Looking at the New Estimates of the Illegal Population 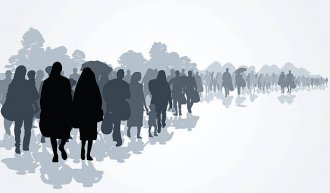 The most recent estimates of the illegal immigrant population from the Center for Migration Studies (CMS) show 10.8 million illegal immigrants living in the country. The estimates, prepared by well-respected researcher Robert Warren, who is a pioneer in creating estimates of this kind, may be correct. However even if one accepts the estimates, it must remembered that new illegal immigrants continue to arrive in large numbers, but are offset by return migration, legalizations, and deaths, so the total illegal population may not grow or even decline. But it is still the case that the illegal population remains huge, and modest declines that are almost certainly within the margin of error are not an indication that the problem has been solved.

As we pointed out the last time the Center for Immigration Studies discussed CMS illegal estimates, there are several things to keep in mind: