IG findings are an indictment of the administration’s handling of unaccompanied alien children, and a warning about insecure borders 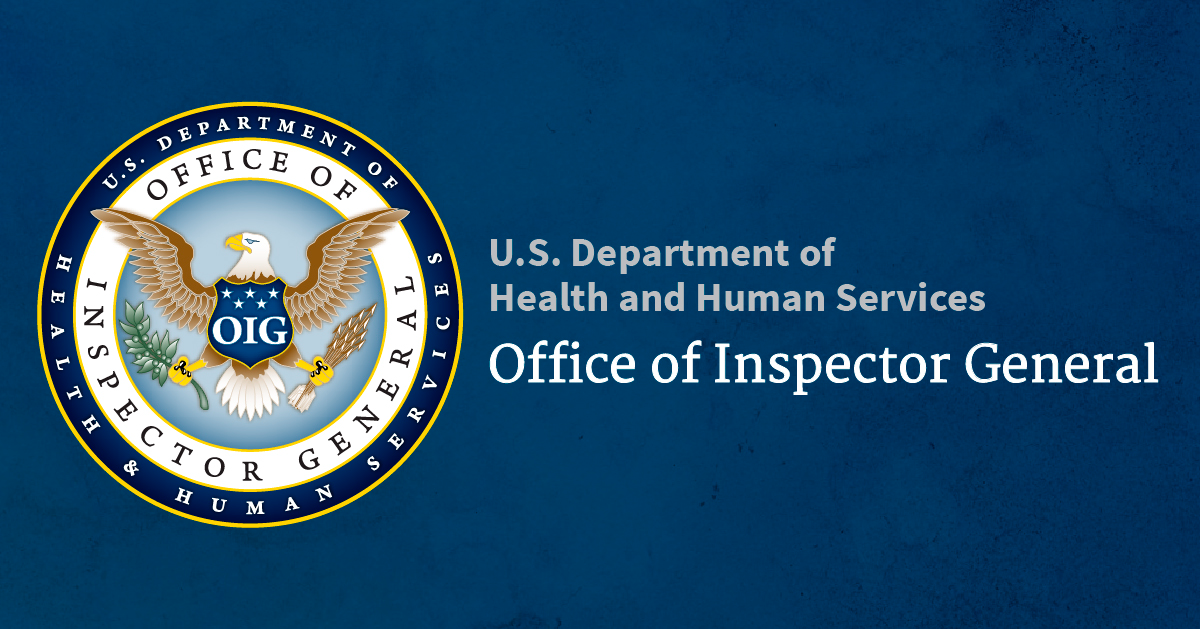 On September 27, the Department of Health and Human Services’ (HHS) Inspector General (IG) issued a report blasting the performance of the Office of Refugee Resettlement (ORR) — an HHS component — in caring for, tracking, and releasing unaccompanied alien children (UACs) apprehended at the Southwest border and entrusted to ORR’s care at its emergency intake sites. As the administration’s border policies have prompted a disaster at the border, it has failed to care for the most vulnerable migrants.

ORR and Unaccompanied Alien Children. By way of background, prior to March 2003 when it was abolished, the INS had custody of the unaccompanied children it encountered. When DHS was created in the Homeland Security Act of 2002, however, House Democrats amended that bill to give ORR jurisdiction over UACs apprehended by DHS.

Why ORR? Having been in the room when that amendment was agreed to, I have no idea. It was subject to little discussion, scant explanation, and no debate. Neither ORR nor HHS had traditionally run housing and release facilities before and have shown little acuity in doing so since.

Despite these facts, ORR’s role in providing shelter to UACs was expanded in the Trafficking Victims Protection Reauthorization Act of 2008 (TVPRA). Section 235 of the TVPRA divided UACs based on nationality, with children from “non-contiguous” countries (i.e., not Mexico and Canada) treated much differently from Mexican or Canadian minors.

Under that provision, DHS can quickly return Mexican and Canadian children home if they have no fear of return and have not been trafficked.

UACs from all other countries, however, are to be sent to HHS (within 72 hours, when possible), for placement in shelters ORR runs or contracts for. Those children, in almost all cases, are to be placed with sponsors in the United States — many if not most of whom are their own parents or close family members here illegally — and are placed into removal proceedings (which can drag out for five years or more).

The Washington Post explained in August 2014 that the TVPRA “has encouraged thousands of Central American children to try to reach the United States by granting them access to immigration courts that Mexican kids don’t enjoy”, while President Obama called, unsuccessfully, on Congress in June 2014 to plug this TVPRA “non-contiguous” loophole.

UAC Surge Under Biden. Across the board, the number of migrants of every nationality and in every demographic group entering the United States illegally across the Southwest border has surged under the Biden administration.

In FY 2021 alone, Border Patrol apprehended nearly 145,000 UACs at the U.S.-Mexico line, more than 86 percent of them between February and September of that year (i.e., after President Biden's inauguration). Of those UACs, about 121,000, or more than 83 percent, were from countries other than Canada or Mexico.

Those trends have not slowed in FY 2022. Through the end of August, Border Patrol agents are on track to beat last year’s record after apprehending more than 137,500 UACs at the Southwest border — more than 82 percent of them from “non-contiguous” countries.

HHS IG Report. All of which brings me to the HHS IG report.

As the IG explained, to handle the surge in UACs at the Southwest border, ORR opened 14 of what it termed “emergency intake sites” (EISs) at various locations, including Ft. Bliss, in El Paso, Texas, the primary focus of that report.

Those EISs were in addition to the approximately 200 third-party facilities in 22 states with which ORR contracts in its care-provider network, and which now provide it with 17,000 licensed beds for UACs.

Initially, the EISs were meant as a stopgap, and thus did not provide the full range of services that ORR’s licensed facilities do, and in particular case management services to ensure that UACs are released safely and in a timely manner.

Given the continued flood of UACs and limitations on shelter space due to Covid-19 restrictions, however, ORR began releasing UACs to sponsors directly from those EISs.

Contractors, subcontractors, federal employees, and volunteers from within various federal government agencies provided those case management services at the EISs. Concerns and complaints about the case management services at the Ft. Bliss EIS and about the safety of children there quickly poured in from Congress, advocates, and others. Those complaints triggered the IG’s review.

The IG investigated those complaints and identified numerous flaws and failings in this system. Two stand out.

The Removal of Safety Measures in the Sponsor Screening Process. First, the IG found, “field guidance issued from March 2021 through June 2021 removed basic safety measures from the sponsor screening process in an effort to expedite children’s release from care”. As the report rather logically explained, “Although ORR must ensure that children do not experience unnecessary delays in release, it must also ensure that children are safely released to thoroughly vetted sponsors.”

Insufficient vetting of sponsors has been a problem that has plagued ORR’s UAC program on and off for years, as my colleague Jessica Vaughan explained in 2015.

The Trump administration attempted to address this vetting problem, including by requiring HHS to provide information on sponsors to DHS. Consequently, however, the time UACs spent in ORR care while proper sponsors were located increased from 48 days in FY 2017 to 102 days in FY 2020.

Then-candidate Joe Biden excoriated Trump over UAC detentions, bellowing on his campaign website’s immigration page: “It is a moral failing and a national shame when ... children are locked away in overcrowded detention centers and the government seeks to keep them there indefinitely.” Not surprisingly, things changed once Biden took over.

The IG found that ORR field guidance issued in March 2021 “greatly reduced the information collected by case managers to examine children’s mental health, social history, and the quality of children’s relationships with their potential sponsors, for children being released to a parent or legal guardian”.

That guidance also removed “a level of third-party review of the sponsor screening process designed to help ensure that children are safely released to their sponsors”, as well as “background checks and identity verification for other adult household members and alternate adult caregivers in cases involving a sponsor who is the child’s parent or legal guardians.”

Notably, those lessened standards only applied “to cases where the child was determined not to be especially vulnerable, subject to a required home study, or to be at additional risk for abuse or neglect”, but such policies create a significant vulnerability in a situation where, frankly, not much is really known about the child or the sponsor.

Similarly, field guidance issued later that month “reduced the background checks and identity verification required in cases in which children are released to siblings, grandparents, cousins, or other close relatives”.

I can assure you from my years as a prosecutor and immigration judge that serious abuse and neglect — even by “family members” — is a real thing, and reducing these safeguards created an unacceptable risk.

You don’t have to trust me, however. In a July 2021 letter to ORR leadership, referenced in the IG report, federal field specialists complained: “Case management staff are encouraged to strive to do the absolute minimum vetting of sponsors to effectuate the quickest releases. As a result, there are safety issues that are likely being overlooked.” That’s an understatement.

Deficiencies in ORR’s Online Case Management System. Anyone who has relied upon computers and data systems knows that the technology that has improved our lives can also present novel challenges. One would also expect, however, that when it comes to the placement of kids, the federal government would work to avoid any big IT issues. According to the IG, however, that would be an overly optimistic view.

Apparently, the online case management system on which EIS facility staff relied was susceptible to what the IG termed “usability issues, including crashes, timeouts, and missing data”, which diminished the usefulness of that system (UC Portal) as a management tool.

That may not sound like a big deal, but according to the IG, it was because those issues made it difficult to both enter and access data in UC Portal.

Timeouts would occur about 10 times per day, and when they occurred, all unsaved data would be erased, wasting the time of case managers that could have been spent moving cases forward. UC Portal would also, according to complaints, be down for months at a time. In addition, critical information was missing from the system, and consequently, children who were still in the facility would be listed as discharged — as many as 500 at a time.

It’s bad enough that ORR under the Biden administration had lost nearly 20,000 children it had released as of March. Apparently, it couldn’t even keep track of some of those still in its facilities.

Deficiencies in the search capabilities of UC Portal also hindered the ability of case managers to determine whether potential sponsors had already sponsored other UACs. Specifically:

When searching for a sponsor by name, case managers found that only records that exactly matched the spelling and capitalization of the entered name were produced. For example, a search for sponsor “Juana Gomez” would not produce results for former sponsors “juana gomez,” “JUANA GOMEZ,” “Juana M. Gomez,” or “Juana Gomez-Ramos.”

As the IG explains: “This step is necessary to help ensure that children do not fall victim to trafficking and other forms of exploitation, as could be the case when one adult attempts to sponsor several unrelated children.” That’s a critical problem, and a deficiency that Google likely could have fixed.

I’m Sympathetic, But ... At some level, I’m sympathetic to ORR. The surge of UACs coming across the Southwest border since February 2021 has been historically high, and the agency could never have prepared to deal with so many kids at once.

That said, the president knows the TVPRA needs to be fixed, given that the Obama-Biden administration called on Congress more than eight years ago to fix it. Yet the president has not made a request of the sort that his old boss did back in 2014.

In addition, in breaking ranks with all his predecessors by refusing to deter illegal entries, Biden is helping to fund and strengthen the smuggling organizations that massive numbers of migrants — including UACs — are using to come to the United States illegally. Simply put, the more who show up, the more who will follow.

I also fault the administration for refusing to prosecute the parents and family members who are endangering children of tender years by paying the smugglers who bring those kids to the United States. Eight-year-olds in Honduras don’t wake up and decide to pay $7,000 to travel to El Paso illegally; their parents and family members do, and the ultimate responsibility for the kids’ fate rests with them.

Despite administration complaints, the immigration system isn’t “broken”, but it is overwhelmed due to the president’s illegal refusal to enforce the immigration laws and secure the border. The HHS IG report is both an indictment of the administration’s handling of unaccompanied alien children and a warning about what happens when the country loses control of its borders. The White House will likely ignore both, to the peril of an untold number of kids.