It's Time to Talk About the Kids — and Prosecuting Their Parents 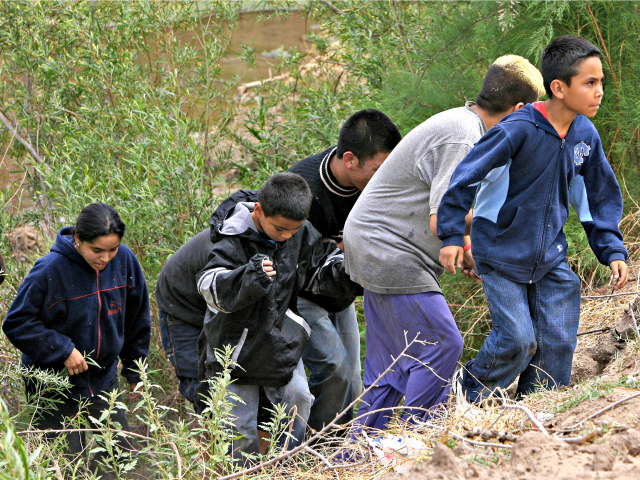 The thousands of unaccompanied alien children (UACs) being apprehended at the Southwest border are all over the news of late, and the news is not good. They languish in CBP facilities not built to provide for them, the administration is scrambling to find HHS shelter space for those UACs, and at one emergency shelter in Midland, Texas, 10 percent of the children have tested positive for Covid-19. It's time to talk about the kids, and more importantly, prosecuting their parents, if they paid their smugglers.

Older UACs may (and I stress "may") have decided on their own to hire a smuggler to bring them to the United States. But some 25 percent of UACs are younger than 15, and likely did not pay for their journey to the United States. That means someone had to, and usually that is the UAC's family, and in particular their parents.

That order was issued in December 2013, but there is no reason to believe that this dynamic has changed in the past seven-plus years. In fact, in a February 2017 memorandum, then-DHS Secretary John Kelly stated:

Approximately 155,000 unaccompanied alien children have been apprehended at the southern border in the last three years. Most of these minors are from El Salvador, Honduras, and Guatemala, many of whom travel overland to the southern border with the assistance of a smuggler who is paid several thousand dollars by one or both parents, who reside illegally in the United States.

Kelly noted that: "Approximately 60% of minors initially determined to be 'unaccompanied alien children' are placed in the care of one or more parents illegally residing in the United States."

If you want to know why 29,010 UACs have been apprehended by Border Patrol in FY 2021, start with the parents who are illegally here.

Curiously, I was challenged on this point during a recent television interview. My opponent called it a "nice talking point for the restrictionist movement". As Judge Hanen and Secretary Kelly made clear, however, parents paying the smugglers of UACs is a fact.

Kelly called for "the proper enforcement of our immigration laws against any individual who — directly or indirectly — facilitates the illegal smuggling or trafficking of an alien child into the United States", including through removal and criminal prosecution.

Unfortunately, however, I am unaware of any parent who was subsequently prosecuted for paying a smuggler to bring his or her child illegally to this country. It is time for us, as a body politic, to discuss doing so.

This is not a simple border control issue, but rather one that directly affects the welfare of those UACs. Kelly explained: "Tragically, many of these children fall victim to robbery, extortion, kidnapping, sexual assault, and other crimes of violence by the smugglers and other criminal elements along the dangerous journey through Mexico to the United States."

Given this, I agree with his assessment that "the smuggling or trafficking of alien children is intolerable", in the truest sense of the word. We cannot and should not as a nation tolerate it.

Do I seriously expect President Biden or Attorney General Merrick Garland to direct such prosecutions? No, not at this point. That is why the discussion must be had. As Mahatma Gandhi stated: "There goes my people. I must follow them, for I am their leader."