Even Rolling Stone Is Attacking Biden's Handling of the Border Crisis

The president's treatment of children is no winner with Wenner 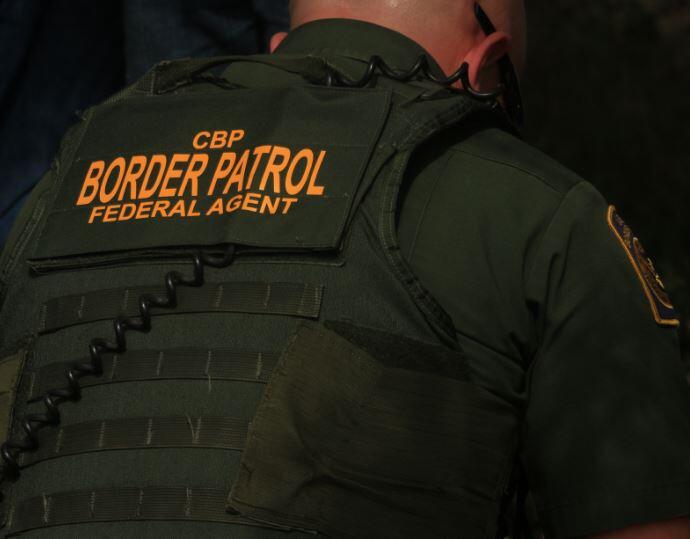 On March 13, Rolling Stone published a scathing article decrying the conditions in which unaccompanied alien children (UACs) are being detained at the border. It both undermines similar criticisms of the Trump administration and underscores how President Biden's performance at the border has quickly fallen into disrepute, among even those on the left.

Then-candidate Joe Biden stated on his campaign website that:

It is a moral failing and a national shame when ... children are locked away in overcrowded detention centers and the government seeks to keep them there indefinitely. When our government argues in court against giving those children toothbrushes and soap.

"Keep them there indefinitely"? There were certainly a small minority of UACs (in particular, known gang members and others with criminal records) whom the Trump administration sought to detain in shelters and not release. That actually is in keeping with the law.

As I have explained numerous times in the past, under a 2008 law, all UACs are generally to be handed over within 72 hours of apprehension to the Department of Health and Human Services (HHS), for placement in a shelter overseen by its Office for Refugee Resettlement (ORR). ORR holds most of those aliens for placement with a sponsor (usually a family member who is usually also illegally present).

That law includes the following caveat: "A child shall not be placed in a secure facility absent a determination that the child poses a danger to self or others or has been charged with having committed a criminal offense." So, even the sponsors of that law anticipated that there would be some long-term detention of UACs.

ORR's job is not easy, because the detention of children and teens in even the best of shelters is easily derided. That office needs to determine that a sponsor is fit and that the child will be taken care of if released and show up in court. That takes time, however, and every additional day in a shelter is just more grist for the mill of advocates seeking UAC releases.

The "toothbrushes and soap" part refers to a June 2019 circuit court argument wherein a bewildered DOJ attorney attempted to explain the situation that CBP was dealing with as it related to UACs then being held at the border. You can watch that part of the argument itself (beginning at the 30:30 mark), and you will see that it is more nuanced than the reporting may have led you to believe.

I explained, in-depth and in real time, that border situation in a series of posts between May and late June 2019. It seemed like I was the only one telling it straight.

Long story short: There was a huge influx of UACs; HHS ran out of resources for shelters, so UACs remained in Border Patrol custody way too long; and the administration begged for more shelter money for seven weeks. Members of Congress and the press kicked the Trump administration around for seven weeks, and only then did our representatives pony up the cash.

The then-candidate also made the following promise on his website: "Biden will direct the necessary resources to ensure asylum applications are processed fairly and efficiently, while treating families and children with compassion and sensitivity." That's rhetoric. Rolling Stone offers the reality.

First, though, let me explain that the situation the Biden administration has created at the border both through its rhetoric and in rolling back Trump policies and procedures is very similar to what CBP was dealing with in the spring and summer of 2019. Then and now, HHS is out of shelter space and is scrambling to find it, while UACs languish in CBP custody.

It explains that one CBP "facility in Donna, Texas, had reached 729 percent of its pandemic capacity this month. CBS reported that while the facility was designed to hold 250 people, it was holding more than 1,800 people as of March 2."

UACs of late have been held in CBP custody for a week or more, and some of them claim that they had to "take turns sleeping on the floor" for lack of space. They are detained "in unsanitary conditions, often without access to soap", or even to showers for that matter.

None of this should happen, but all of it is explicable. In fact, I have defended President Biden's UAC detention policies, at least with respect to HHS shelters. A lot of Republican senators and members of Congress — who themselves were excoriated by the "toothbrushes and soap" and "kids in cages" tropes — are likely not going to be too keen about getting Biden out of this mess by giving HHS more funding.

But they have to.

The administration, however, has to play its part by crafting a policy that will dissuade would-be migrants — and in particular the family members of UACs who are facilitating their smuggling to the border — from coming in the first place.

Telling would-be migrants "they need to wait" (as DHS Secretary Alejandro Mayorkas did on March 1) will not only fall on deaf ears, but will simply encourage them to come faster. It's like the 1979 concert by the band "The Who" in Cincinnati, where 11 died and eight were seriously injured in a stampede.

Rumors began that the concert was oversold, and some of the seats were not reserved, so crowding patrons rushed in through a broken glass door and others they had thrown open to get the best seats. That is exactly what is occurring at the border today, with rumors stoked by smugglers.

Consider the following quote from Guadalupe Correa-Cabrera at George Mason University in Virginia, who studies migrant smuggling networks: "People are not doing this because they think that the border is going to open to them but because of an expectation that once they're in they'll be treated with more respect." Substitute "good seats" for "more respect", and the analogy is exact.

No promise that the Biden administration can make will ameliorate the situation. Only enforcement will, and that means returning to some Trump-era policies. In that regard, they have to be the adults.

Rolling Stone ran a moving tribute that explained the concert tragedy in Cincinnati in January 1980. Not that unusual, because writing about music is what the magazine has traditionally done.

It was founded in the then-counter-culture hub of San Francisco in 1967, by Berkeley grad Jann Wenner and Ralph Gleason, a jazz critic for the San Francisco Chronicle. Wenner, now a media mogul, still runs the show.

Recognizing its audience, the magazine branched out into politics, with essays by (among others) the great "gonzo" journalist Hunter S. Thompson. That politics is uniformly of the liberal sort, which makes its criticisms of the Biden administration all the more striking.

President Lyndon Johnson likely did not assert "If I've lost [Walter] Cronkite, I've lost middle America" in response to the CBS News anchor's reporting on the 1968 Tet Offensive in Vietnam. But the myth remains because Cronkite's reporting was then considered to reflect the mood of the nation.

Similarly, Rolling Stone mirrors the attitudes of the aging left-wing baby-boomers who grew up reading it. If the president's performance at the border receives such low marks from the magazine, he risks alienating an important voting bloc that supported him from the beginning.

And, at least right now, Biden's UAC policies are no winner with Wenner.