As he did for its predecessors; it would be easier and safer if DHS just enforced the law Congress wrote 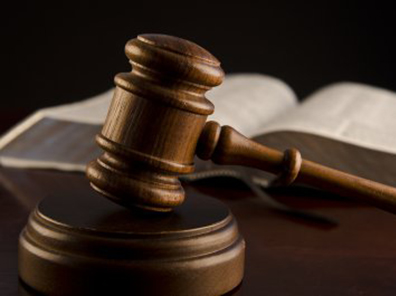 On June 10, Judge Drew Tipton of the U.S. District Court for the Southern District of Texas issued an order in Texas v. U.S., vacating DHS Secretary Alejandro Mayorkas’ latest immigration enforcement guidance, issued on September 30 and captioned “Guidelines for the Enforcement of Civil Immigration Law” (Mayorkas memo). Judge Tipton has issued a similar order about prior versions of that guidance, but this one was supposed to be bullet-proof. It isn’t, at least not yet. Enforcing the law would be easier — and safer for the American people.

As the Supreme Court has explained:

Policies pertaining to the entry of aliens and their right to remain here are peculiarly concerned with the political conduct of government. In the enforcement of these policies, the Executive Branch of the Government must respect the procedural safeguards of due process. But that the formulation of these policies is entrusted exclusively to Congress has become about as firmly imbedded in the legislative and judicial tissues of our body politic as any aspect of our government.

Prior Biden Administration Guidance. The Mayorkas memo is the third such guidance that has been issued under the Biden administration to limit immigration enforcement.

That memo announced a 100-day review of DHS immigration-enforcement policies, as well as a 100-day moratorium on almost all removals from the United States. Setting the table for the litigation that followed, Judge Tipton blocked the removal moratorium portion shortly after that memo was issued, and it thereafter expired.

The Tae Johnson memo expanded — ever so slightly — the class of aliens deemed enforcement priorities in the Pekoske memo.

Threats to national security and border security still made the list, but the February 18 guidance also included non-detained aggravated felons and certain gang members, if they “pose[] a risk to public safety” (though it is hard to imagine many who don’t).

The Pekoske and Tae Johnson memos were challenged by the states of Texas and Louisiana, which started the instant suit, Texas v. U.S.

On August 19, Judge Tipton issued an order enjoining the restrictions in the Pekoske and Tae Johnson memos on immigration agents in their enforcement of the immigration laws against criminal aliens.

A month later, a three-judge panel of the Fifth Circuit trimmed the scope of Judge Tipton’s injunction. In its decision, the Fifth Circuit noted that new guidance would be issued by the end of September by DHS. That’s when things got interesting, because the state plaintiffs sought a rehearing of that decision before all 17 judges of the Fifth Circuit as a whole (en banc).

On November 30, the Fifth Circuit granted that request, vacating the limitations that the three-judge panel had placed on Judge Tipton’s original injunction.

By that point, the Mayorkas memo had been issued, and so the state plaintiffs agreed in early December to allow the administration to dismiss its original appeal, essentially sending the case back to Judge Tipton to review the new guidance.

Mayorkas Memo. Which brings me to the new Mayorkas memo. Relying again on DHS’s prosecutorial discretion, it set limits on which facially removable aliens DHS agents and officers are allowed to question, apprehend, detain, prosecute, and remove, but purported to give ICE officers more latitude to act against other removable aliens.

Like the Pekoske and Tae Johnson memos, the Mayorkas memo essentially reiterated the national security and border security priority findings in the prior two.

Unlike the prior two memos, however, the third one did not limit the “threat to public safety” priority to aliens who have been convicted of aggravated felonies, but instead focused on aliens who have engaged in “serious criminal conduct”.

The gravity of the offense, its sophistication, the degree of harm caused, whether a weapon was used, and whether the criminal alien is a serial offender all were to go into the determination of whether the latest offense was serious, and thus a “priority” for enforcement.

Even if the offense was deemed to be serious, however, Mayorkas directed ICE officers and agents to also consider certain “mitigating” factors before taking enforcement action.

Congress, however, does not require ICE officers to consider things like whether a drug dealing alien is a good dad or has a relief claim. Those factors may play into whether the alien is ultimately eligible for relief, but not whether the alien should be arrested to begin with.

The second provision is section 241(a) of the INA. It requires ICE to remove all aliens within 90 days after their removal orders have become final, and to detain them pending removal. For criminal aliens, release under that provision is even more restrictive: “Under no circumstance during the removal period shall [DHS] release an alien who has been found” inadmissible or deportable on criminal grounds.

Reasons for the INA Criminal Detention Mandates. Congress was not writing on a blank slate when it added those sections to the INA in the Illegal Immigration Reform and Immigrant Responsibility Act of 1996 (IIRIRA). Citing Supreme Court precedent, Judge Tipton explained in his latest order that section 236(c) of the INA in particular was “was enacted ‘against a backdrop of wholesale failure by the INS to deal with increasing rates of criminal activity by aliens’”.

The failure “to remove deportable criminal aliens” resulted in overpopulated prisons, monetary costs, and increased crime. ... Crucially, “Congress also had before it evidence that one of the major causes of the INS’ failure to remove deportable criminal aliens was the agency’s failure to detain those aliens during their deportation proceedings.” [Emphasis in original.]

Costs and Threats to the States. Why did the court deem this “crucial”? Because increased costs (both fiscal costs generally and for criminal incarceration) and the heightened risk to their communities posed by criminal aliens who were not detained formed the bases of the state plaintiffs’ standing claims.

Reviewing the evidence presented, Judge Tipton found that the Mayorkas memo increased the number of criminal aliens and aliens with final orders of removal who were being released into the plaintiff states and into the United States as a whole.

One action ICE officers were directed to take under the Mayorkas memo was to cancel detainers those officers had issued for facially removable aliens. Basically, the agency identifies aliens in criminal custody and issues detainers to request that state and local authorities notify its officers before they are released, so ICE can pick them up and hold them.

ICE rescinded such detainers for various reasons in the past, but it did that so rarely that between 2017 and 2020, no more than a dozen detainers had been rescinded per year for aliens in Texas state and local custody, and the Texas Department of Criminal Justice (TCDJ) didn’t bother to track such requests.

Judge Tipton explained that between January 20, 2021, and February 15, 2022, however, ICE rescinded 170 detainers for aliens in TDCJ custody. TCDJ pushed back, and so ICE took some of those aliens into its custody. But in 141 cases in which the alien had a serious drug conviction for example, the rescissions remained in effect and the state released 95 of those aliens on parole.

Seventeen of those 95 failed to comply with the conditions of their parole, four committed new offenses, and one skipped and has a warrant out for his arrest. Reviewing all of the evidence, Judge Tipton concluded: “There has been little practical difference between ICE’s detention of aliens with criminal convictions under” the Tae Johnson and Mayorkas memos, even though the latter purported to give officers more latitude to detain criminals.

Nationally, Judge Tipton found that DHS’s detention of criminal aliens has plummeted since Biden took office, as has the total number of aliens removed from the United States. In the plaintiff states, this has resulted in increased incarceration, education, and healthcare costs, as they demonstrated.

He further held that Mayorkas’ recourse to prosecutorial discretion to not detain those aliens contravened the language of those provisions, Supreme Court precedent, and as explained above the legislative history in IIRIRA. Finally, he concluded that the state plaintiffs fell within the “zone of interests” that those statutes were intended to protect.

He also concluded that DHS had acted in an “arbitrary and capricious” manner in violation of the APA in issuing the Mayorkas memo because it failed to properly consider the rates of recidivism and abscondment by criminal aliens, and by ignoring the fiscal costs to the states and their reliance interests in proper enforcement.

Finally, Judge Tipton concluded that the Mayorkas memo was a “legislative rule”, and therefore should have been subject to public “notice and comment” before it took effect. It wasn’t, again in violation of the APA.

Vacating the Mayorkas Memo in Its Entirety. Having made these findings, Judge Tipton could have issued some combination of three different orders: A “remand without vacatur” (restoring the status quo before the rule took effect while the agency attempts to fix it); a “remand with vacatur” (leaving the rule in place during remand to fix it); and a permanent injunction.

The state plaintiffs requested that the court vacate the Mayorkas memo in its entirety and issue a permanent injunction directing aliens be detained under sections 236(c) and 241, but the court decided that was not necessary or appropriate.

Instead, Judge Tipton issued just a remand with vacatur, concluding that under the specific provision of the APA the plaintiffs cited in requesting a permanent injunction, he could only direct DHS take “discrete” action in an individual situation, but not detain aliens programmatically.

That said, he lifted the restrictions on ICE officers in doing their jobs, and also left the door open to further relief as necessary, while at the same time allowing the administration a week to consider its appeal options before his order takes effect.

It is ridiculous for DHS to issue guidance in violation of congressional mandates directing criminal aliens be detained, guidance that endangers the community and imposes significant costs on the states. That is what Judge Tipton found the department did in the Mayorkas memo, however. If this order stands (and it should), it would be easier — and safer for American people — for the secretary to simply enforce the law against criminal aliens. This administration has failed to do that since day one, though.