Does the current president agree with Obama on solving the child-migrant crisis? 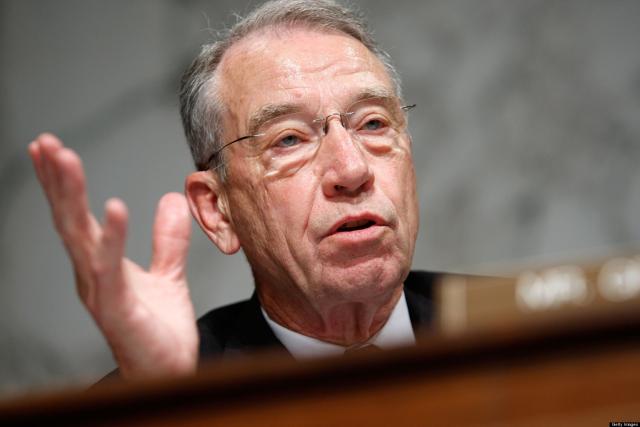 That law is section 235 of the Trafficking Victims Protection Reauthorization Act of 2008 (TVPRA).

Under that section, if DHS encounters an unaccompanied child from Canada or Mexico, it must screen that child within 48 hours to determine if that child has an asylum claim or has been trafficked. If the child does not fear return and has not been trafficked, the child can be sent back home. So far, so good.

If the child is from a non-contiguous country, however, DHS must transfer the child within 72 hours to the Department of Health and Human Services (HHS), even if the child has not been trafficked and has no fear of return. HHS puts those children in shelters it runs or for which it has contracts, generally for quick placement with a sponsor in the United States.

Those children are also placed into removal proceedings, but almost 41,700 of them failed to show between FY 2014 and FY 2020.

More importantly, however, this “transfer-and-release” requirement has simply encouraged parents and other relatives of UACs from non-contiguous countries to have them smuggled into the United States.

Want proof? Statistics from one six-month period (July 2018 to January 2019) reveal that 78.7 percent of UACs were released to a sponsor without status in the United States, and DHS reported in February 2017 that about 60 percent of UACs had been placed with their own parents, who are also here illegally.

In March, Border Patrol caught 18,663 unaccompanied children at the Southwest border, of whom just 2,277 were Mexican nationals. The vast majority (almost 15,800) were from El Salvador, Guatemala, and Honduras (the number of Canadian UACs — assuming there were any — is not otherwise reported).

That was the largest number of UACs ever apprehended in a month for which CBP keeps statistics (since FY 2010; illegal entry by unaccompanied children really only occurred in large numbers after passage of the TVPRA), but it was not the first month in which large numbers of UACs entered illegally.

In June 2014, for example, Border Patrol apprehended 10,620 unaccompanied children at the Southwest border (the largest monthly total up to that point), and the then-administration struggled to respond to that surge. Obama called it an "urgent humanitarian situation" that month, and asked Congress for an additional $1.4 billion to deal with that situation.

Reminiscent of current conditions at the Southwest border, the Obama administration housed those children where it could on an emergency basis, prompting a backlash from immigrant advocates.

It was in this context that Obama sent the June 2014 letter to leaders (both Republican and Democratic) in the House and Senate.

He requested that they provide DHS “additional authority to exercise discretion in processing the return and removal of unaccompanied minor children from non-contiguous countries like Guatemala, Honduras, and El Salvador”.

In other words, Obama was asking Congress to amend section 235 of the TVPRA, to eliminate that section’s special treatment of unaccompanied children from non-contiguous countries.

Interestingly, the editorial board of the Washington Post then concurred that this provision was a problem, stating in August 2014: “Inadvertently, that law has encouraged thousands of Central American children to try to reach the United States by granting them access to immigration courts that Mexican kids don’t enjoy.”

Respectfully, the effect of that law may have been “inadvertent”, but it was far from unforeseeable to anyone who understands how the world really works. And the distinction between Mexican and Canadian UACs on the one hand, and all other UACs on the other, doesn’t even make sense.

Nonetheless, Congress did nothing, and so that loophole remains, exacerbating the current crisis at the border. Simply put, Border Patrol stations are not fit to detain children for any extended period of time, but HHS has a hard time finding space for a surge of them. That means that Border Patrol agents are left to care for those children, limiting their ability to actually patrol the border.

Curiously, Biden complained about exactly this situation on his campaign website, where he stated: “The Trump Administration’s policies have created a humanitarian disaster at our border and grossly mismanaged the unprecedented resources Congress has allocated for it.”

After almost three years, this Administration still doesn’t have a coherent plan for the protection and processing of children and families. CBP officers in the field, who are neither trained nor equipped for this work, are shouldering outsized responsibility for managing this crisis.

Of course, Biden, as Obama’s vice president, had a front-row seat during the 2014 “urgent humanitarian situation” created by large numbers of unaccompanied children at the Southwest border, so he can likely respond to the current problem more quickly than his predecessor (who was a political novice).

That means succeeding where his old boss failed, and working with Congress to close the TVPRA loophole for UACs from non-contiguous countries — as the Washington Post and I have promoted, and as Grassley and Jordan have now called on Biden to step up and do.