WSJ Describes a White House in Disarray on Immigration

Policies not working to control the border, keep the country safe, or improve Biden’s electoral outlook 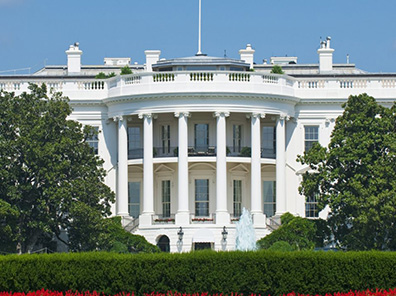 A Wall Street Journal article last week captioned “Biden’s Handling of Immigration Marred by Internal Rifts and Policy Reversals” paints a picture of a White House in disarray in handling the largest influx of illegal migrants at the Southwest border ever. If accurate, that article answers a question that I get asked a lot: “Why is Biden allowing the border to get so out of control?” The answer: A lack of clear policy — and some bad political advice.

The Journal describes two separate camps in the White House, each attempting to pull the strings on U.S. immigration enforcement.

On the one side are White House Chief of Staff Ron Klain, National Security Adviser Jake Sullivan, Senior Adviser Cedric Richmond, and Susan Rice, the domestic policy adviser. Each is pushing strategies to deter migrants from entering the United States illegally. They are joined by “career border-enforcement officials”, i.e., people who understand how the real world works.

Opposing them are many of the president’s campaign advisors, who “now occupy several top immigration-policy jobs at the White House, the Department of Homeland Security and the State Department”.

They argue deterrence does not work, and so instead they want to manage the chaos (my words, not the Journal’s) by “overhauling the immigration system to resolve requests for asylum faster, give asylum seekers the ability to apply from their home countries and create more legal immigration pathways.”

This clique has the backing of “the Democrats’ progressive wing in Congress and immigration advocacy groups influential in the administration and the party”. No surprise there.

The “No Borders” Camp Is Winning

There is an anecdote about Kemal Ataturk, the father of modern Turkey who created the nation out of the ashes of the Ottoman Empire. Allegedly, a New York Times correspondent had written that “Turkey was ruled by 20 bandits and a drunk” (Ataturk was known as a tippler). That led Ataturk to correct the reporter: “No, the drunk is in charge.”

Like Ataturk, it is apparent from the few coherent immigration policies the Biden administration has implemented that the anti-deterrence folks are running the show, for now.

For example, a regulatory proposal published by DHS and DOJ in August would, essentially, allow the administration to quickly release most illegal migrants apprehended at the Southwest border into the United States, and to expedite their eligibility for work authorization. It would also remove safeguards on the asylum system, which would allow them to gain permanent status in the United States.

The Center responded to that proposal with an 83-page, single-spaced comment, which included 433 footnotes. I assisted in that effort with my colleagues Rob Law and Julie Axelrod, and although I am admittedly prolix, none of our points (almost exclusively in opposition to that proposal) were overkill.

The proposal would turn border enforcement into a de facto admissions process, flooding the workforce with hundreds of thousands (if not millions) of unskilled workers annually who would be placed into direct competition with the least advantaged American workers — citizens and lawful immigrants, alike.

Border Patrol agents would become like the state troopers at my local DMV, nominally there to ensure order, but essentially reduced to front-desk clerks directing illegal migrants to the correct windows to apply for status and benefits.

At least the “no borders” advisors described in the Journal piece have the courage of their convictions (as erroneous and misguided as they are). Although, again, the paper does not state as much, they truly question the moral authority of the United States to enforce its borders at all and see unlimited immigration as an unmitigated good.

Want proof? You need look no further than the November 16 testimony of DHS Secretary Alejandro Mayorkas before the Senate Judiciary Committee.

As I reported on November 18, Sen. Lindsay Graham (R-S.C.) asked Mayorkas whether he thought the United States had “more control over the border now than we did under Trump”. In response, and when pressed Mayorkas stated: “I think that we have more control consistent with our values as a nation.”

By any objective measure, and regardless of what you think about the 45th president, DHS under the Biden administration has significantly less control over the 1,954-mile Southwest border than it did under Trump.

The Biden administration, however, has repeatedly attempted to end MPP, only to have it revived, Rasputin-like, again and again in the courts.

The Biden administration promises to reinstate MPP (with a metaphorical gavel to its head), while at the same time Mayorkas has issued a memo terminating MPP anew. Mayorkas’s main reason for terminating MPP (which does not apply to Mexican nationals) is the danger that being sent back to Mexico would pose to the migrants.

Two points are in order. First, those migrants availed themselves of Mexico to begin with by transiting that country on their way to the United States. Second, Congress expressly gave DHS the authority to return illegal migrants back across the border to await their removal hearings, in section 235(b)(2)(C) of the Immigration and Nationality Act (INA).

In enacting that provision, Congress logically assessed the hardships that aliens would face if they were forced back across the border, but gave DHS the authority to do so anyway. Mayorkas, however, apparently believes that its action in this regard was not “consistent with our values as a nation”. Respectfully, making such determinations is why we elect representatives and senators to begin with.

A Government of Men, Not Immigration Laws

More than 60 years ago, William F. Buckley famously stated, “I would rather be governed by the first 2,000 people in the telephone directory than by the Harvard University faculty”, a sentiment with which I concur. I trust the people to make the right decisions, even if that trust is often betrayed.

In this context, however, the people’s representatives have decided how our immigration laws are to be enforced. Under the Biden administration, those decisions are being ignored, or twisted beyond all recognition in the name of Mayorkas’s inchoate and undefined “values”. Subjective determinations like these undermine the laws, and with it our very concept of self-governance.

Remember the quote from John Adams, “a government of laws, and not of men”? This is what he meant.

Defending American self-governance under the British crown in March 1775, Adams explained that Britain was more of a republic than an empire, with the king as “first magistrate”. Significantly, he argued that there “is no objection to the government's being a republic, as long as it is bound by fixed laws, which the people have a voice in making, and a right to defend.”

Congress wrote the INA, and the people have the sole and incontrovertible right to have it enforced. That is what the states (primarily Texas) are arguing in court when opposing Biden administration policies that fail to enforce those laws.

Respect for the laws is the first “value” in any republic, and that means respect by citizens, foreign nationals, and even the president. When Mayorkas or any other majordomo substitutes his own values for that one, we stop being a government of laws. Everything after that is on the chopping block.

The “Pro-Enforcement Bloc” and the Quasi-Purity of Politics

By the way, I have not presented the rationales of the other side in the White House immigration fight described by the Journal. I will term them as the “pro-enforcement bloc”, although that likely overstates their fidelity to the law.

Their concerns are slightly less “pure”, at least facially. They want immigration “reforms”, but know enforcement is necessary to get them. And, as the Journal explains: “Some of those top advisers have also expressed concern in meetings that record-high illegal border crossings damage the president’s standing with moderate voters, people familiar with the matter said.”

That’s right — their concerns are purely political, with good reason. Democrats are running against some pretty strong headwinds heading into the 2022 midterm elections, and the president’s mishandling of the border threatens not just his popularity, but the electoral prospects of his fellow partisans.

Politics, however, is ideally a means to an end, and not an end in itself. Generally, the people do not like to see chaos at the border and loathe having officials flagrantly enforcing the laws only when they suit their purposes (or “values”). When things aren’t working out in these regards, they want a change.

Biden’s immigration policies have never been effective, but curiously they have never been popular, either. On February 5, I described the results of a Morning Consult/Politico poll that had been released two days prior — just two weeks after the inauguration.

The president then had an approval rating of 56 percent (it now averages 42.3 percent), but only 47 percent of the electorate then approved of his handling of immigration — 79 percent of Democrats, 14 percent of Republicans, and, most telling, 36 percent of Independents. Biden’s "gun policy" was the only one that polled lower, at 40 percent.

That was before the pictures came out of children in overcrowded detention centers (March), before “Del Rio” (September), and before the final fiscal year apprehension numbers were released for the Southwest border (October).

This is not a recipe for electoral success, and the president’s more seasoned counselors know that.

Klain was chief counsel on the Senate Judiciary Committee in the 1980s (he was also Vice President Al Gore’s chief of staff); Sullivan worked for Hillary Clinton and President Obama; Richmond is a former five-term congressman; and Rice — a former UN ambassador under Obama — got her start under President Clinton. They know what it takes to win — and how bad it feels to lose.

And yes, they want amnesty, but they know that they are not going to get it from Republicans who view “immigration” as a winning campaign issue in the current climate (as Law reported the GOP does). Policies that erase the border will erase any Democratic hopes of legislative changes, too.

The Journal article makes clear that the president is getting advice from both his “no borders” and “pro-enforcement” blocs, and the facts on the ground reveal that up to this point he has sided with the former. Whether he can continue to do so — and whether it is politically feasible for him to continue to do so — is a different question.

What is certain is that the president’s current immigration policies (such as they are) aren’t working — not working to control the border, not working to keep the country safe, and not working to improve the electoral outlook for him or his party.