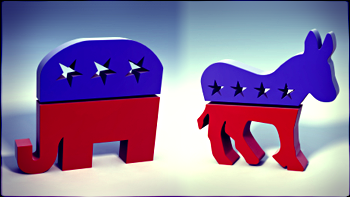 Immigration is shaping up to possibly be the leading issue in the 2022 election season after being largely absent during the 2020 presidential campaign. As Andrew Arthur recently highlighted, numerous polls conducted in October “show immigration [is] a top issue, and a drag on Biden”. As Arthur framed it, “not enforcing the law is unpopular with several key voting blocs.” Arthur separately analyzed an October 31 NBC News poll, which found immigration to be “Republicans’ strongest issue, while trust in Dems on immigration plummets”.

The historically bad border crisis could spell trouble for President Biden’s party during the midterm elections. The critical question is whether the Republican party, which is divided on immigration, will make immigration the focal point on the campaign trail.

A recent poll funded by the National Republican Congressional Committee (NRCC) indicates that the GOP intends to highlight immigration as they attempt to take back control of the House of Representatives. In a two-page memorandum to the NRCC, OnMessage Inc., the company that conducted the survey, writes “New polling shows that key elements of Democrats’ Build Back Better plan along with other Democrat immigration proposals are overwhelmingly unpopular and will have a significant negative impact on Democrats’ electrical chances in 2022.”

The memo only contains highlights, as opposed to the cross tabs, of the poll of 800 likely voters, so the full distribution of respondents is unknown. The poll was conducted between November 2-4 with a margin of error of +/- 3.5 percent.

Likely voters also overwhelmingly oppose giving illegal aliens U.S. taxpayer dollars. Sixty-three percent, including 72 percent of independents, oppose paying $450,000 to illegal aliens who were temporarily “separated” from their children under President Trump’s short-lived Zero Tolerance Policy. When the Wall Street Journal broke this story, President Biden dismissed it as a "garbage report". Yet, just a day later the White House reversed the messaging and said President Biden does support paying illegal aliens hundreds of thousands of dollars. Perhaps surprisingly, a larger margin of 66-to-25, including 76 percent of independents, oppose giving illegal alien children $3,600 per year under the Child Tax Credit, a provision found in the Democrats’ Build Back Better legislation.

The poll also showed that a majority of voters support immigration limits. Specifically, it found that 54 percent of voters, including 59 percent of independents, oppose “removing federal limits on the total amount of immigration authorized each year”. Just 35 percent support unlimited immigration, a position a representative from the Cato Institute advocated for during a congressional hearing earlier this year where I also was a witness. Similarly, 53 percent of voters oppose “removing federal limits on the number of foreign workers who can be hired by corporations to do jobs based in the United States.” Only 36 percent of voters support unlimited employment-based immigration. While garnering less attention than the amnesty, the Build Back Better bill includes several provisions that will cause legal immigration to explode if the changes become law.

A lot can happen in the next year and there are plenty of other issues that are pressing for the American people, but it appears that absent a notable shift in policy direction, immigration is a losing issue for the Democratic party in 2022.