Biden to Reinstate ‘Remain in Mexico’ in November, Angering Activists

The case is really about migrant detention (or the lack thereof), not returns 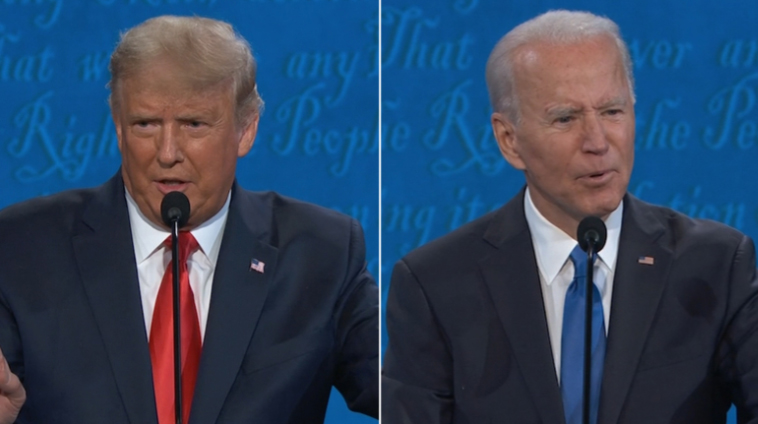 According to NBC News, the Biden administration will reinstate the Migrant Protection Protocols (MPP) — more popularly known as “Remain in Mexico” — in November to comply with a court order. The White House’s move has reportedly angered migrant advocates, but the administration finds itself with just three choices — detain aliens, release them one at a time, or send them back, and the latter carries the least political risk. That’s because the issue is really about detaining migrants, not returning them.

MPP was implemented in January 2019 and allowed DHS to return non-Mexican migrants caught entering illegally or without proper documentation back to Mexico to await their removal hearings. They were then paroled into the United States long enough to apply for asylum, and the Mexican government had agreed to provide them with protection for the duration of their stays there.

The Trump administration implemented MPP in response to what it had termed “a security and humanitarian crisis on the Southern border”, as it explained in its fact sheet on the program.

That was likely an understatement: In FY 2019, Border Patrol apprehended 851,000-plus migrants at the Southwest border (a 12-year high at that point), including 473,000 alien adults and children in “family units” (FMUs), more than four times the prior largest yearly record in a demographic for whom Border Patrol only keeps statistics going back to October 2012 because FMUs weren’t common before then.

Note that Congress explicitly gave DHS the authority to send illegal migrants back across the border to await removal proceedings in section 235(b)(2)(C) of the INA. Despite that clear authority, MPP went through a number of judicial fits and starts on its way to full implementation.

DHS did an assessment of MPP in October 2019 and found that it had “been an indispensable tool in addressing the ongoing crisis at the southern border and restoring integrity to the immigration system”, particularly as related to families. Asylum cases were expedited under the program, and MPP removed incentives for aliens to make weak or bogus claims when apprehended.

Nearly 70,000 illegal migrants were returned to Mexico to await hearings under MPP, before it, like illegal migration generally, was curbed by the Covid-19 pandemic.

Then-candidate Joe Biden railed against MPP, and not surprisingly, DHS issued an announcement on inauguration day suspending new enrollments in the program. DHS next stated on February 11 that it would begin processing the 25,000 migrants who remained awaiting hearings into the United States.

Finally, on June 1, DHS Secretary Alejandro Mayorkas terminated MPP. His reasoning, however, was somewhat perfunctory, as U.S. district court Judge Matthew Kacsmaryk found in enjoining that termination on August 13. In particular, the court noted, Mayorkas’s termination memo failed to address the findings in DHS’s own October 2019 assessment of MPP.

The Fifth Circuit refused to stay Judge Kacsmaryk’s order, sending the Biden administration to the Supreme Court for a stay. In a brief order issued on August 24, the Court denied that stay, tying the president’s hands on MPP (for now).

Note that Judge Kacsmaryk had ordered the Biden administration “to enforce and implement MPP in good faith” until it properly rescinded MPP and had sufficient space to detain all illegal migrants. Detention, rather than whether it is a good idea to send migrants back to Mexico, is really at the heart of MPP, and of the most recent litigation over the program.

In section 235(b) of the Immigration and Nationality Act (INA), Congress mandated that DHS detain all inadmissible aliens, including migrants who had entered illegally, with no exceptions. Administrations since, however, have nonetheless read those mandates to allow release under a very circumscribed authority known as “parole”, which Congress provided in section 212(d)(5) of the INA.

Parole, however, is only to be granted on “a case-by-case basis”, and then only for "urgent humanitarian reasons or significant public benefit”, not to classes of aliens or simply because DHS is out of detention space (as is the case under the Biden administration).

That said, like teenagers testing curfew limits on a Saturday night, the executive branch has repeatedly attempted to stretch its limited parole authority, prompting Congress to step in and impose tighter rules.

As the former INS explained way back in July 1982:

The legislative history of the parole provision shows a Congressional intent that parole be used in a restrictive manner. The drafters of the Immigration and Nationality Act of 1952 gave as examples situations where parole was warranted in cases involving the need for immediate medical attention, witnesses, and aliens being brought into the United States for prosecution. ... In 1965, a Congressional committee stated that the parole provisions “were designed to allow the Attorney General to act only in emergent, individual, and isolated situations, such as in the case of an alien who requires immediate medical attention, and not for the immigration of classes or groups outside the limit of the law.”

Even though the executive branch recognized the limits on its power to parole aliens nearly 40 years ago, that did not stop it from ignoring them. Consequently, in 1996, Congress toughened up the parole provision in the INA by imposing the current, more stringent terms.

The Second Circuit explained the reasons for that revision: “The legislative history indicates that this change was animated by concern that parole ... was being used by the executive to circumvent congressionally established immigration policy.”

Judge Kacsmaryk explained in his order that the government has “two options vis-à-vis aliens seeking asylum”: (1) Detaining those aliens, as the INA requires; or (2) returning them back across the border, as the INA allows. “Failing to detain or return aliens pending their immigration proceedings”, he held, violates section 235 of the INA.

He notes, in footnote 11 in his order, that parole is also an option, but only an extremely limited and circumscribed one. The Fifth Circuit, denying the stay, was even clearer on this point:

What the Government cannot do, the district court held, is simply release every alien described in [section 235 of the INA] en masse into the United States. The Government has not pointed to a single word anywhere in the INA that suggests it can do that. And the Government cannot claim an irreparable injury from being enjoined against an action that it has no statutory authorization to take.

That’s why the MPP injunction is really about detention, not “Return to Mexico”, per se.

Candidate Biden criticized Trump’s detention policies (which were really not that strict), too, and many in the “progressive” wing of his caucus hate immigration detention, which is why the president is requesting a cut in detention funding in his FY 2022 budget proposal and proposing regulatory changes that will allow him to parole nearly every alien who enters illegally.

Neither Judge Kacsmaryk nor the Fifth Circuit will likely allow him to get away with the parole proposal; the disaster at the border shows no signs of abating; and congressional Democrats will likely second the detention cut. So the Biden administration has just one option left: reinstate MPP.

As I explained in June: “MPP basically did the same thing that section 235(b) of the INA required, except that instead of denying those migrants access to free movement in the United States via detention, it did so by sending them to Mexico to await their hearings.”

The Biden administration’s reinstatement of MPP, though, has become an evergreen post: I reported on it more than a month ago. This time, however, the White House seems closer to actually complying with the court’s order, as they convened a “virtual” group of what BuzzFeed News described as “[b]order groups” to discuss the plans.

I am not sure who all was included (for the record, the Center was not), but that reporting indicates that attendees were largely immigrant advocates in NGOs.

They walked out of (or more precisely, logged out from) that meeting and issued a statement, which read in part:

There is no improved version of MPP. It is not possible to make the inhumane humane, the unfair fair, or to breathe life into a deadly program. ... We refuse to be complicit in deterrence-based border policies. ... We cannot allow our efforts to help the victims of these policies to be used in any way to prolong them.

Respectfully, section 235 of the INA is largely a “deterrence-based border policy”, and the chaos at the border is one of the heaviest anchors on the president’s sinking approval ratings: Recent polling shows just 23 percent approval of the president’s handling of the border crisis.

On October 17, The Hill ran a headline captioned “It's official: Biden's performance is hurting Democrats' electoral prospects”, suggesting that neither the president nor his party can hide from what is happening at the Rio Grande much longer.

So the president has three choices: He can detain illegal migrants; parole them one at a time (but only “for urgent humanitarian reasons or significant public benefit”), or return them to Mexico to await proceedings. The latter is the best option, as it allows him to try to appease a public that wants greater border security, and to blame Judge Kacsmaryk when the advocates complain.