Expect August border numbers to fall, in part due to judicial coercion some in the White House are welcoming 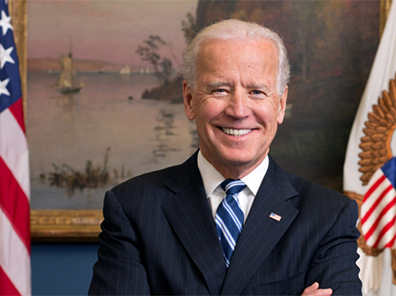 On September 9, CBS News reported that the president is “restarting” the Trump-era Migrant Protection Protocols (MPP), better known as “Remain in Mexico”. He didn’t have much choice, as a federal judge said DHS couldn’t terminate the program (as it tried to do on June 1), an order the Supreme Court refused to stay. Expect Biden’s MPP to look much different than Trump’s, when about 68,000 illegal migrants were sent back across the border to await removal hearings, but it’s apparently not unwelcome news to some in the administration.

A quick recap: MPP was implemented in January 2019, and allowed DHS to return non-Mexican migrants caught entering illegally or without proper documentation back to Mexico to await their removal hearings. They were then paroled into the United States long enough to apply for asylum, while the Mexican government agreed to provide them with protection for the duration of their stays there.

DHS did an assessment of MPP in October 2019 and found that it had “been an indispensable tool in addressing the ongoing crisis at the southern border and restoring integrity to the immigration system”. Specifically, asylum cases were expedited under the program, and MPP removed incentives for aliens to make weak or bogus claims after entering the United States illegally.

As that assessment explained, “aliens without meritorious claims — which no longer constitute a free ticket into the United States — are beginning to voluntarily return home.”

Despite these facts, candidate Joe Biden hated MPP (as he did almost all of Trump’s border policies) and vowed on his campaign website to end it if elected. Not surprisingly, DHS issued an announcement on inauguration day suspending new enrollments in MPP, effective on January 21. DHS next stated on February 11 that it would begin processing the 25,000 migrants who remained under the program into the United States.

Finally, on June 1, DHS Secretary Alejandro Mayorkas terminated MPP. His reasoning, however, was weak, as U.S. district court Judge Matthew Kacsmaryk found in enjoining that termination on August 13. In particular, the court noted, Mayorkas’s termination memo failed to address the findings of DHS’s own October 2019 assessment.

The Fifth Circuit refused to stay Judge Kacsmaryk’s order (its opinion was, in ways, even more scathing than the lower court’s), and so the Biden administration rushed to the Supreme Court. In a brief order issued on August 24, the Court denied DOJ’s stay request. I analyzed that order on August 26 and, as I explained, although it was short, it said a lot.

“Some Measure of Relief”

That left the administration few options other than restarting MPP while it continued to fight the case before Judge Kacsmaryk and the Fifth Circuit. The New York Times reported on September 6, however, that “among some Biden officials, the Supreme Court’s order was quietly greeted with something other than dismay, current and former officials said: It brought some measure of relief.

Why would White House staffers have been relieved that the Supreme Court had issued an opinion adverse to their boss?

The paper explained: “Concern had already been building inside the Biden administration that the speed of its immigration changes may have encouraged migrants to stream toward the United States.” If that is an accurate assessment of the views of some in the administration, they were correct.

As noted, Biden (and his most strident supporters) disliked his predecessor’s immigration positions, and soon after taking office the president ditched most of the policies the Trump administration had put in place to (successfully) deter illegal entries.

That is the president’s prerogative, so long as he comes up with his own plans to allow DHS to gain “operational control” of the Southwest border (a standard that the president had voted for when he was in the Senate). He failed to do so.

Instead, the American people got weak immigration policies and inconsistent (to put it kindly) messaging from the White House as related to illegal entries, which gave the green light to illegal aliens to come on in.

And come in they have, with Border Patrol apprehensions reaching 21-year monthly and yearly highs in FY 2021. That’s not all.

So many unaccompanied alien children have entered the United States illegally at the Southwest border that the administration has lost track of a third of the ones it has released (some 4,890 kids). Immigration court completions have fallen to 28-year lows (despite the fact that there are more cases today than there were in 1993 and more immigration judges to hear them. And Border Patrol agents are stretched to such a breaking point that they are largely unable to actually patrol much of the border.

Any policy that sends a signal to foreign nationals that they will not be able to enter the United States illegally and be quickly released would limit the number who plan to come here in the future.

Thus, “Remain in Mexico lite” (as Politico describes the president’s plans to reimplement MPP) would be a welcome relief to agents, as well as to Biden and congressional Democrats, for whom the president’s border policies are a losing political issue.

Politico explains that the White House’s new MPP plan “would require a small number of asylum seekers to wait in Mexico for their cases to be processed but give them better living conditions and access to attorneys.”

Of course, all of that requires taxpayer money to pay for those “better living conditions and access to attorneys”, as well as to pay off the Mexican government to agree to take those migrants back.

Despite this, immigration advocates are lobbying both the White House and the Mexican government to stonewall on MPP.

Those activists hold a significant amount of sway over the increasingly “progressive” Biden, as do Democratic members of Congress who wrote a letter to the president on September 8 urging him “to take all necessary legal steps to terminate” what it deems to be “the deadly Remain in Mexico policy”.

Despite that fact, the president has few legal options, at least in the short run, and reimplementing even a “kinder, gentler” MPP would likely go a long way to convincing would-be illegal migrants to stay home. That would be good policy and good politics.

I suggested in an August 18 post that Judge Kacsmaryk’s order would be good for the White House, as it would allow the president to push back on the open-borders inclinations of advocates in order to raise his dismal immigration polling numbers (one recent poll showed 55 percent disapproved of the way Biden is handling the issue, including 59 percent of Independents), under the guise of being forced to take a harsher stance by the courts.

It appears that I was correct, and that this is exactly the White House’s plan. Politicians may “campaign in poetry and govern in prose”, but if that prose is discordant and ineffective (or worse, destructive), they need to change their tunes quickly to survive. At least some in the White House have discovered that they must take a new tack if they are going to survive politically.

My next prediction is that, in no small part due to Judge Kacsmaryk’s order, fewer migrants were apprehended after entering illegally in August (CBP’s statistics should be out soon) than in July (almost 200,000, again, a 21-year monthly high).

Migrants, and more importantly their smugglers, are risk-adverse, and any change in policy that makes it less likely that aliens who enter illegally will be released into the United States will dissuade a large number from crossing. The MPP ruling throws the guarantee of a quick release into the United States for illegal migrants into doubt, meaning fewer will hazard the journey.

That would be a large reason for a decline, but it would not be the only one.

Traditionally, there is a sharp drop-off in illegal entries from May to January. Biden’s permissive border policies have allowed smugglers to buck that trend this year (Border Patrol apprehensions at the Southwest border actually rose each month from May to July), but at some point sweltering temperatures at the border during the height of summer have to play a role.

Plus, those smugglers are dealing with a smaller pool of migrants who are willing to risk the journey to begin with. That said, given the fact that illegal migrants are increasingly arriving at the border from countries that have not historically sent large numbers of illegal migrants, that pool may be rapidly refilling. August’s numbers will be telling.

Courts are forcing the Biden administration to finally take steps to limit the number of illegal migrants who are released into the United States. Many in the White House are apparently grateful for the coercion.