Could a judge’s order, blocking the termination of MPP, halt the slide? 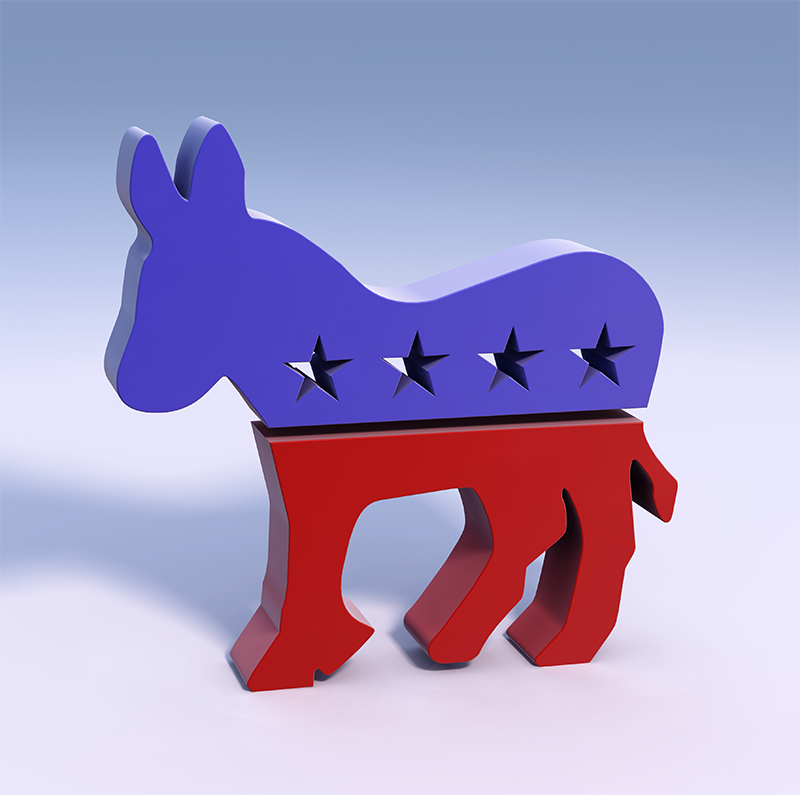 Recent polling shows that voters’ trust in the ability of Democrats in Congress to handle immigration is falling, as the Southwest border descends into chaos. The numbers are actually worse than they appear, because comparisons with earlier polls show that the more that voters, and crucial Independent voters in particular, get to see the president’s immigration policies, the less they like them.

Between August 7 and 9, polling outfit Morning Consult and Politico, a D.C. news outlet that focuses on political issues, conducted a poll of 1,996 registered voters. It revealed that just 38 percent of those polled trusted Democrats in Congress to handle the issue of immigration, compared to 45 percent who trusted congressional Republicans.

That is a three-point drop for Democrats from similar polling conducted by the two groups just a month before. Note that the GOP has not garnered any new trust from the voters since July: The same 45 percent of the electorate put more trust in congressional Republicans in both polls.

There are simply more voters who don’t know or have no opinion, 17 percent of respondents in the August Morning Consult/Politico polling compared to 14 percent from July. In other words, Republicans have a solid base of support, but there are still a lot of voters who are not sold on their proposals.

That is not a big surprise, because the party in the minority has difficulty getting their message out on any given issue. The White House has a press office that holds daily briefings. Statements by minority leaders in the House and Senate often get lost in the Washington churn and/or are drowned out by their fellow members at one extreme or another.

Those who put their faith in the president’s campaign proposals at the outset of the Biden administration (to the degree that they were aware of them; immigration was not a big issue in the 2020 campaign) appear to be having some buyer’s remorse.

An early March Morning Consult/Politico poll showed that more registered voters trusted the president’s fellow partisans in Congress to handle immigration as compared to their Republican counterparts by a margin of 45 percent to 38 percent.

By April, Republicans in Congress had not secured any additional trust from respondents (they were still at 38 percent), but voters’ trust in Democrats was eroding, falling three points to 42 percent.

Taking a longer view, however, that means that voters’ trust in Democrats in the House and Senate to handle immigration has fallen 7 percent in six months, while their trust in the congressional GOP conference has increased by a similar margin.

There are three reasons why this is particularly bad news for congressional Democrats.

The first is that the more voters get to see the Democrats’ plan to “reform” immigration by throwing out most of the controversial but successful policies of Donald Trump that had brought the border under control, the less that they like the change.

The second is that the early March polling (between March 6 and March 8) was conducted at a time when the Southwest border was beginning to come unraveled, but more importantly when the press was actually reporting on it.

Pictures of migrant children in immigration detention began to leak by the middle of March, and the images were not pretty. In response, in early May, DHS began putting out its own pictures, showing largely empty children’s processing centers at the Southwest border (which I correctly termed “propaganda” on May 11).

Note that in March, Border Patrol agents at the Southwest border apprehended a monthly record number of unaccompanied alien children (UACs): 18,719 in total. While the UAC numbers dipped somewhat between April (16,902) and May (13,885), they began to rise again in June (15,020).

Last month, 18,689 unaccompanied alien children were apprehended by Border Patrol at the Southwest border, just 30 fewer than in the “bad days” of March. Where are the pictures of “kids in cages” now?

Despite the media blackout of bad border news for Biden, voters are still turning against his immigration policies, as the recent polling reveals. If voters knew the real extent of the problem, or saw more current photos from inside detention centers, these numbers would be a whole lot worse.

The third reason why this polling is bad for congressional Democrats is the fact that Independents, crucial swing voters, have swung particularly hard against them.

I hit the high points of that decision and MPP in an August 17 post, but basically, MPP was a 2019 Trump idea that allowed U.S. border officials to send illegal migrants who were seeking asylum back to Mexico to await their removal hearings.

MPP was eminently successful in halting what was then a “a security and humanitarian crisis on the Southern border”. The month after an injunction on the program was lifted, in May 2019, Border Patrol apprehended almost 133,000 migrants at the Southwest border (more than 84,000, 63.5 percent, were adults and accompanying children in “family units”, or FMUs).

Why? Seasonal migration patterns plainly played a role, but more importantly, foreign nationals knew that they were not simply going to be released if they entered illegally; they were likely going to have to wait in Mexico.

Left to its own devices, the Biden administration returned not to “catch and release”, but “catch release, and bus throughout the United States”, as my colleague Todd Bensman has described.

Last month, Border Patrol apprehended almost 200,000 illegal migrants at the Southwest border, including more than 76,000 in family units. That is a 44 percent increase in FMUs compared to the same month two years before. Why? The obvious answer is MPP, and similar Trump policies that brought some degree of control to the border.

As I explained in that earlier post, the judge’s injunction of the Biden administration’s termination of MPP will put heat on the president to either detain illegal migrants, send them back across the border, or explain why they are being released.

Biden is answerable to his open-borders base, but could blame Judge Kacsmaryk (who blocked MPP’s termination) if he were to implement more stringent border policies. That would likely halt the decline in voters’ trust in congressional Democrats’ handling of immigration. If the court’s order is overturned, however, or if the president defies it, his fellow congressional partisans could be in for a rude awakening come November 2022.