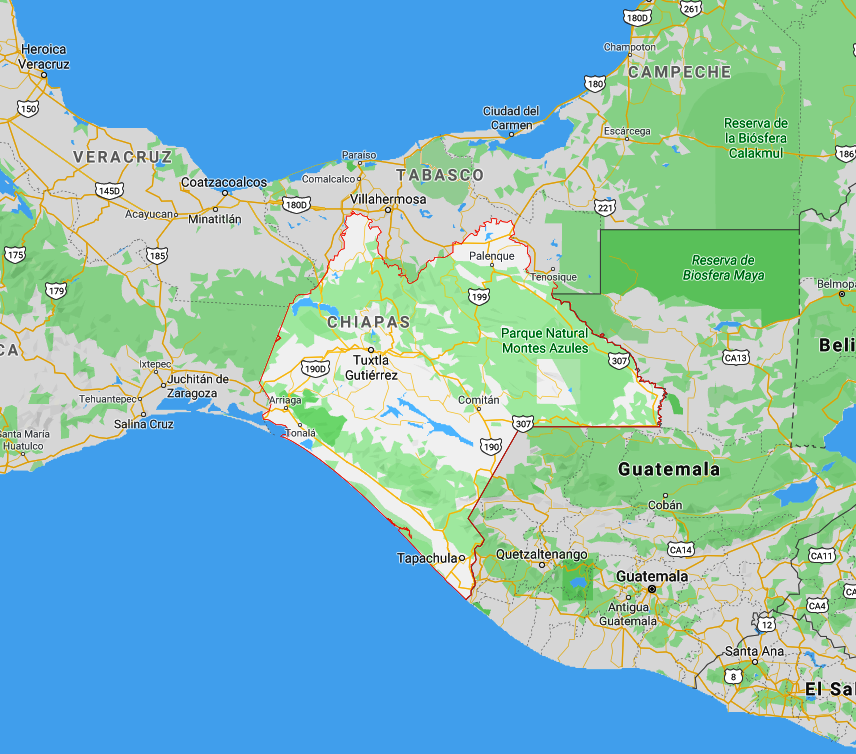 The Wall Street Journal has reported that a truck carrying 107 migrants — mostly Guatemalan nationals — ran into a pedestrian bridge near Tuxtla Gutiérrez, in the southern Mexican state of Chiapas, on December 9, killing at least 53 and injuring more than 50. That article details everything that is wrong with President Biden’s immigration policies.

The “Rapid Disintegration” of Border Security Under the Biden Administration. As I have explained many times in the past, in response to a “border emergency” in 2019, the Trump administration implemented numerous policies to discourage migrants from entering the United States illegally.

The most prominent of these was the Migrant Protection Protocols (MPP), better known as “Remain in Mexico”. Under MPP, aliens apprehended at the Southwest border were sent back to Mexico to await removal hearings on their asylum claims. Almost 70,000 illegal migrants were returned across the border under the program, and in October 2019 DHS deemed it a success.

Then-candidate Joe Biden railed against Trump’s border initiatives, however, and as president he has ended almost all of them. As a consequence, former Border Patrol Chief Rodney Scott explained in a September letter to Senate leadership, we have seen an “avoidable and rapid disintegration of what was arguably the most effective border security in” U.S. history under Biden.

That said, there are some hopeful signs of improvement. Under court order, the administration has reluctantly reinstated MPP, subject to numerous caveats and exceptions, and as my colleague Todd Bensman revealed on December 1, the Biden administration is (secretly) deporting some Central American families back home.

Nonetheless, the Southwest border remains in a state of anarchy. Statistics on Border Patrol apprehensions there for November have not yet been released, but while apprehensions there fell slightly in October (as would be expected given historical seasonal trends), more migrants were stopped by agents at the U.S.-Mexico line that month than in any prior October in recorded history.

The situation is so bad in many places that Border Patrol lacks the resources to stop migrants, drugs, and other contraband from entering the United States. Instead, the state of Texas has had to send its troopers to the border to do the job — an essential and fundamentally federal responsibility. But the border is such a disaster that the troopers are struggling to keep up.

A White House divided over how to respond to the national security and humanitarian disaster at the border has been floundering, while DHS Secretary Alejandro Mayorkas asserts — contrary to all objective evidence — that there is more control over the border now than under Trump “consistent with our values as a nation” (whatever that means).

This largely uncontrolled border has created what my colleague Mark Krikorian described as an “attractive nuisance”, drawing migrants to enter the United States at their peril. Which brings me back to the deaths in Tuxtla Gutiérrez.

Smuggling Is Big Money — with Serious Consequences Both Here and Abroad. The Journal explains that many of the migrants heading to the United States are paying smugglers close to $10,000 each to facilitate their journeys to the United States. That is big money and simply encourages more would-be coyotes to get into the smuggling game, while providing current smugglers with the financing that they need to expand their operations.

Some of that money goes to pay off police and immigration agents south of the border, the paper reports. In other words, smuggling fees go to finance what we call “corruption” in Mexico, and one thing that country doesn’t need is more corrupt officials. Transparency International ranked Mexico 124th in its Corruption Perceptions Index, out of 180 countries surveyed (the higher the number, the more corrupt).

The Journal reports that some of those smuggling fees also go to the “organized crime groups”. Most of those groups are what we refer to as “criminal cartels”, which deem vast swaths of Mexico’s northern border as their turf, as I explained in congressional testimony in May.

The Council on Foreign Relations estimates that 150,000 people have died due to organized criminal violence in Mexico since 2006, and giving the cartels more money simply improves their capacity to kill more innocent people and destabilize the federal government and state governments in Mexico.

It also provides resources for the cartels to produce more illegal drugs and ship them to the United States. In a December 3 post, I reported that drug overdose deaths in the United States have reached all-time highs, exceeding 100,000 between April 2020 and this April. The increase in overdose deaths is largely due to fentanyl, a uniquely dangerous drug that is increasingly being shipped over the border from Mexico.

This is the perfect business model for drug smugglers: They profit from migrants entering the United States illegally, and those migrants are coming in such large numbers that Border Patrol can’t stop the cartels’ drug flow. Win-win for them; lose-lose for communities across the United States, who pay the price for Biden’s border disaster in terms of strained fiscal resources and lives lost to drugs.

Problems with the Journal’s “Expert’s” Analysis. One expert quoted by the Journal asserted that: “We urgently need to find ways of creating legal pathways for people to migrate instead of driving them further into the hands of smugglers and raising the risk of the journey.” That statement merits analysis because I have some issues with it.

First, it assumes that the number of foreign nationals who would seek to come to the United States is fixed, and that if we simply allowed those people to enter through legal channels, no migrant would enter illegally.

As my colleagues Steven Camarota and Karen Zeigler demonstrated in a November 2 post, however, the immigrant population in the United States — which has largely increased in recent years — has ebbed and flowed in response to the health of the U.S. economy and various immigration enforcement efforts.

Third, it assumes that U.S. immigration policies are only intended to benefit foreign nationals and that unlimited immigration imposes no costs on American workers (both citizens and lawful immigrants). As my colleague Rob Law explained in congressional testimony in April, however, an “oversupply of workers at the bottom of the labor market reduces wages and job opportunities for Americans at that level.”

Big business and the aliens themselves may benefit, but it is the most disadvantaged members of American society who pay the price. According to a 2016 report from the National Academies of Sciences,  the wages of native-born U.S. workers in competition with immigrant workers is close to $500 billion annually.

Fourth, it ignores how immigration works. Foreign nationals don’t wake up one day and decide to come to the United States. Comparative economic benefits, better schools and healthcare, and safer communities in this country (among other factors) draw them, but they usually go where their families and neighbors have gone before.

Remember the 1939 John Steinbeck classic, The Grapes of Wrath? The Joad family did not necessarily want to leave Oklahoma, but economic opportunities beckoned in California (the Dust Bowl was ravaging the Plains during the Great Depression), and so they joined other “Okies” on the journey to the Golden State.

Interestingly, however, as one paper has explained, the contraction in employment during the Great Depression was “relatively milder and shorter in the South Atlantic states” compared to other regions. There were no good options, but the Joads should have thought about making furniture in the Carolinas instead of doing agricultural labor in the Imperial Valley. Nobody in the book was headed that way, though.

Fifth, it calls into question why exactly migrants are headed to the United States from Central America. If they are coming for strictly economic reasons, then they have no claims to be allowed into the United States without a visa — again, to protect the wages and working conditions of citizens and lawful immigrants.

If they are fleeing persecution back home, though, the Biden administration has made their plight worse. The Trump administration had entered into “safe third-country” agreements with El Salvador, Guatemala, and Honduras, under which illegal migrants would be sent back to one of those countries (but not the one they came from, hence “third country”) to apply for asylum.

Biden hated those agreements, and his State Department suspended them in February. Had they been in effect, a neighboring country would have been a better option for the migrants killed and injured in Tuxtla Gutiérrez — they could well have been sent there anyway. Because the agreements are “suspended”, a dangerous trek through Mexico became a better option.

An Historically High Death Count at the Southwest Border under Biden. The migrants who died in the truck crash in Chiapas are the latest casualties on the Biden administration’s lax border policies, but they are not the only ones.

CNN reports that 650 people have died this year trying to cross the Southwest border, according to the International Organization on Migration, “more than any other year since an international agency began documenting deaths in 2014”.

Nor do the Border Patrol statistics account for the untold number of migrants who died on the way to the Southwest border. One expert who appeared at a panel convened by the Center on December 7 estimated that 10 percent of the migrants who have attempted to traverse Panama’s Darien Gap on the way to the United States die there. That’s one small area on a very long and perilous journey.

Conclusion. The Biden administration’s bad immigration policies have thrown the Southwest border into chaos. The costs are being felt not only there, but in towns and cities nationwide. And as the 53 dead and 50 injured in one truck crash in southern Mexico reveal, those policies have deadly consequences for the migrants themselves.