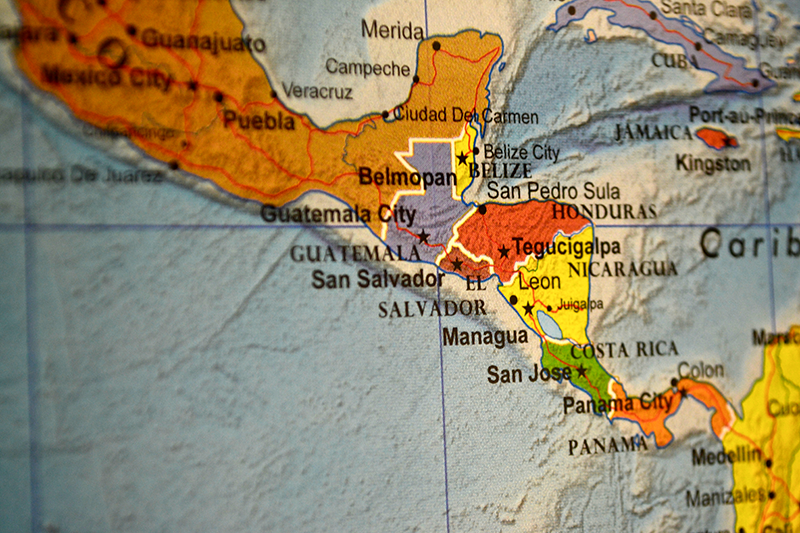 On November 19, 2019, the Executive Office for Immigration Review (EOIR) in the Department of Justice (DOJ) and U.S. Citizenship and Immigration Services (USCIS) in the Department of Homeland Security (DHS) issued an interim final rule (IFR) captioned "Implementing Bilateral and Multilateral Asylum Cooperative Agreements Under the Immigration and Nationality Act". That IFR puts meat on the bones of the diplomatic efforts of the Trump administration with the Northern Triangle of Central America (NTCA) countries of El Salvador, Guatemala, and Honduras to share the burden of protecting refugees. If fully implemented, it could be a game-changer in stemming the overwhelming flow of migrants entering the United States illegally.

That IFR modifies existing regulations to implement Asylum Cooperative Agreements (ACAs, also known as "safe third-country agreements") that the United States has, and likely will, enter into with its regional partners under the authority provided in section 208(a)(2)(A) of the Immigration and Nationality Act (INA). As the IFR states:

Because the underlying purpose of section 208(a)(2)(A) is to provide asylum seekers with access to only one of the ACA signatory countries' protection systems, this rule adopts a modified approach to the expedited removal ("ER") and section 240 processes in the form of a threshold screening as to which country will consider the alien's claim. This rule will apply to all ACAs in force between the United States and countries other than Canada, including bilateral ACAs recently entered into with El Salvador, Guatemala, and Honduras in an effort to share the distribution of hundreds of thousands of asylum claims.

The underlying principle is simple: The United States will offer protection to foreign nationals who have, or will be, persecuted or tortured in their home countries, but those foreign nationals do not get to pick or choose the country in which they will seek sanctuary. Rather, consistent with the idea that a person who is truly in danger will seek refuge in the first country in which he or she arrives, the United States has entered into ACAs with third countries through which those individuals have passed to ensure that they can, and will, provide the necessary protection.

Section 208(a) of the INA reflects Congress' intention that this should be the rule:

Paragraph (1) shall not apply to an alien if the Attorney General determines that the alien may be removed, pursuant to a bilateral or multilateral agreement, to a country (other than the country of the alien's nationality or, in the case of an alien having no nationality, the country of the alien's last habitual residence) in which the alien's life or freedom would not be threatened on account of race, religion, nationality, membership in a particular social group, or political opinion, and where the alien would have access to a full and fair procedure for determining a claim to asylum or equivalent temporary protection, unless the Attorney General finds that it is in the public interest for the alien to receive asylum in the United States. [Emphasis added.]

I will get back to the highlighted portion below.

The IFR makes clear that it would apply to the NTCA countries and other countries with which the United States is negotiating ACAs, but only prospectively. It is subject to the publication of an ACA or ACAs in the Federal Register, and would not apply if an alien has already entered the United States illegally, or sought admission without proper documents through a port of entry. In those cases, the alien can seek asylum and protection under article 3 of the Convention Against Torture (CAT) here.

Under the IFR, USCIS (in a section 235(b) ER proceeding) or an immigration judge (IJ, in a section 240 removal proceeding) can order removal of the alien to one or more of the countries with which the United States has an ACA, provided that the alien fails to pass a screening where the alien would have to show that it is more likely than not that he or she would face persecution in that third country. Notably, this is the withholding of removal, or "non-refoulement", standard, which is higher than the "well-founded fear" standard for asylum cases, and is consistent with the terms of section 208(a)(2)(A) of the INA, highlighted above. If the alien fails to pass that screening, the proceedings could be completed without consideration of the alien's asylum or CAT claims, and the alien would be ordered removed to one or more of the ACA countries.

The IFR allows an alien subject to its terms to withdraw his or her asylum claim and simply take a removal order or alternatively, in the case of an alien seeking admission at a port, to withdraw his or her application for admission. The IJ or asylum officer would also retain the jurisdiction to hear the alien's asylum or CAT claim if either determines that it is in the public interest to do so.

One reason for the IFR is to take the burden off of the already over-taxed asylum officers and immigration courts, and to share the burden for protecting refugees with the countries that agree to ACAs. In a similar vein, the IFR notes that it will also assist the United States in seeking:

to develop a regional framework with other countries to more equitably distribute the burden of processing the protection claims of the hundreds of thousands of irregular migrants who now seek to enter the United States every year and claim a fear of return.

And, as the IFR notes:

The salient factor for the formulation and application of a section 208(a)(2)(A) agreement is whether the country sharing responsibility with the United States for refugee protection has laws and mechanisms in place that adhere to international treaty obligations to protect refugees.

The United States will therefore have to work with the NTCA countries and its other partners in the region to bolster their capabilities to ensure they can comply with their international responsibilities to refugees.

Foreign nationals who are seeking irregular entry into the United States are doing so, in most cases, to be able to live and work in this country. A credible fear or asylum claim provides an avenue for them to do so indefinitely — the IFR notes that asylum cases before EOIR are currently taking 816 days to complete, and even if a non-detained alien's asylum or CAT claim is ultimately denied (as almost 80 percent are), many remain in the United States for years anyway, as one of my recent posts made clear.

Full implementation of the IFR will dissuade future migrants from undertaking the dangerous trek to the United States, because it will eliminate the virtual likelihood that they will be able to remain. That truly would be a game-changer to stem the flow of such migrants across the Southwest border, which numbered 977,509 last fiscal year.

Of course, federal court review of this rule is almost inevitable, as is an injunction (likely from the Northern District of California). Given the fact that EOIR and USCIS are acting under the express authority of the INA, however, such efforts will likely be fruitless. In the long run, at least.