2022: ‘The Year of Doing Nothing’ in Immigration 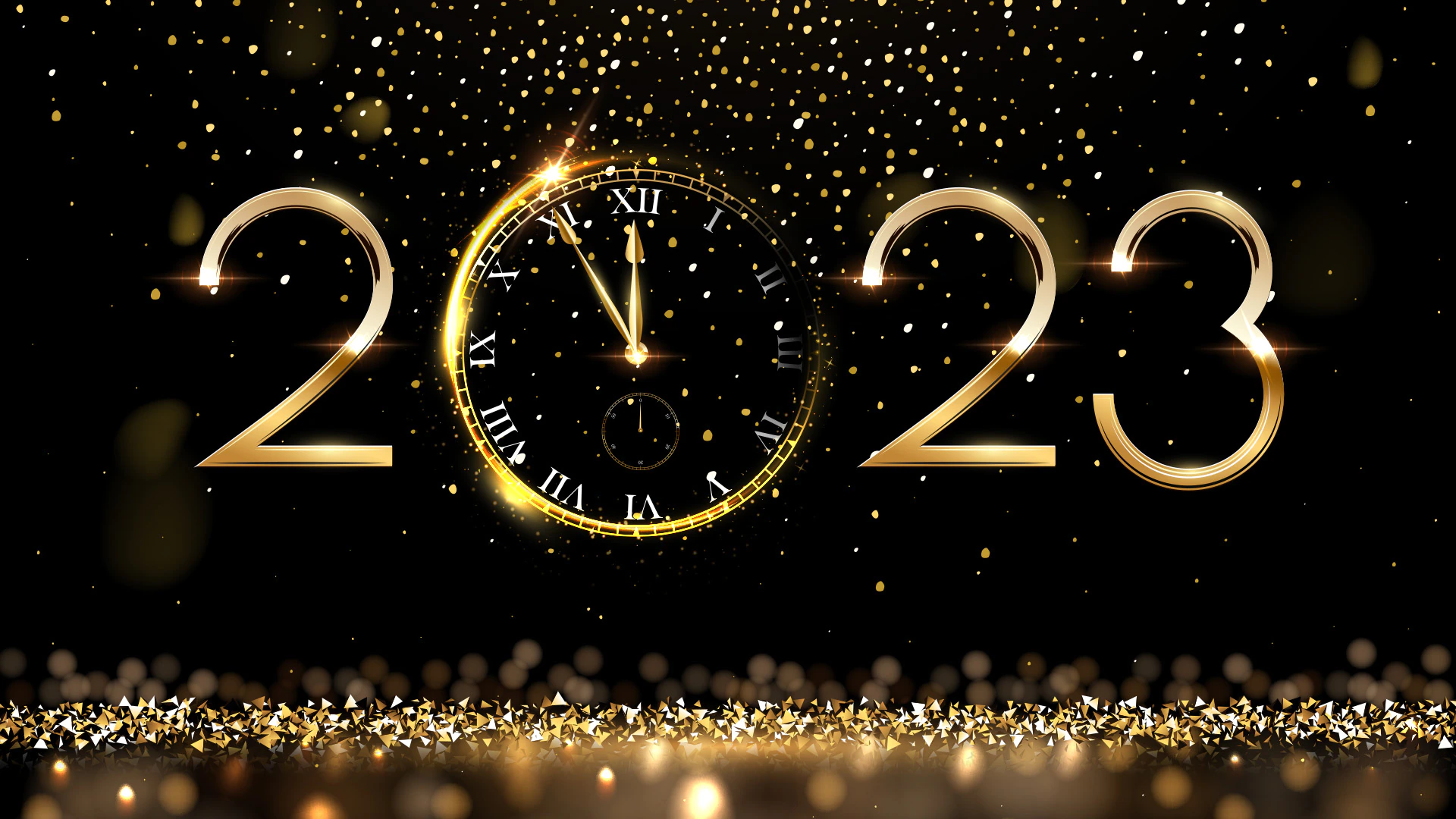 As calendar year 2022 draws to a close, I’m reviewing what has improved in immigration in the last 365 days. Curiously, over the course of 270 posts I have written since January 1, that answer is “nothing”, or at least nothing that has been done by the federal government. Here’s hoping for a better 2023 — or at least not a worse one.

Title 42 Continues. CDC orders directing the expulsion of illegal migrants, issued pursuant to Title 42 of the U.S. Code in response to the Covid-19 pandemic, will continue indefinitely now that the Supreme Court has agreed to hear a challenge by states concerned about the effects ending Title 42 will have on their citizens and coffers, in a case captioned Arizona v. Mayorkas.

I won’t belabor the point, but Arizona is only tangentially about Title 42. The Court will be considering the states’ claim that the U.S. Court of Appeals for the District of Columbia erred in refusing to allow them to intervene in a case called Huisha-Huisha v. Mayorkas.

Huisha-Huisha does address Title 42 (it was the case in which Judge Emmet Sullivan of the U.S. District Court for the District of Columbia ordered those CDC orders enjoined and vacated), but the issues in Arizona are more ministerial than practical.

Even some of the justices are wondering why they’re considering Arizona at all. Justice Gorsuch, writing in dissent from the Court’s decision to consider the matter, noted that the states “do not seriously dispute that the public-health justification undergirding the Title 42 orders has lapsed”.

He continues: “And it is hardly obvious why we should rush in to review a ruling on a motion to intervene in a case concerning emergency decrees that have outlived their shelf life.” All those points have merit.

But they may be not as true as the justice may think. On December 28, CDC announced that it will begin requiring travelers from China to present negative Covid-19 tests before they are allowed to travel to the United States, due to a recent “surge” in the coronavirus there and a “lack of adequate and transparent” information coming from the Chinese government.

In On the Joke. That said, and his grumblings notwithstanding, Justice Gorsuch is in on the joke. He’s no naïf in the ways of Washington — his mother, Anne Gorsuch, was head of the EPA under President Reagan during a very contentious point in its history, harboring small-government views that often put her at loggerheads with powerful environmental groups.

Her experience mirrors what’s going on in D.C. today, as the Biden administration plows ahead with its utter negation of immigration enforcement, oblivious to the political and national-security risks of allowing millions of poorly screened illegal migrants to enter and remain in the United States.

A Lack of Leadership. Why is the Biden administration undermining immigration enforcement, even though in doing so it threatens the national security and runs the risk of paying a huge political cost? Good question.

Few outside the administration know who’s really calling the shots at the White House or DHS when it comes to immigration and the border.

Biden publicly fobbed responsibility for the border off on his vice president, Kamala Harris, in March 2021, in a move reminiscent of what President Obama did to Biden when the latter was VP.

Harris has spent most of the interim distancing herself from the role, although she did do a brief drop in at a shelter in El Paso in July 2021 and has visited some Central American countries.

DHS Secretary Alejandro Mayorkas would be the next logical choice, but he seems more like the javelin catcher for the administration’s border policies than the mastermind. He flounders and dissembles in congressional testimony (on the few occasions he has been called upon to testify), and his meetings with his Border Patrol “troops” are morale-killing disasters.

That suggests that the real decisions are being made by inexperienced ideologues whose sole motivations are to reverse any immigration policy Donald Trump implemented and to punish the agents and ICE officers that the 45th president made a show of lionizing.

I seriously question whether Mayorkas ever read (let alone wrote) the Considerations Memo, which smacks of the faculty lounge (or coffee house in the student activities building) at a toney liberal arts college-cum-costly finishing school.

That memo fails to achieve its key purpose — laying out a cogent case for why alien felons should remain on the streets — which is a major reason why the Fifth Circuit refused to stay a district court order vacating Mayorkas’ guidelines in U.S. v. Texas (a decision currently under Supreme Court review).

You’ll notice, however, that in a town that thrives on self-promotion, none of the staffers crafting Biden’s border policies have come out of the West Wing (or the adjacent Eisenhower Executive Office Building) to defend the consequences of their actions.

Say what you want about Donald Trump and his key immigration advisors but you knew who they were, and they had no hesitation to face questions about what they were doing. They seemed to relish the fight.

Consequently, under Biden, we have feckless and inane policies, likely crafted by activists, that CBP and ICE are expected to carry out (against their better and more experienced judgment). The only accountability for this mess is borne by White House Press Secretary Karine Jean-Pierre, a duty she discharges with double-speak and elision.

The current, 117th, Congress, which will conclude on January 3, is unique: Speaker of the House Nancy Pelosi (D-Calif.) wields her gavel thanks to a narrow five-seat margin (in a chamber of 435), while the Senate is split evenly, with 47 Democrats, three Independents who caucus with the Democrats, and 50 Republicans. Harris, in her role as president of the Senate, breaks the 50-50 tie in the upper chamber, placing control in the hands of Majority Leader Chuck Schumer (D-N.Y.).

The November midterm elections were shaping up to be bad for the president’s party, and so Pelosi and Schumer — seeking to maintain their majorities — were loath to do anything that would paint Biden and his fellow Democrats in a bad light.

For that reason, Congress — a coequal branch of government and the one that’s supposed to call the shots on immigration — did nothing to force the Biden administration to comply with its directives requiring DHS to detain aliens who have entered illegally; to achieve and maintain operational control of the border; or to arrest, hold, and deport criminal aliens.

Instead, on November 16, Schumer — citing a purported worker shortage — called for a “DREAMer” amnesty for aliens brought illegally to the United States as children. Even then, the majority leader admitted that his “ultimate goal is to ... get a path to citizenship for all 11 million, or however many undocumented, there are here”.

Not that any such legislation has been marked up in the 117th Congress. Schumer likely knows that while amnesty may appeal to many in the abstract, when it becomes concrete and faces a vote, it loses much of its luster.

Things Will Change — Or They Won’t. With the dawn of a 118th Congress in which Republicans will control the House on January 3, expect that there will be many more calls for immigration accountability from a newly empowered GOP.

Speaker-presumptive Kevin McCarthy (R-Calif.) has already told Mayorkas to resign or face an impeachment inquiry, but if the secretary sticks around he can expect to be the face of the administration’s border policies at numerous and serial House hearings.

He likely won’t be the only one, however. Border Patrol Chief Raul Ortiz has been refreshingly candid about the state of the border in depositions in Florida, and I trust that Republicans are itching to get him on the record themselves.

You can likely add USCIS Director Ur Jaddou, Acting ICE Director Tae Johnson, and Kerry Doyle — ICE’s principal legal advisor — to the invitation list, as well as any number of lower-level functionaries.

Note also that House Republican chairmen will have access to oversight tools they didn’t have when they were in the minority, such as the power to issue subpoenas and the ability to question DHS officials at transcribed interviews and depositions. The latter two are every bit as fun as they sound.

Oversight is a powerful congressional tool, but only useful to the extent that it leads to meaningful change. The American people likely don’t care as much who’s to blame for the border as they are interested in stopping the migrant flow.

Thus, foisting abuse on Mayorkas and other administration immigration officials simply to settle old scores is likely to be counterproductive without solid proposals to fix the border crisis.

Limiting the administration’s ability to funnel migrants into the United States under the parole power in section 212(d)(5) of the Immigration and Nationality Act (INA) will be a likely starting point, followed by a clarification and further restriction of ICE’s release authority under section 236 of the INA.

Given that the administration treats all illegal migrants as “asylum seekers” (regardless of the strength of their claims or whether they come seeking asylum at all), you can also expect a GOP effort to limit asylum to aliens who have come to the United States directly from the country in which they allege persecution.

Under current law, aliens can pick and choose which country they are seeking asylum in, allowing, for example, Venezuelan nationals to traverse through Colombia, Panama, Costa Rica, Nicaragua, Honduras, Guatemala, and Mexico — all asylum-granting countries — to make their claims in the United States. That cheapens the humanitarian purposes of that protection.

I could go on, but you get the point. There are things that Congress should do to ameliorate — if not resolve — the humanitarian and national-security crisis at the Southwest border. Whether the new Republican majority in the House will do them, however, remains to be seen.

It will take real leadership to repair the damage the administration has wrought at the border. That leadership should come from Congress and the White House — the politically accountable branches of government — and not be expected from an unelected judiciary. A year of doing nothing on immigration is about to end. Here’s to a more productive 2023.