Immigration and the Border Were on the Ballot in the Midterms

A couple of mornings after the night before 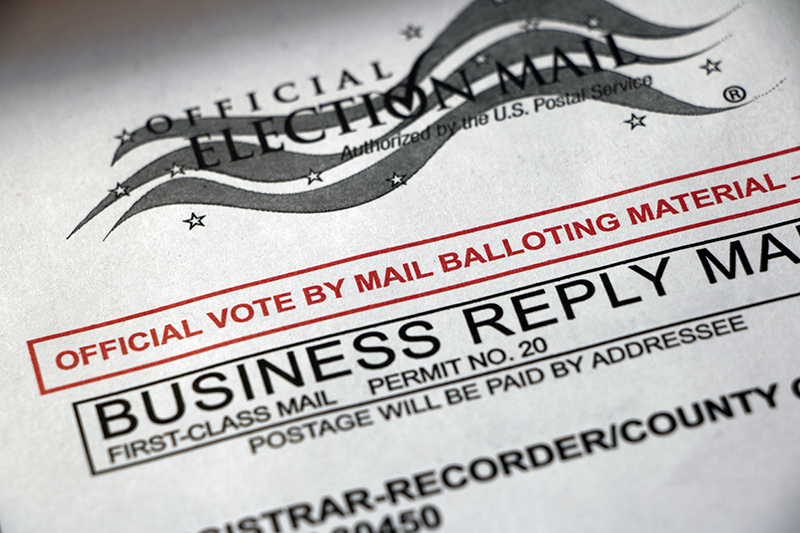 With the 2022 midterm votes cast, but control of Congress still up in the air, one thing is apparent: Immigration and the border were on the ballot, but many candidates who could have made it an issue failed to do so.

The Results. As this goes to press, Republicans are nearing control of the House of Representatives, albeit by a very narrow margin.

While there are any number of articles that have discussed the fact that a “red wave” or “red tsunami” failed to appear, the facts suggest more was at play.

Of just over 95 million votes cast for the House of Representatives, according to CNN, more than 50.5 million were for GOP candidates — an almost 6 percent “spread” in favor of the Republicans, or “R+6”. As political analyst Sean Trende tweeted:

One of the quiet stories under the hood is that Republicans are looking like they'll win the popular vote. Probably a popular vote swing of 5% (depending on how CA votes work out), swinging about 2% of the chamber. IOW, the generic polls are likely to be about spot on. Why? 1/

Trende is undoubtedly correct, as the last RealClear Politics average of polls on the generic congressional vote was just R+2.5.

Given that, why doesn’t the GOP have a 50-seat majority in the House of Representatives? Many reasons.

Overlooked in President Biden’s 2020 victory was that Republicans “overperformed” in that electoral cycle, gaining a net of 12 seats in the House of Representatives even as President Trump lost the presidency. The result was a razor-thin margin in the lower chamber, with 222 Democrats and 213 Republicans when the dust settled.

To put that into context, when Republicans seized the House in 1994 bolstered by their “Contract with America” after spending four-plus decades in the minority, they won 230 seats — just 18 more than the GOP had on election day, 2020.

Redistricting after the 2020 decennial census should have boosted Republican prospects in states where the party controlled the local legislature, but redistricting cuts both ways.

A proposed congressional map in North Carolina was thrown out by the state’s Democratic-controlled supreme court in February, and similar rewrites were ordered by courts for maps drawn by the Democratically controlled Maryland and New York legislatures in March and April, respectively.

From a political science standpoint, one reason the GOP edge in popular votes for the House of Representatives has not translated into more electoral victories is that those votes are “inefficiently distributed” in districts where there are large Republican majorities. Democrats faced the same issue in the 2012 election, and such is the nature of a federal legislature in a continental republic.

“The Border Is ... On the Ballot”. One major reason for any ultimate Republican gains is the Biden administration’s feckless and unpopular performance on immigration.

As I noted in my last post, Florida Governor Ron DeSantis (R) predicted this, telling the crowd at a September rally in Wisconsin that “The border is now an issue in these elections. ... It's on the ballot, and we got to make the most of it.”

DeSantis — who in the interests of full disclosure was my last boss on the Hill when he was chairman of the National Security Subcommittee and I was his staff director — is a savvy politico, winning as an unabashed border hawk in a state with a large and powerful Hispanic electorate.

His prediction was borne out in an exit poll of midterm voters conducted by CBS News. The outlet asked a sample of 4,636 voters which one issue out of five (crime, abortion, inflation, gun policy, and immigration) “mattered most in deciding how” they cast their ballots.

Inflation came in first, and heavily favored Republicans: 31 percent of voters identified it as the issue that mattered most, and 71 percent of them voted for the GOP. In other words, Republicans can point to that issue as the one that gained them more than 22 percent of their votes.

Abortion was number two, the choice of 27 percent of respondents, and that one broke heavily in favor of Democrats, by a 76 percent to 23 percent margin. In context, that response suggests that 20.5 percent of Democratic voters pulled that party’s lever because of their concerns over abortion.

Gun policy and crime tied for third, at 11 percent, but there was a strong partisan differential: 57 percent of those who listed crime as their top concern voted Republican (accounting for 6.27 percent of the overall GOP vote), while 60 percent of voters concerned about gun policy voted for Democrats (6.6 percent of that party’s votes).

Immigration finished a close last, the top issue for 10 percent of respondents, and the one that had the strongest GOP “lean”. Some 73 percent of voters who were concerned about immigration cast a Republican vote, thus accounting for 7.3 percent of GOP votes.

That polling showed that Republicans had a clear advantage when it comes to handling immigration, with 54 percent of respondents putting their trust in the GOP compared to 45 percent for Democrats.

Of those five issues, the federal government has the power to affect just three — inflation, gun policy, and immigration. The Supreme Court’s June decision in Dobbs shifted responsibility for abortion back to state legislatures, while crime — with just a few notable exceptions like immigration offenses, drug and weapons trafficking, and money laundering — is almost exclusively a local issue.

Our current inflationary boom has resulted from many different factors, and there are few levers that Congress can pull to tame it. And while Congress can broadly implement gun bans, its ability to do so is constrained by the Second Amendment and such acts have proven unpopular in the past. In any event, Congress can only at best limit legal gun ownership, which has little effect on the criminals who aren’t law-abiding to begin with.

Consequently, as I explained in July, “States Are Utterly Dependent on the Feds to Secure the Border, Enforce Immigration Laws”. Texas Governor Greg Abbott (R), DeSantis, and whoever ends up wielding power in Phoenix can use their power to blunt the worst effects of the humanitarian disaster at the Southwest border, but only DHS can control it.

To his credit, House Minority Leader Kevin McCarthy (R-Calif.) understood that immigration was on the ballot in September, vowing in the “Commitment to America” he released that month to “Secure the Border and Combat Illegal Immigration” by, among other things, ending “catch-and-release loopholes” and fully funding border enforcement.

GOP candidates across the country should have followed McCarthy’s lead, placing the blame for what even the editorial board at the left-leaning Bloomberg Opinion termed “Biden’s Border Fiasco” squarely on the White House, and outlining plans to fix it.

While many Republican candidates did, a lot sidestepped the issue or simply cast the blame without offering solutions, or alternatively put the border third or fourth on their list of administration failures. In my opinion, that was a mistake.

The current border crisis affects communities a thousand miles away from the U.S.-Mexico line, as Americans die of cartel-supplied drugs and classrooms and hospitals strain under hundreds of thousands of new students and patients. Congress not only can address that crisis, as McCarthy has vowed to do, it’s the only body in our government that can stop the worst of Biden’s immigration abuses.

Hindsight is 20-20, and House races at the end of the day are 435 local contests. I trust all candidates in those races to understand what their would-be constituents want, but the GOP would likely be in better shape today had they listened to the Florida governor and the man who would be speaker.