If the GOP wins, immigration and the border will be the second leading reason for victory 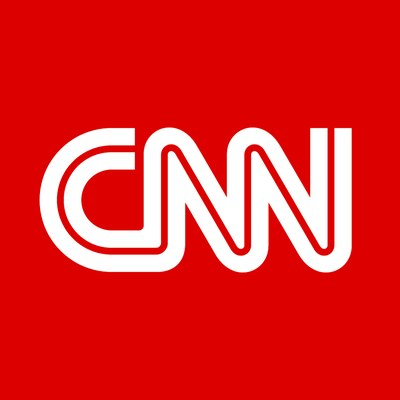 CNN has released its latest poll in advance of the November 8 midterm elections. It reveals that immigration is the second-leading issue, behind just the economy and inflation, motivating Republicans and those who “lean Republican” to the polls. If the GOP wins, its leaders will be expected to fix the humanitarian disaster at the Southwest border.

The poll was conducted between October 26 and 31 for CNN by SSRS, “a full-service survey and market research firm”, and involved a representative sample of 1,508 respondents, 1,209 of whom are registered voters.

President’s Approval Rating. There was a lot of bad news for President Biden. Just 42 percent of likely voters approved of his handling of the job, compared to 58 percent who disapproved. And that’s better than he is doing among overall respondents and registered voters generally, where his approval rating is just 41 percent, compared to 59 percent who disapproved of the job Biden is doing as president.

It’s also a four-point drop in Biden’s approval rating in less than two months. In similar polling between September 3 and October 5, 46 percent of likely voters approved of Biden’s handling of his job, while 54 percent disapproved.

Note that during that period, 44 percent of respondents and of registered voters approved of the president’s performance, compared to 56 percent who disapproved, suggesting that many of those who previously approved of Biden’s performance are now less likely to vote in the midterm elections.

That conclusion is supported by the fact that those likely to vote who strongly approve of the job Biden is doing has fallen precipitously, from 20 percent in that earlier polling to 17 percent in the most recent poll. Conversely, likely voters who strongly disapprove of Biden’s performance has also jumped, from 54 percent to 58 percent over that period.

“Right Priorities”. Biden’s low approval ratings likely have a lot to do with the fact that Americans generally and voters in particular don’t think that Biden has the right priorities and is failing to pay enough attention to the country’s truly pressing issues.

Immigration as the Leading Midterm Issue. Immigration is an issue that many Americans believe are among those “most important problems”, as that poll reveals.

Six percent of respondents identified it as the most important issue in how they will decide how to vote in the congressional midterms, the fifth most popular choice. More than half of likely voters, 51 percent, said that the most important issue when they cast their ballots will be the economy and inflation, while 15 percent stated it was abortion, 9 percent “voting rights and election integrity”, and 7 percent “gun policy”.

The latter three are generally (but not exclusively) issues that motivate Democratic voters, while in this election at least, the economy and inflation and immigration are pushing voters toward casting a ballot for the GOP.

Interestingly, immigration is a bigger factor for women than men when it comes to voting in the midterms, by a seven- to five-point margin. Likely voters who are older (aged 65 and up) are twice as motivated to cast their ballots based on immigration than those aged 35 to 49, by an 8 percent to 4 percent margin.

Nine percent of likely voters who are Republicans stated that immigration is the most important issue in how they will vote in the midterms, a figure that holds among likely voters who “lean Republican”. That makes immigration the second leading issue deciding how those groups will vote, with only the economy and inflation drawing more of them (71 percent, respectively) to the polls.

Not even crime, the main vote driver of 3 percent of Republicans and those who lean Republican.

By comparison, just 4 percent of Democrats and 3 percent of those who lean toward that party identified immigration as the most important issue when they cast their votes, bumping it below even “climate change” (the main choice of 9 percent of likely voters who are Democrats and 10 percent of the Democratic-leaning).

Why It Matters. Unlike a handful of other countries, no one in the United States is compelled to cast a ballot. And midterms are “turn-out” elections when there is no presidential candidate at the top of the ticket to vote for. Parties must go to pains to not only turn out their “base” voters, but to convince the noncommitted to both turn out and vote for their candidates.

If Republicans win one or both houses of Congress, immigration will be not only one of the key drivers of that victory, but the second leading reason why the GOP won.

Should Republicans win control in the midterms, there will be a lot of pressure on GOP leadership in the next, 118th, Congress to secure the border, while Republicans in the “lame duck” session that will follow the election will have to fight off amnesty efforts until January. If they can do so, it will set the party up to retake the White House in 2024 — a race that starts as soon as the midterm polls close.