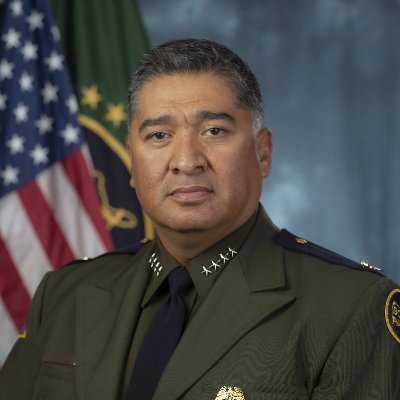 Sometimes a paradigm shift can be pinned to a specific inflection point, like then-President Clinton’s admission in his 1996 State of the Union address that “The era of big government is over”, after his big-government party was drubbed in the 1994 midterms. An August 29 CNN article is in this vein. That outlet has largely ignored the disaster at the Southwest border, but it now has suddenly realized that the situation is being exacerbated by the illegal entry of aliens from around the globe — and quotes immigrant-friendly “experts” calling for fixes similar to those the Center has promoted for years. Quelle surprise.

The Overlooked “Radical Shift”. The article is captioned “A 'radical shift' at the border is making things tougher for Biden”, and begins:

There's a major detail missing from many conversations about the rising number of migrants coming to the US-Mexico border.

Decades ago, the vast majority of migrants attempting to cross the border between ports of entry were Mexican. A few years ago, most came from the Central American countries known as the Northern Triangle: Guatemala, Honduras and El Salvador. But now, according to Border Patrol statistics, the number of people coming from outside those places is growing — and fast.

It reminds me of the quote from Pauline Kael, then-New Yorker film critic, who stated after Richard Nixon’s landslide 1972 presidential win: “I live in a rather special world. I only know one person who voted for Nixon. Where they are I don’t know. They’re outside my ken.”

Like the late Ms. Kael’s take on devotees of the 37th president, the authors of the CNN piece are apparently unfamiliar with the reporting of my colleague Todd Bensman. He’s “outside their ken”, as both Kael and my Scottish great-grandmother would have put it.

For the last three years (at least) Bensman has detailed the movements of “long-distance” migrants from countries around the world who are coming to enter the United States illegally. He wrote a whole book about it (available now from Amazon, Barnes and Noble, Bookshop, Books-a-Million, and Indie Bound).

Perhaps CNN could be forgiven for overlooking reporting from the Center, the “little think tank that could”. It’s a bit unclear, however, why the outlet ignored DHS, which boiled the ur-demographic shift at the border down into two factoids in an April 2018 press release:

Before 2011, over 90% of arriving aliens were single adult males. Today 40% are families and children.

Before 2009, 90% of arriving aliens were Mexican nationals. Today nearly 50% are Central Americans.

The illegal entry of OTM/ONTs has spiked under the Biden administration. In January, OTM/ONT apprehensions totaled fewer than 9,500. That rose to almost 40,000 in May, topped 57,000 in July, and reached 67,531 in September — a 600 percent increase in just eight months.

As noted, historically (prior to FY 2010) most illegal entrants were single adult males from Mexico. In fact, of the 10.2 million illegal migrants apprehended by Border Patrol at the Southwest border between FY 2000 and FY 2009, 9.6 million (94.1 percent) were Mexican nationals. UACs and FMUs were such a rarity that Border Patrol didn’t start counting the former until FY 2010, or the latter before FY 2013.

Border Patrol facilities were built in the late 1990s and early 2000s to accommodate those single adult Mexican males, who could be processed in eight hours or less and quickly removed or returned back across the border. OTMs take much longer to process, and FMUs longer yet — up to 78.5 hours, in facilities never meant for children.

The Trump administration threatened sanctions to dun the Mexican government into accepting around 70,000 OTMs who were returned across the border to await their removal hearings pursuant to the Migrant Protection Protocols (MPP), better known as “Remain in Mexico”.

The Biden administration, which fought for over a year in court (thus far successfully) to end Remain in Mexico, has not been quite so forceful or effective in forcing the Mexican government’s hand, however.

It has managed to convince the Mexican government to accept back more than 1.696 million illegal Southwest border entrants who DHS expelled pursuant to CDC orders issued under Title 42 of the U.S. Code in response to the Covid-19 pandemic, but just 3.8 percent (a little over 65,000) were OTM/ONTs.

The Wisdom of “Experts”. Two usually immigrant-friendly experts cited by CNN contend that “the changing makeup of migrants at the border shows how badly the US immigration system needs an overhaul”. Normally I would assert that, while I concur in that judgment, my definition of an “overhaul” and theirs would be quite different.

In what I would term a refreshing shift, however, it appears that they now understand that the system is being abused. One suggests that we need “the infrastructure to expel people as fast as they come in”, a suggestion with which I heartily concur, and which I have been promoting since the last administration.

Speaking of the last administration, Trump did create such an infrastructure in the form of a series of policies — including and especially MPP — that removed the incentives encouraging foreign nationals from near and far to enter illegally in the hope and expectation that they would be able to live and work in the United States.

DHS found in its October 2019 assessment of the program that Remain in Mexico was “an indispensable tool in addressing the ongoing crisis at the southern border and restoring integrity to the immigration system”, particularly as related to alien families. Asylum cases were expedited under the program, and MPP removed incentives for aliens to make weak or bogus claims when apprehended.

You don’t have to trust me when I say that the Biden administration’s rejection of those Trump policies is driving the current migrant tsunami at the U.S.-Mexico line.

As Fox News reported on August 30, Biden’s own Border Patrol chief, Raul Ortiz, admitted under oath during a deposition in litigation brought by the state of Florida that the president's “border policies have ‘no consequences’ for illegal migrants traveling into the U.S. and are to blame for the unprecedented surge at the border and release of hundreds of thousands into the interior of the country”.

DHS has decades of experience expelling illegal Mexican nationals at the Southwest border, but removing illegal entrants from the Northern Triangle is much more difficult, and long-distance migrants are harder to remove yet.

The only real solution to the disaster at the border — to which even previously immigrant-friendly “experts” have apparently now awakened — is to impose consequences that will deter aliens from entering illegally. Biden’s own Border Patrol chief has admitted the president’s policies fail to impose consequences for illegal entry, though, and so the welcome mat to the whole world at the Southwest border will remain until the administration itself wakes up and pulls it back.