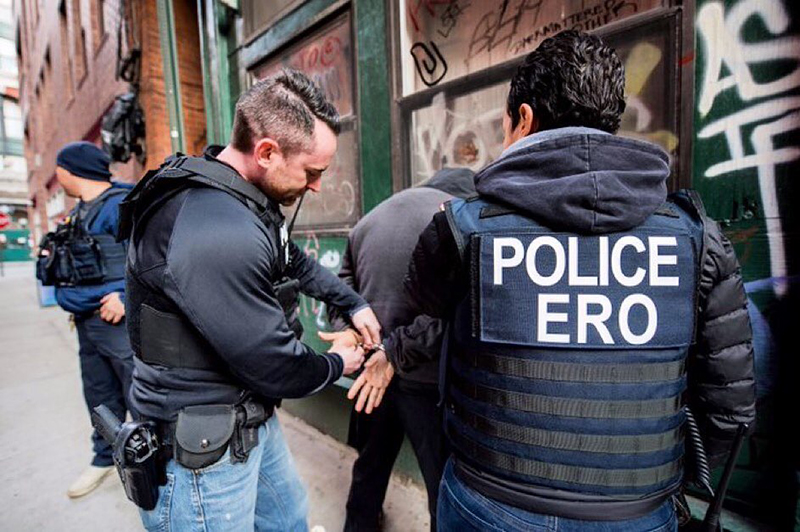 The Biden administration hopes to cripple immigration enforcement permanently by converting deportation officers into special agents who are allowed to enforce only a few criminal immigration violations, according to several credible reports.

My sources believe that this proposal is one element of a scheme that will be presented as a re-organization of ICE to make it more efficient by abandoning routine, "administrative" immigration enforcement. Besides setting ICE up to be starved of resources and authority for routine enforcement, It would have the additional effect of neutralizing the deportation officers' union, which has been an influential voice in making the case for the public interest value of robust immigration enforcement.

Mayorkas is reported to have told ICE personnel at a staff town hall in San Antonio that the plan will be released in about 90 days. Top agency leaders now in place as acting ICE division heads (specifically Tae Johnson, acting ICE director and Matthew Allen, his acting deputy) are reportedly on board with the plan, according to headquarters chatter. Johnson is said to have remarked that he wants ICE to focus on "quality, not quantity".

Reportedly, the plan is to split the Enforcement and Removal Operations (ERO) branch, which is staffed primarily by deportation officers who are responsible for criminal alien deportations, detention, and other routine immigration enforcement, and Homeland Security Investigations (HSI), which is staffed primarily by special agents who are responsible for gang, drugs, human smuggling, trafficking, worksite, and other investigations. The immigration enforcement mission would become the responsibility of ERO.

Mayorkas proposes to eliminate the position of ERO deportation officer, and elevate those officers to the position of special agents. The special agents would be on a higher pay scale, and would be given the authority to enforce only criminal violations of immigration law; administrative enforcement would be abandoned.

To be clear, the vast majority of aliens who are removed, even those with serious criminal convictions, are removed on administrative charges; only a handful are removed on criminal charges such as illegal re-entry after deportation, human smuggling, illegal alien in possession of a firearm, etc. The criminal immigration charges are prosecuted by U.S. attorneys under the Department of Justice, not ICE.

In 2019, the most recent year available, a total of 29,355 offenders were prosecuted for immigration crimes. The vast majority of these occurred in the border districts. Most were aliens, but about 2,600 were U.S. citizens. This is a small share of the ICE caseload in 2019, which included more than 267,000 border and interior removals. So confining ICE agents to pursuing only criminal immigration violations would effectively shut down nearly all interior enforcement.

Eliminating deportation officers would also mean the elimination of their union, the National ICE Council, as the newly minted special agents would be absorbed into larger union that covers all other federal special agents.

Many in HSI would welcome the divorce from ERO, especially those who worked as customs agents before the INS-Customs merger into ICE in 2003, many of whom view immigration enforcement with disdain. In July 2018, a group of HSI field office chiefs put out an open letter asking then-DHS secretary Kiersten Nielsen to separate them from their counterparts at ERO. At the time, my colleague Dan Cadman observed:

The letter provides a rare public glimpse into something I and a few of my colleagues have written about before: the serious internal divide between HSI and ERO.

It is an open secret among those within ICE that HSI has done its level best to a) force legacy Immigration and Naturalization Service (INS) agents out of their ranks and into ERO; and b) avoid doing immigration enforcement work in every meaningful way they can, unless it's "sexy" enough to meet their demands. Routine but critical immigration work such as overstay compliance or apprehension of alien criminals is shrugged off whenever possible.

There is only a token sprinkling of legacy INS agents among the leadership ranks in field offices, and this holds true in HSI at ICE headquarters as well. What's more, if one were to examine the case and work product statistics, one would come to the same conclusion: This division of ICE abhors Title 8 (Immigration and Nationality Act) enforcement work.

Reportedly, current ICE Deputy Director Allen was one of the instigators of this letter.

There are some good arguments to be made in favor of a reorganization of ICE and other immigration agencies and responsibilities, but the Mayorkas plan aims to wound these agencies, not heal them.