CBO needs to do a long-term cost estimate 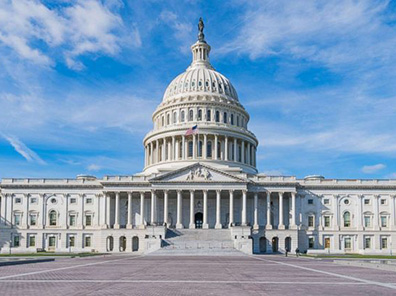 The House Judiciary Committee is scheduled to hold a "markup" work session this morning on an amnesty for illegal immigrants that is contained within the Democrats’ budget reconciliation bill. The amnesty would cover “essential workers,” plus holders of Temporary Protected Status (TPS) and Deferred Enforced Departure (DED) status, as well as so-called “dreamers” who arrived at the age of 18 or younger. All told, the estimated number of amnesty recipients would be 8 million, which is most of the roughly 11 million illegal immigrants living in the U.S. today.

Why Amnesty Is So Costly to Social Security and Medicare

Under current law, illegal immigrants are net contributors to Social Security and Medicare. They partially pay in to entitlement programs, but most cannot legally receive benefits. By granting eligibility for benefits, however, amnesty would transform illegal immigrants from net contributors into net beneficiaries, imposing steep costs on the Social Security and Medicare trust funds.

In a detailed report published in April, the Center estimated that amnesty would impose a lifetime net cost on Social Security and Medicare Part A (hospital insurance) of about $129,000 per amnesty recipient. This cost is the present discounted value of benefits received minus new taxes paid.

Cost of the Reconciliation Amnesty

Extrapolating from the results above, an amnesty for 8 million illegal immigrants would generate a total cost to Social Security and Medicare Part A of roughly $1 trillion in present value. The cost of smaller or larger amnesties can be estimated by multiplying $129,000 by the number of recipients.

There are special considerations in the case of this reconciliation bill. Some of the illegal immigrants who would receive amnesty are already eligible for Social Security and Medicare due to their current “deferred” or “temporary” status. Whether the proposed bill adds new entitlement costs for those particular amnesty recipients depends on whether we consider such status to be effectively permanent. The bill’s amnesty recipients also probably skew younger than the overall illegal population, although the difference cannot be large if 8 million out of 11 million are covered.

In any case, because most of the entitlement costs associated with amnesty would occur outside the typical 10-year budget window of the Congressional Budget Office (CBO), it is imperative that Congress ask the CBO to do a special analysis of long-term entitlement costs when it scores the amnesty provisions of this reconciliation bill. Otherwise, the most significant costs of the amnesty will be hidden.

In addition, although I am no expert on the Senate’s arcane budgetary rules, it seems that these long-term costs could impact whether the reconciliation bill meets the requirement of not increasing deficits after 10 years.