Probably just posturing, but don’t count out a polarizing move that would wreck Senate norms 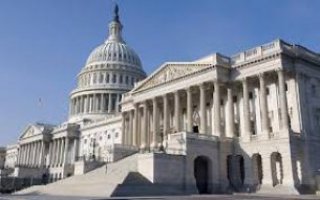 Sen. Joe Manchin (D-WV) publicly stated on this week that he “cannot vote” for H.R. 5376, the “Build Back Better Act” (though not citing its immigration provisions), almost definitely dooming it. But the White House has since vowed to “work like hell” to get the measure passed.

As I reported on December 17, Senate parliamentarian Elizabeth MacDonough issued guidance finding that a Democratic proposal to grant a "parole" amnesty to 6.5 million illegal aliens, included in the BBB, violated the “Byrd rule”. That means it would likely be stripped out if any senator raised a “point of order” on the floor against it.

If BBB does come to a vote, Democrats and immigrant advocates are scheming to override MacDonough’s guidance. That is likely simple posturing, but don’t count out a polarizing move that would wreck the norms on which the Senate operates.

Amnesty Is Not That Popular. BBB is a “reconciliation” bill, which can be passed on a party-line vote without Republican support (i.e., avoiding the Senate filibuster). Even though amnesty proponents constantly profess that granting legal status to aliens here illegally is politically popular, such proposals have been what we call on Capitol Hill a “heavy lift” – difficult to pass – and amnesty has regularly failed over the past decade-plus.

Were amnesty really that popular, however, Democrats could have simply passed it when they held a filibuster proof majority in the Senate, a majority in the House (where all bills pass with a simple majority), and Democratic President Barack Obama was in the Executive Mansion. That they failed to do so is telling.

Why Democrats Are Pushing So Hard for Amnesty Now. So why is amnesty such a pressing issue now? Because Democrats are headed into challenging midterm elections in 2022, in which the GOP stands a good chance of taking control of the House, and possibly the Senate, as well.

The president and his party are faring poorly on the issue of immigration (with good reason, given the fact illegal migration at the Southwest border is setting new records monthly), and so it is doubtful that any amnesty proposal is going to go anywhere in the next, 118th Congress. If Democrats are going to ram through an amnesty, they need to act quickly.

Reflecting this urgency, The Hill reports that congressional Democrats and amnesty proponents are urging Democratic leadership to ignore MacDonough’s guidance and push forward with the immigration proposal in the BBB.

Many are openly critical of the parliamentarian’s ruling. For example, The Hill quotes Sen. Elizabeth Warren (D-Mass.), who asserted: "The parliamentarian was wrong, as a matter of law. The reconciliation bill has included immigration provisions multiple times in the past, and this bill clearly met the threshold of budgetary impact. ... We're keeping all options on the table".

There are a lot of variations of “all options on the table” and “any means necessary” in that article.

Then there is Frank Sharry, the executive director of America's Voice, described as “a progressive immigrant advocacy organization”. He complained: “This is a helluva way to run a democracy. An unelected staff attorney in a supposedly non-political role makes yet another political decision to thwart the freedom and futures of millions of undocumented immigrants”.

With due respect to Mr. Sharry (who has been peddling amnesty for years), those “undocumented immigrants” hold their freedoms and futures in their own hands. They are free to leave, and to build their futures elsewhere, and could always legalize their statuses through existing channels. And they – and they alone – are responsible for their undocumented status.

As for the unelected in supposedly non-political roles, Dr. Anthony Fauci, the director of the National Institute of Allergy and Infectious Diseases, checks both of those boxes and controls the lives and livelihoods of hundreds of millions of Americans every day. Were I to make a similar statement about him, however, I would run the risk of being kicked off Facebook (not exactly the end of the world).

What all these advocates are really asserting is that congressional Democrats should be allowed – nay, forced – to use the limited majority power they possess to foist a poorly though-out proposal on an unwilling “minority” without their assent or even involvement. There is a reason that our system does not work like that, and this amnesty proposal is Exhibit A.

Why the Parliamentarian’s Decision Should be Allowed to Stand. Like most new staffers, when I first came to Capitol Hill, I attended a class taught by the Congressional Research Service, the research arm of the legislative branch. There I learned a lesson that has stuck with me ever since: “Congress does not exist to pass laws. Congress exists to keep bad laws from being passed.” The parole amnesty in section 60001 of BBB would be bad law.

Again, it would grant quasi-legal status to about 6.5 million illegal aliens, and as MacDonough explained, would allow three million of them to get green cards (the proposal would also cost $131 billion over ten years).

That would leave 3.5 million aliens without any status, aside from parole, which by definition is not permanent and which, under the terms of the BBB, would last for just 10 years.

If history is a guide, there would be impetus at the end of that decade to renew the parole amnesty in the BBB. History can be a poor guide, however, and some “black swan event” like another September 11th or a significant downturn in the economy could cool the ardor of the American people to continue the program.

The Senate runs on “rules” (the parliamentarian’s province) and math (the 60 votes required to pass most legislation). Underlying both are two other concepts: comity and norms.

The late Sen. Robert Byrd (D-W.V.) was a proponent of both comity – roughly the collegiality expressed, and respect shown, by senators to one another – and the norms of the Upper Chamber. That is why the “Byrd rule” bears his name. He was an ardent liberal Democrat, but his first loyalty was to the Senate as an institution.

When norms get tossed, collegiality breaks down. Democrats hold the slimmest of majorities in the Senate, and for that reason have the strongest interest in ensuring that those norms – including respect for the parliamentarian’s rulings – are followed. They could be in the minority in January 2023 (if not sooner, were any of the six Democratic members – from states where a Republican governor could appoint a successor – to resign or die), and thus would rely on the goodwill of Republicans to respect those norms.

That is particularly true with respect to the parole amnesty in H.R. 5376.

MacDonough’s guidance signals that if a point of order were raised by a senator in opposition to section 60001 of the BBB, she would advise the “presiding officer” (again, Vice President Harris or a Democratic senator serving temporarily as president of the senate) that the provision violated the Byrd rule, which “generally prohibits the inclusion of material considered extraneous to the purpose of a reconciliation bill”.

The presiding officer could accept or reject her advice, although under Senate norms it would routinely be accepted. That decision could be appealed to the Senate as a whole, subjecting the question to a vote. Again, normally that would require 60 votes to pass, but some experts believe that Senate Democrats could attempt to overrule that decision with a simple majority – “the nuclear option” – which would be as contrary to the body’s norms and comity as it sounds.

Sen. Manchin was on record even before MacDonough issued her guidance as stating that he would support the parliamentarian’s ruling, but as noted, he is being subjected to significant pressure to bend on BBB generally. By all accounts, he is a man of his word, but his promises are not set in stone.

Thus, Senate Democrats could trash the place by forcing that proposal on their GOP colleagues, but in doing so they would virtually ensure that the aliens who benefit from parole, but not green cards, will be stuck in limbo forever. Bad feelings die hard on Capitol Hill, and that class of aliens would be besmirched by the effort.

Similarly, “amnesty” would receive an even worse rap than it has right now. Immigrant advocates eschew the word because of its negative connotations, but no measure of sophistry and no compilations of pictures of sad-eyed tots in their mothers’ arms would overcome the rancor that would accompany the shenanigans required to get section 60001 passed.

Expect More Posturing, But Little Action. As noted, BBB is already on life support due to the Sen. Manchin’s refusal to support the bill. He is not quite the ardent institutionalist Robert Byrd was, but he is a Democrat in a heavily Republican state (Donald Trump received 68.6 percent of the votes in West Virginia in 2020). As they say, “If you don’t represent your constituents, soon you won’t represent your constituents.”

Sen. Manchin is likely also running cover for any number of his fellow Democrats in contested seats who lack the temerity to buck party leadership. The annual inflation rate is running at a 30-year highs, and many voters believe that BBB would make that worse. Couple that with an amnesty at a time that 71 percent of voters are concerned about illegal immigration at the Southwest border, and you have a vote that would be difficult to explain at election time.

That leaves Democrats free to pander to immigrant advocates about “leaving all options on the table” when it comes to the parliamentarian’s ruling about the parole amnesty in the BBB. They can talk about breaking the metaphorical china without actually having to lift a saucer.

Still, a lot of Democrats believe that the window for passing the “progressive” proposals in the BBB – including amnesty – is closing. That creates a dangerous scenario in which they could do something rash, even if it meant certain defeat in the midterm elections. Democrats’ threats to wreck legislative norms are likely just posturing, but don’t count out a move that would simply further polarize Congress for decades to come.