Accounted for 42% of Medicaid growth since 2011

By Steven A. Camarota and Karen Zeigler on November 12, 2014 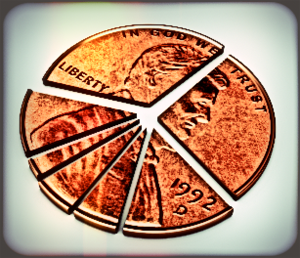 A key part of the Affordable Care Act is Medicaid expansion for those with low incomes.1 A new analysis of government data by the Center for Immigration Studies shows that immigrants and their U.S.-born children (under age 18) have been among the primary beneficiaries of Medicaid growth.2 The data show that immigrants and their children accounted for 42 percent of the growth in Medicaid enrollment from 2011 to 2013. Immigrants benefited more from Medicaid expansion than natives because a much larger share of immigrants are poor and uninsured. It seems almost certain that immigrants and their children will continue to benefit disproportionately from Obamacare, as they remain much more likely than natives to be uninsured or poor.3 The available evidence indicates that Medicaid growth associated with immigrants is largely among those legally in the country.

Data Source. Data for this analysis come from the Current Population Survey’s Annual Social and Economic Supplements, often abbreviated as CPS ASEC or just ASEC.6 The ASEC is collected in March of each year and asks respondents about health insurance coverage, including Medicaid, in the prior calendar year. Thus, the ASEC from March 2014 provides coverage information for 2013, the data from March 2013 provide information about 2012, and so on. This report is based on the 2012, 2013, and 2014 public-use files of the ASEC. Medicaid coverage as reported in the ASEC includes the Children’s Health Insurance Program (CHIP) and Medicaid programs that have state specific names such as Medi-Cal in California or TennCare in Tennessee. Prior research indicates that the ASEC underestimates Medicaid use, so the actual growth in enrollment is almost certainly greater than reported here.7

Immigrants (legal and illegal) are referred to by the Census Bureau as the foreign-born. The foreign-born are individuals who were not U.S. citizens at birth. This includes naturalized citizens, permanent residents (green card holders), illegal immigrants, and some long-term visitors such as foreign students and guest workers who respond to the survey. Of immigrants in the ASEC, slightly more than a quarter are estimated to be in the country illegally.8 Figures reported for immigrants and their U.S.-born children include children under age 18 born in the United States who have two immigrant parents or an immigrant father. Those with an immigrant mother and a native-born father are counted with the figures for natives. 1 Although the ACA increased the income threshold for Medicaid eligibility, this provision was not fully implemented until January 2014. However, the act gave states the option of early Medicaid expansion to some low-income adults. Six states have done so (California, Connecticut, Minnesota, New Jersey, Washington state, and the District of Columbia). In addition, published accounts indicate that the health insurance marketplaces established by the states under the ACA have significantly increased Medicaid enrollment, particularly from July/September 2013 to February 2014. The March 2014 Census Bureau data used in this analysis should capture Medicaid increases through December 2013, as the Census survey asks about health insurance coverage, including Medicaid, at any time in the prior calendar year. (See Robert Pear, “Law Lifts Enrollment in Medicaid by Millions”, The New York Times, April 4, 2014.) Also, the publicity surrounding Obamacare’s Medicaid expansion has created what has been described as the “woodwork” or “welcome mat” effect as people who were already eligible for the program, but were not enrolled, took advantage of the program on their own. (See Eli Okun, “Texas Sees Rise in Medicaid Signups”, Texas Tribune, July 15, 2014, and “Medicaid enrollment rising in Florida”, WSTP News10 ABC, April 10, 2014.

2 The figures include immigrants (all individuals who were not U.S. citizens at birth) and children under the age of 18 born in the United States who have two immigrant parents or an immigrant father. Those with an immigrant mother and a native-born father are counted with the figures for natives.

4 This number includes those immigrants under age 18.

5 The number of immigrants and their children on Medicaid increased by 1.36 million from 2011 to 2013. Data for 2012 (2013 costs have not been published) show average Medicaid costs of $6,641, which would mean the increase in enrollment associated with immigrants costs $9 billion annually. However, children tend to be relatively inexpensive to insure and, while adults (18 to 64) are more costly than children to insure, they still receive much less care than the elderly and disabled who make up a modest share of enrollment, but account for a majority of Medicaid costs. Of the increase in enrollment associated with immigrants, 49 percent was among children (immigrant and U.S.-born). Based on the average Medicaid expenditure for those under age 18 in 2012, the annual cost for insuring these children can be estimated at $1.8 billion. If we assume average non-disabled adult costs account for the other 51 percent of this population, then the total cost would be an additional $2.8 billion. This means that the total cost for the growth in Medicaid enrollment associated with immigrants comes to $4.6 billion annually. This is an admittedly rough estimate. It assumes none of the increase in enrollment was among the disabled, who are the most expensive to insure. Also, immigrants tend to be concentrated in states that spend above the national average on Medicaid, but we assume the national average Medicaid expenditure by age group in this estimate. It must be remembered that the youth and relatively good health of the immigrant population makes them less expensive to insure on average than natives. Nonetheless, just the increase in Medicaid enrollment in recent years associated with immigrants cost American taxpayers roughly $5 billion annually. (Cost estimates, including state expenditures, are from the 2013 Actuarial Report on the Financial Outlook for Medicaid, Centers for Medicare & Medicaid Services U.S. Department of Health & Human Services, Table 2.)

6 The Current Population Survey does not include those in institutions such as prisons and nursing homes.

7 John L. Czajka and Gabrielle Denmead, “Income Data for Policy Analysis: A Comparative Assessment of Eight Surveys”, report prepared for the Office of the Assistant Secretary for Planning and Evaluation, U.S. Department of Health and Human Services, December 2008.

8 We have estimated in prior research that about 28 percent of immigrants in the CPS are in the country illegally; see Table 36 in Steven A. Camarota, “Immigrants in the United States 2010: A Profile of the Foreign-Born Population”, Center for Immigration Studies, 2012. These estimates are consistent with those from the Pew Hispanic Center; see Jeffrey S. Passel and D’Vera Cohn, “Unauthorized Immigrant Population: National and State Trends”, Pew Hispanic Center, 2010, p. 9.