Poverty and welfare use double that of native-born Americans

By Steven A. Camarota and Karen Zeigler on November 1, 2018

Recent news coverage of a caravan from Central America hoping to enter the United States illegally has raised interest in the number and characteristics of Central Americans in the country. A new analysis by the Center for Immigration Studies of the latest Census Bureau data, which includes legal and illegal immigrants, shows that the size of the Central American immigrant population (from Guatemala, El Salvador, Belize, Honduras, Nicaragua, Costa Rica, and Panama) has grown enormously in recent decades. It also shows immigrants from the region often struggle with high rates of poverty and welfare use and low average incomes. The reason this is the case is not due to an unwillingness to work. In fact, Central Americans (ages 18 to 64) are slightly more likely to hold a job than native-born Americans. Rather their high rates of poverty and welfare use are due to their low levels of education, which, as their numbers have soared, have declined dramatically relative to natives.

Data Source. Data for this analysis for 1970, 1980, 1990, and 2000 come from the public-use files of the decennial census. Figures for 2010 are from the public-use files of the American Community Survey (ACS), and figures for 2018 come from the Annual Social and Economic Supplement of the Current Population Survey. All three data sources are collected by the U.S. Census Bureau and allow for the identification of immigrants by country of birth. The Census Bureau refers to immigrants as the "foreign-born". Immigrants are individuals who were not U.S. citizens at birth. It includes naturalized citizens, legal permanent residents (green card holders), temporary workers, and foreign students. It does not include those born to immigrants in the United States, including to illegal immigrant parents, or those born in outlying U.S. territories, such as Puerto Rico. Prior research by the Department of Homeland Security and others indicates that some 90 percent of illegal immigrants respond to the ACS.3 Thus, all the figures reported above are for both legal and illegal immigrants. Of Central American immigrants in the country, slightly more than half are likely here without authorization. 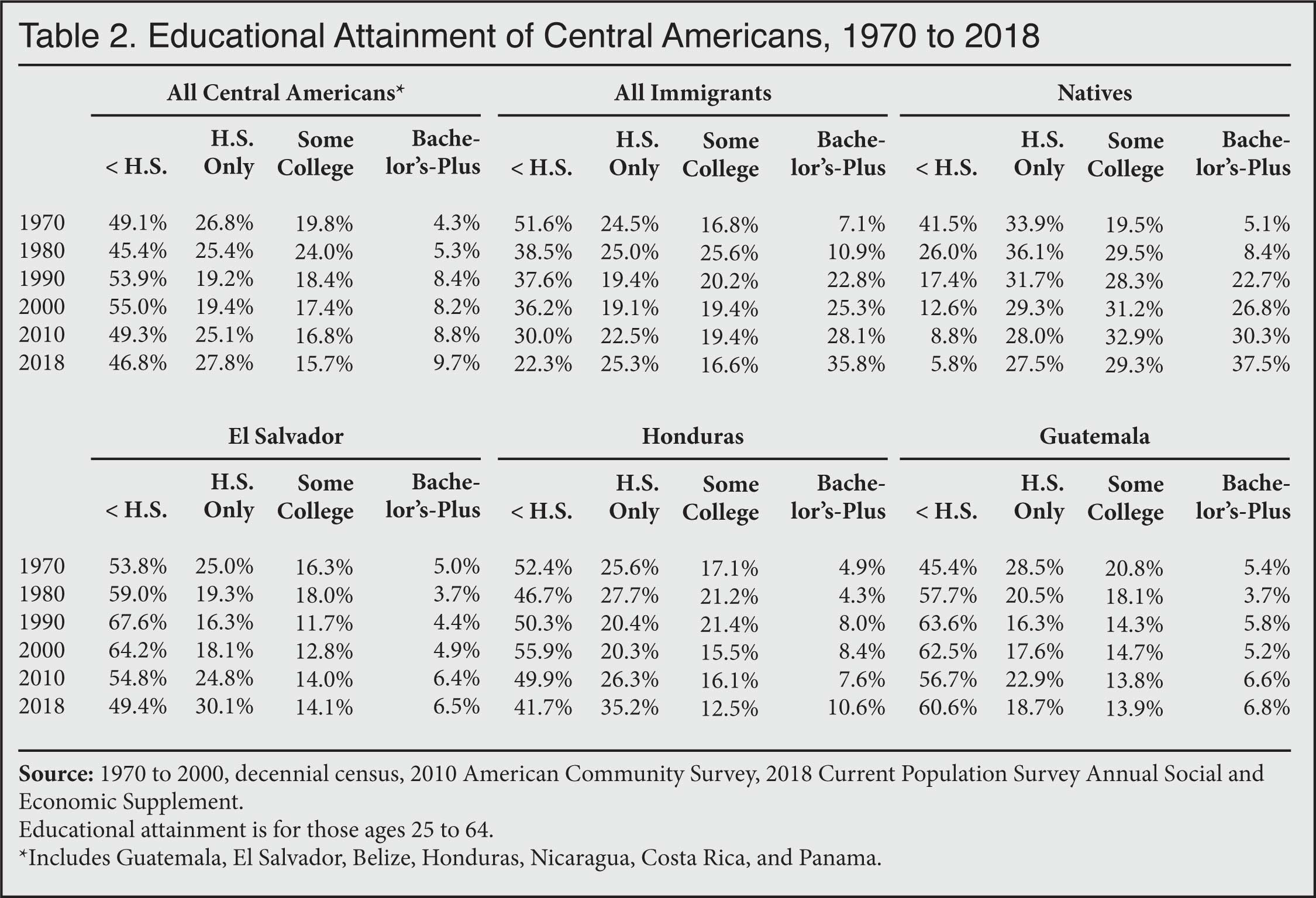 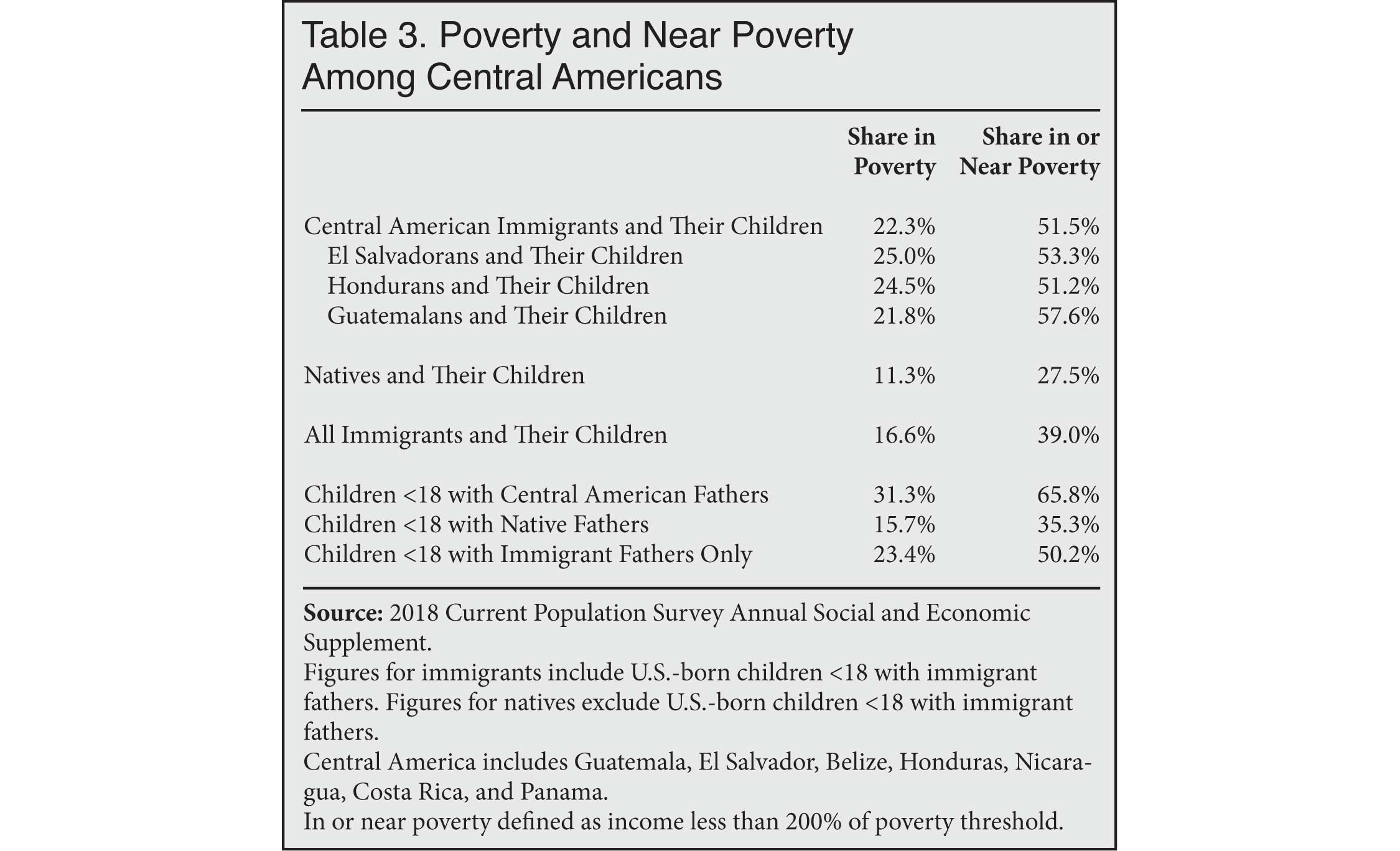 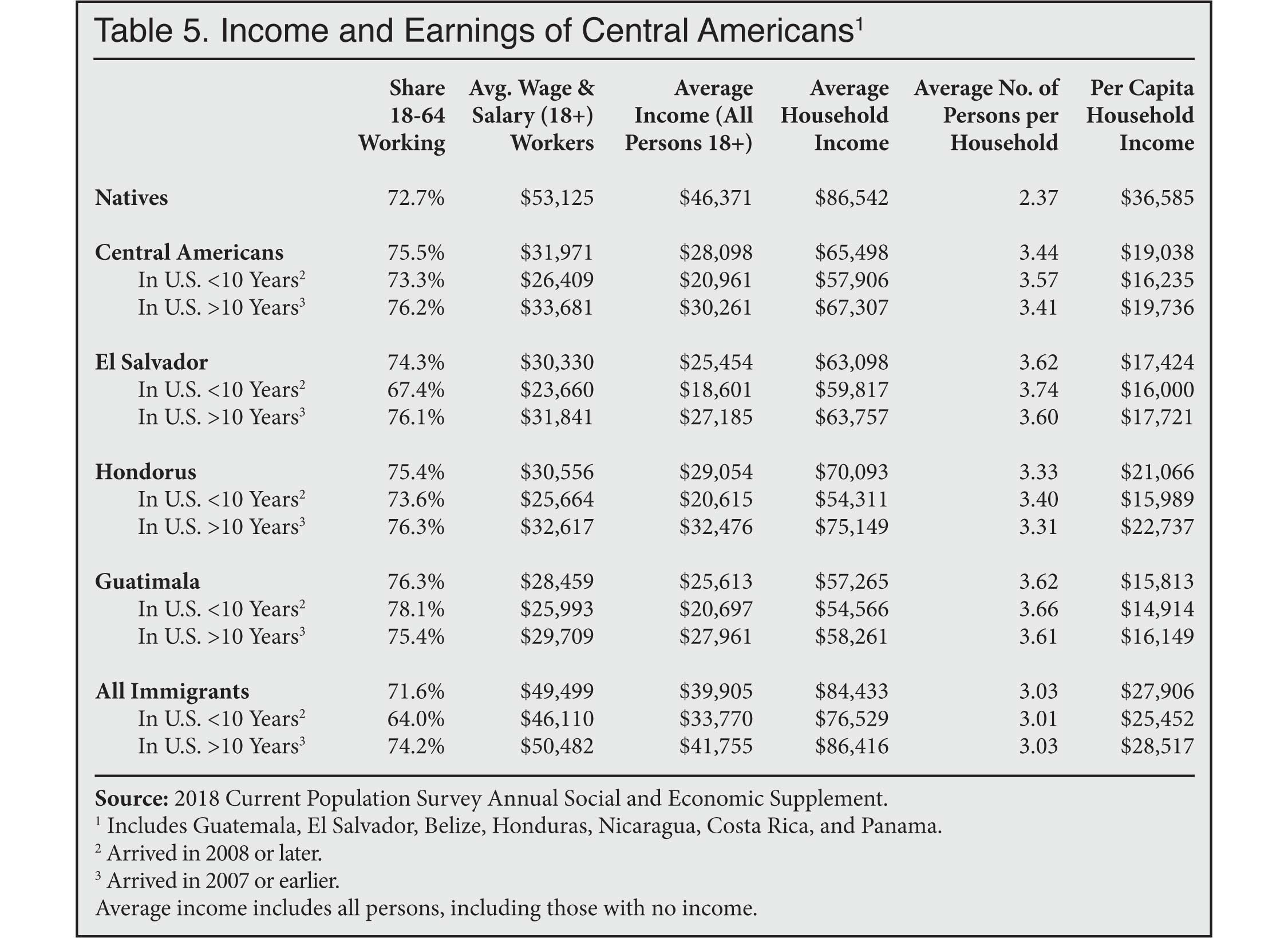 1 The most recent estimates from DHS are for 2014, which show 700,000 illegal immigrants from El Salvador, 640,000 from Guatemala, and 400,000 from Honduras. The 2014 American Community Survey for that year shows there were 1.32 million total immigrants (legal and illegal) from El Salvador in the country, 916,000 from Guatemala, and 588,000 from Honduras. DHS estimates are derived from Census Bureau data and include a slight undercount adjustment. Nonetheless, it still means that about half of immigrants in 2014 from El Salvador were in the country illegally, as were somewhat more than two-thirds from Guatemala and Honduras. See Bryan Baker, "Estimates of the Unauthorized Immigrant Population Residing in the United States: January 2014", Department of Homeland Security, Office of Immigration Statistics, July 2017.

2 In 2014, for example, the Survey of Income and Program Participation (SIPP), released much less frequently than the CPS, showed 49 percent of all immigrant households used at least one welfare program, as did 30 percent of native households — a 19 percentage-point gap. In contrast, the CPS from that year showed 41 percent of immigrant households used welfare compared to 25 percent of native households — a 16 percentage-point gap. Unfortunately, the 2014 SIPP is the newest data available and it does not allow for an examination of Central American immigrants separately. For more discussion of the difference between CPS and SIPP data see the methodology section of "Welfare Use by Immigrant and Native Households: An Analysis of Medicaid, Cash, Food, and Housing Programs", Center for Immigration Studies Backgrounder, September 10, 2015.