3 Million of them projected to obtain a path to citizenship 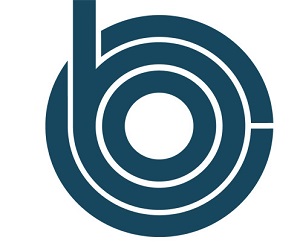 The House of Representatives recently passed the $1.7 trillion dollar budget reconciliation bill, known as the “Build Back Better” Act. The bill passed by the slim margin of 220-213, with all House Republicans voting against it (except for one member who did not vote) and one Democrat joined in opposition.

The Center’s analysts have written extensively on the various immigration provisions contained in the bill. Steve Camarota calculated that illegal aliens will receive $10.5 billion from the Child Tax Credit since the bill drops the requirement that the child have a Social Security number. I have highlighted in a series of posts how legal immigration will significantly increase, mainly via a green card giveaway to Big Tech.

But the keystone of the immigration provisions in “Build Back Better” has been the attempt to amnesty millions of illegal aliens. Originally, Democrats sought what you might call "amnesty premium" in the form of lawful permanent resident (LPR) status and a path to U.S. citizenship. Andrew Arthur found that a number of criminal aliens would obtain green cards this way based on various waivers contained in the bill. The Senate parliamentarian blocked that provision, finding that amnesty is “a policy change that substantially outweighs the budgetary impact of that change”, and, therefore, could not be included in a reconciliation bill.

Undeterred, Democrats pivoted to a “parole” amnesty lite for all aliens who entered the United States, legally or unlawfully, before January 1, 2011. Parole is supposed to be a narrow authority under section 212(d)(5) of the Immigration and Nationality Act (INA) that allows the Department of Homeland Security (DHS) secretary to temporarily allow an alien into the country “only on a case-by-case basis for urgent humanitarian reasons or significant public benefit”. As Andrew Arthur previously explained, this proposal would grant these paroled aliens work authorization, Social Security numbers, and permission to travel abroad, and even exempt them from the REAL ID Act requirements for driver’s licenses. The parole would be valid for five years, renewable for another five-year period.

Because this is not amnesty premium, Mark Krikorian observed that the new talking point became "let's say it's not an amnesty", borrowing from an old National Review cover. “How do we know it’s an amnesty? Because House Democrats are insisting it’s not an amnesty,” Krikorian explained.

Now, even the Congressional Budget Office (CBO) has confirmed that it is indeed an amnesty. Before the vote was held, some vulnerable House Democrats insisted that the CBO “score” the bill, meaning estimate how much the bill will cost American taxpayers over a 10-year period. The White House bizarrely claimed for weeks that the bill “costs nothing”, but the CBO found that it will increase the budget deficit by $115.1 billion between 2022 and 2031 and an addition $369 billion deficit between 2032 and 2041.

Regarding the immigration provisions, the CBO estimates that 6.5 million aliens would receive parole ("amnesty lite", if you will), making them eligible for various tax credits and welfare. Within this population, the CBO projects that 3 million aliens will obtain LPR status (amnesty premium) and a path to U.S. citizenship by virtue of first obtaining parole. These aliens are able to accomplish this because under section 245(a) of the INA, an “alien who was inspected and admitted or paroled into the United States” is eligible to adjust status to LPR if he qualifies under one of the existing legal immigration categories.

Essentially, the grant of parole to aliens already in the country launders an illegal alien’s unlawful presence which normally serves as a bar to obtaining a green card. The CBO specifies that these paroled aliens would obtain LPR as an “immediate relative” of a U.S. citizen, meaning the parent, spouse, or unmarried child (under age 21). David North also picked up on the CBO estimating that this “non-amnesty amnesty” will cost American taxpayers $111 billion.

The bill is now pending with the Senate. While moderate Democratic senators Manchin and Sinema have raised objections to certain provisions, neither has specifically identified the immigration provisions as problematic. The largest amnesty ever passed combined with substantial increases in permanent legal immigration may depend on another ruling from the Senate parliamentarian, this time on whether the parole provision is allowed in a budget reconciliation bill.