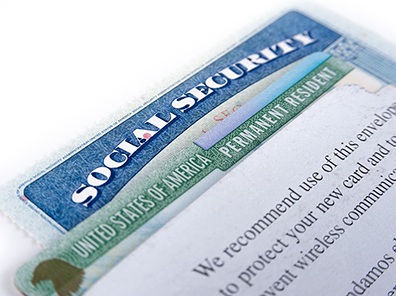 Lacking 60 votes to overcome the legislative filibuster, Democrats are nonetheless attempting to enact major immigration changes by using a process known as "reconciliation", which only requires a simple majority to pass but is supposed to be reserved for items related to the federal budget. Andrew Arthur analyzed the original amnesty provision and warned that a significant number of criminal illegal aliens would be put on a path to citizenship along with the supposedly “otherwise law-abiding” illegal aliens. The Senate parliamentarian, essentially the upper chamber’s referee on what can appropriately be included in reconciliation bills, nixed that version of amnesty (often called Plan A) as well as a rather unconvincing proposal to change the registry date in the immigration laws that was used to determine eligibility for the 1986 amnesty (Plan B). Reportedly, Plan C is a mass “parole-in-place” option once pitched by presidential candidate Kamala Harris, but that has not yet been formally submitted to the parliamentarian.

Most of the media attention has focused on the amnesty, and the progressive left’s efforts to intimidate the parliamentarian or have Senate Democrats override her rulings, but the so-called “Build Back Better” bill also has provisions that would significantly increase legal immigration.

Entirely separate from the controversial provisions in the House bill providing legal status to illegal immigrants, the bill includes several provisions that effectively terminate, for at least 10 years, all numerical limits on the annual allotment of green cards. Of particular concern is the elimination of statutory caps on the entry of foreign workers employed by many of America’s largest and most powerful companies.

As I have written about in a series of posts, Hagerty’s analysis (and concern) are spot on. The bill attempts to hide its impact by structuring these revisions in opaque legislative language that makes them appear to be minimal tweaks around the margins of our immigration laws. In fact, they reflect a massive overhaul, and legal immigration (including future chain migration) will explode under the reconciliation bill. The first way it increases legal immigration is through an immigration accounting scam that claims there are unused visas from past years that can be resuscitated for future use. This position ignores current law, which clearly dictates how immigrant visas are used in a given year if certain levels for either family-based or employment-based green cards are not met in the previous fiscal year. Congress, of course, can amend the law to change the worldwide level, but it should be transparent about it by specifying a number instead of hiding its true intent through a gimmick. This provision alone will add hundreds of thousands of new immigrants permanently to the labor market.

However, the real legal immigration bonanza occurs through a different provision that effectively would allow an unlimited number of aliens already in the country to adjust their status to lawful permanent resident, fully exempt from the annual limits and per-country caps. In exchange for just a $5,000 fee paid by a sponsoring employer, an alien with at least a two-year wait for his or her green card to be available under the general immigration law framework can jump the line and immediately become an LPR. The obvious beneficiaries of this carve-out are H-1B employers, namely Big Tech, who have exploited several loopholes in the law that allow these “temporary” foreign workers to essentially remain here permanently. At a minimum, approximately 583,420 H-1Bs (and their derivatives) could immediately take advantage of the green card line-jump. Less obvious is that this provision would also allow employers to directly petition for employment-based green cards for foreign students, sustaining a permanent supply of cheap foreign labor and obviating any effort to recruit Americans or improve wages and working conditions.

In his letter, Hagerty quotes one of the many compelling statements Sanders gave in 2007 in opposition to the mass amnesty bill supported by then-President George W. Bush, saying “I think at a time when the middle class is shrinking, the last thing we need is to bring, over a period of years, millions of people into this country who are prepared to lower wages for American workers.” Hagerty expresses his “shock” that Sanders is now backing a bill that would do precisely what he once so vigorously opposed.