Where Are Del Rio's Haitians Going? 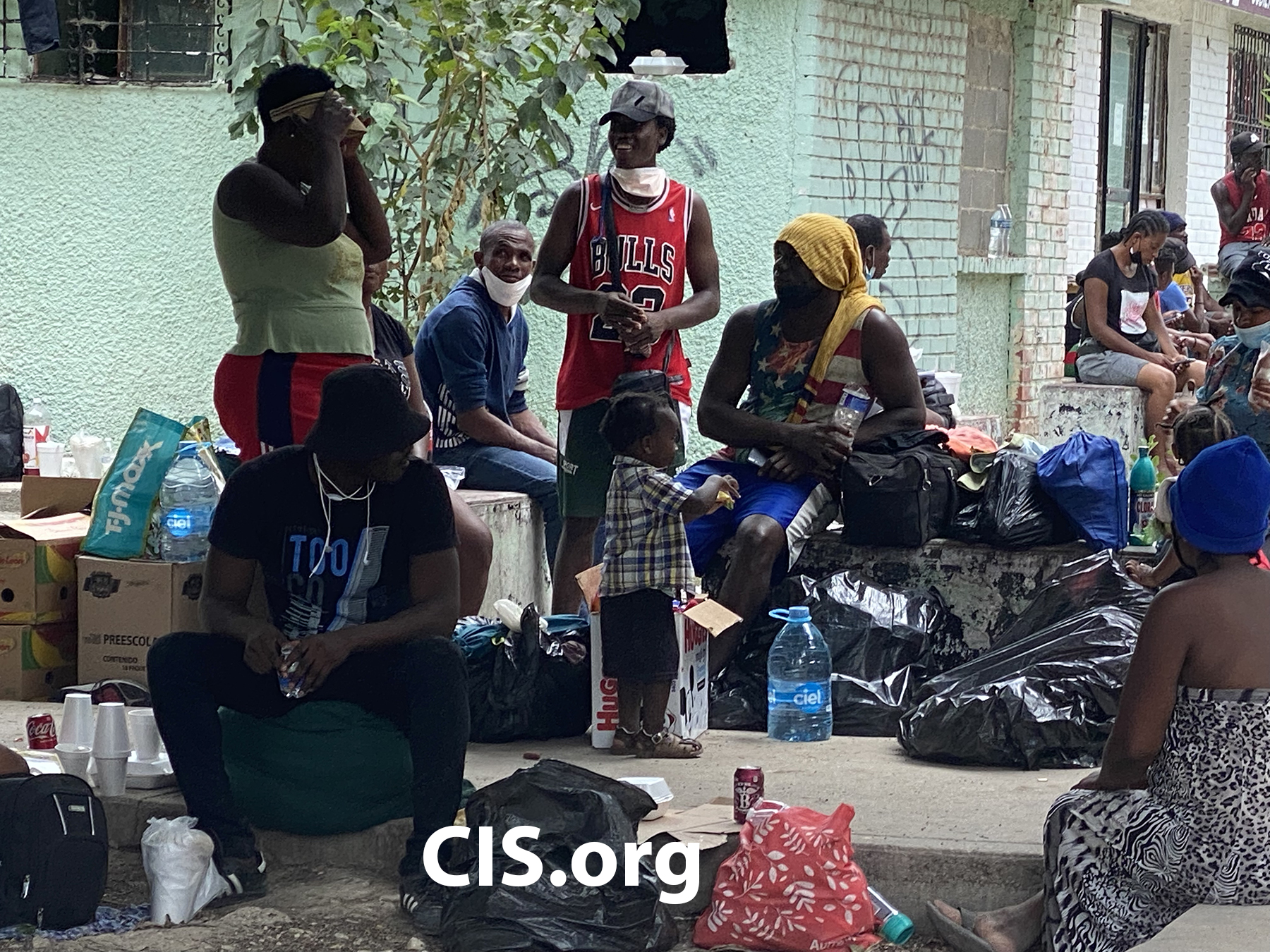 As of 6 a.m. today (Wednesday), the numbers at the illegal alien encampment in Del Rio had gone from 14,000 to 6,722. Where have these illegal aliens, mostly Haitians, gone?

Todd Bensman, the Center’s senior national security fellow, reports that some migrants are fleeing the encampment and heading to Ciudad Acuna on the Mexican side of the river, some are being flown to different areas in the interior of the United States, and a certain number are being deported to Haiti.

Speaking from a migrant trail that heads to the river from Ciudad Acuna, Bensman describes the situation in Braulio Park, a large public park near the international bridge on the Mexican side, where hundreds of the illegal aliens in Del Rio have moved — the number there is possibly as high as 2,000. The migrants, including families, have set up tents in this new encampment.

According to the migrants interviewed by Bensman, they retreated southward from Texas out of fear of deportation to Haiti. They have been getting messages for three days from Haitians who have been deported; those deported include men, women, and children. Their friends who have been deported are saying to stay away from the American buses they are being asked to board. They are claiming that they were led to believe that the buses were taking them into the U.S., but instead they were taken to the airport and flown to Port-au-Prince, Haiti. 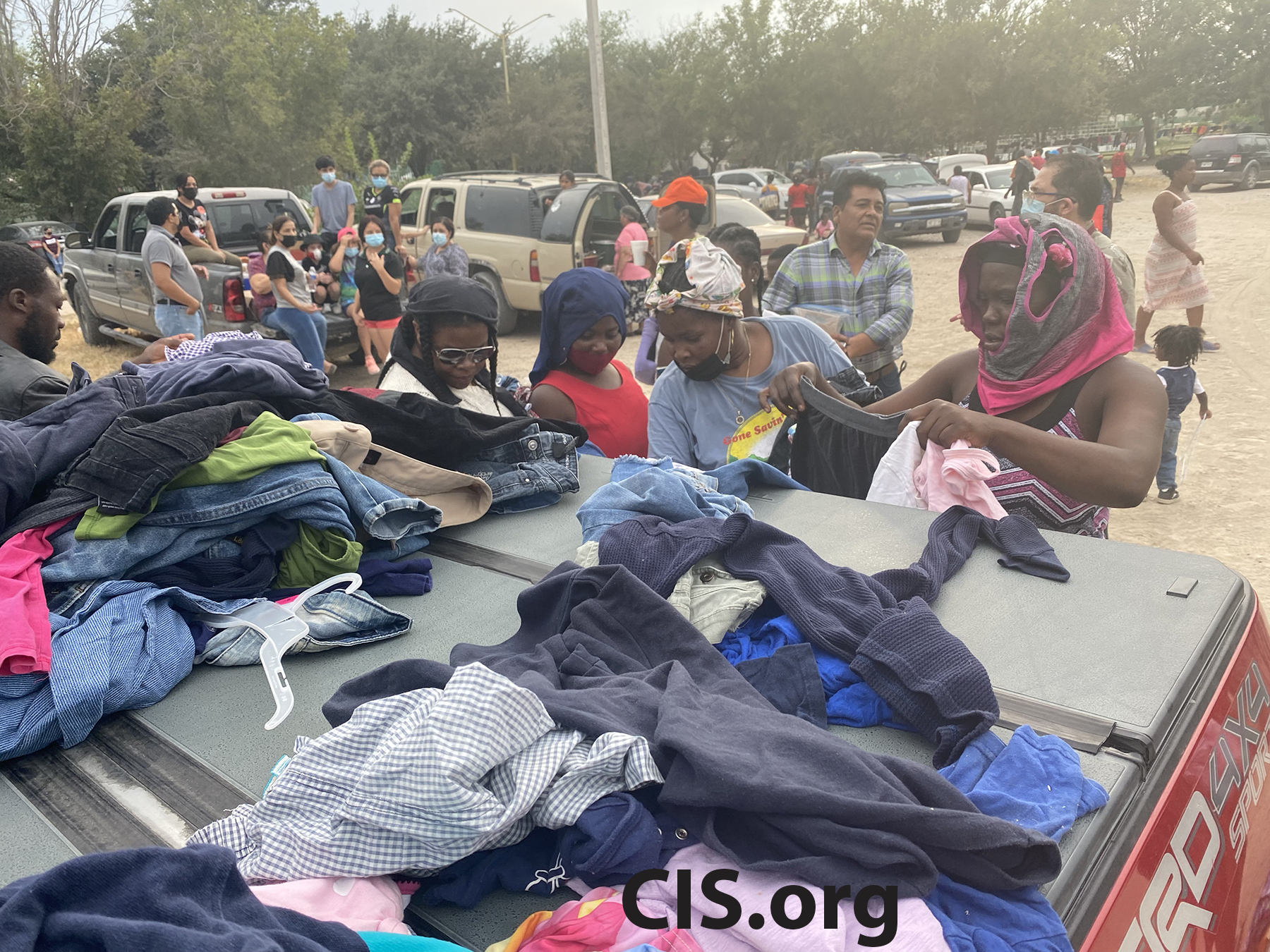 This comports with the September 20 CIS report that revealed that Haitians were leaving Del Rio and heading to the Acuna bus station to buy tickets to head back south to Tapachula, a city in Chiapas, Mexico, along the Guatemala border, where thousands of these illegal aliens resided prior to heading to the U.S.

The Haitians also told Bensman that they intend to stay in Mexico until the current crisis blows over and the threat of deportation passes, then try to enter the U.S. again at a different location.

Bensman said: “Illegal aliens leaving Del Rio out of fear of deportation to Haiti demonstrates the power of deportations. But I fear they are only being used at the one spot along a very long border. Deportations should be utilized as an enforcement mechanism all along the border and for all nationalities. This would end the whole illegal immigration crisis, especially if combined with action by the Mexican government, as we are seeing now. But there is no messaging from the Biden administration that this is more than temporary.”

What is Mexico doing to help break up the encampment?

Bensman reports that Mexico's immigration service (the INM) and the Mexican national guard have started unusual operations in Acuna. Officials are going systematically from hotel to hotel rousing migrants in their rooms, filling buses, and taking them to the Acuna airport each morning and flying them to Veracruz, located in southeastern Mexico.

Bensman was told by a member of the Mexican military that the plan is to hit every hotel in Acuna every day. He watched this play out last night as he followed the Mexican national guard as they went to the hotels. Bensman watched in horror as a Cameroon national jumped from a 20-foot balcony to escape the authorities, breaking his leg in the process.

Yesterday there was also a takeover of a bus in the U.S. by a group of Haitians. Bensman commented, “I believe, based on my interviews, that the Haitians attempted to escape the bus they were placed on by American authorities out of fear they would be taken to the airport and placed on a repatriation flight to Haiti. They have been receiving warnings via phone and text from migrants in Haiti who thought they were being taken to be released inside the U.S., but in reality were being deported. The messages said, 'Don’t get on the buses!!!! They’re going to deport you!!!’”

Meanwhile, Fox News and the Associated Press, along with other media outlets, are reporting that Haitians are being paroled into the U.S. An article by the AP reports that they are being freed on a “very, very large scale”. This was the norm by the Biden administration prior to the development of the Del Rio encampment.

CIS is unaware of the destinations of the illegal aliens who have left Del Rio. How many have been deported? How many have been paroled into the U.S.? How many have returned to southern Mexico? Media access has been cut off as of yesterday — authorities have sharply restricted access to the encampment and federal officials are not taking questions at this time.