Buying bus tickets back to Tapachula in the south 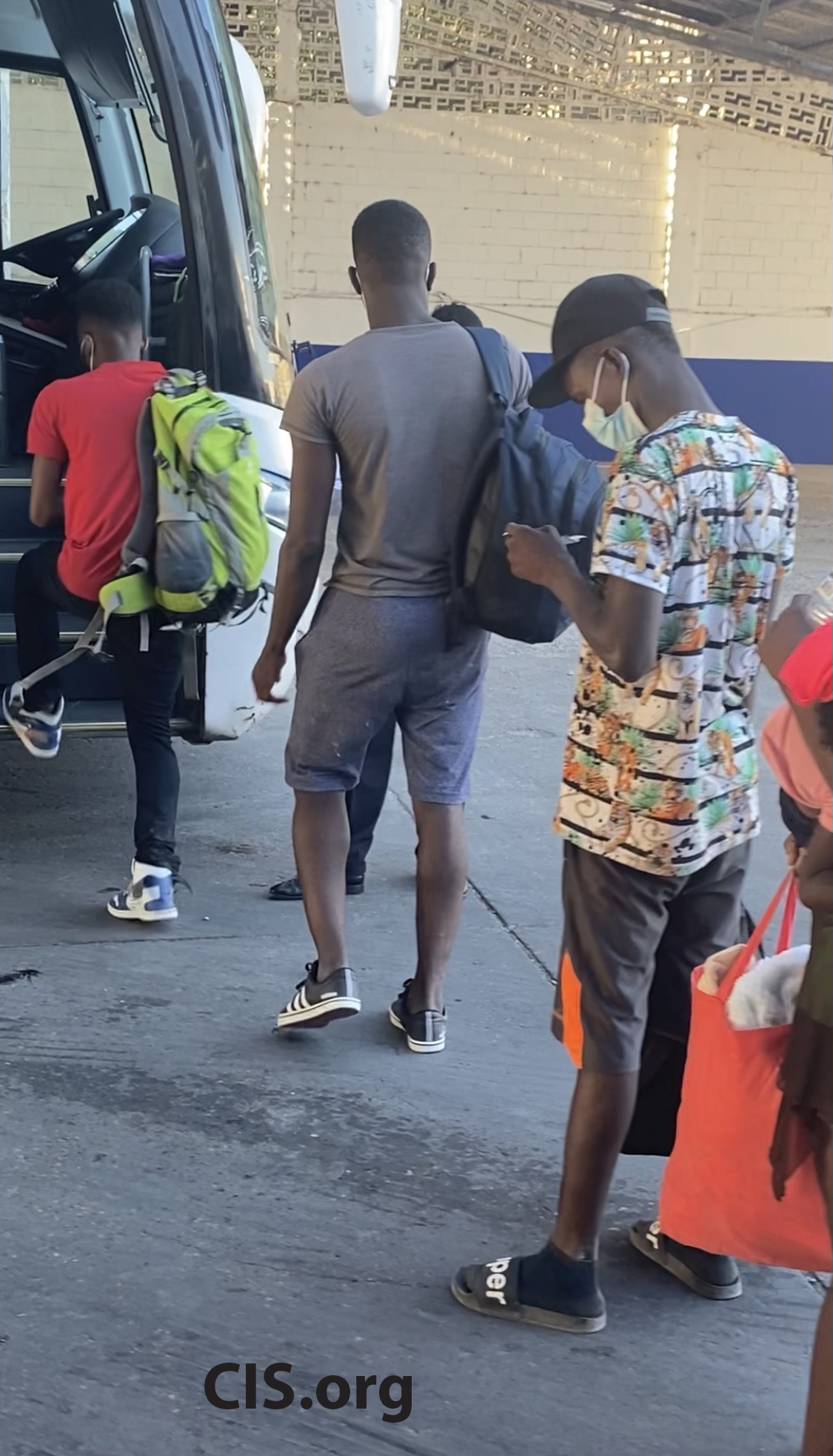 CIUDAD ACUNA, Mexico — An uncharacteristic policy choice by President Joe Biden’s administration to begin deporting Haitian migrants from the Del Rio, Texas, camp to Port-au-Prince, Haiti, struck immigrants here with such force that dozens are boarding buses and returning the way they came, angered or saddened and unwilling even to risk any alternative attempt to cross elsewhere.

Late Sunday, this writer found and interviewed dozens of Haitians in the Ciudad Acuna bus station buying south-bound tickets to get as far away from Texas as possible — a stark reversal from just days earlier when cavalcades of buses arriving from southern Mexico were disgorging Haitians headed to the Del Rio encampment. Over the weekend, the Department of Homeland Security removed 3,300 of the Haitians from the camp and flew 327 to Port-au-Prince, Haiti’s capital. DHS announced that daily flights will continue.

What the Center for Immigration Studies found in Acuna’s main bus station stands as testament to the power of home-country repatriation flights as a potent policy that can quickly and decisively attenuate illegal immigration. Former President Donald Trump often used ICE passenger jets to repatriate immigrants to distant home countries as an enforcement complement to his other policies, while President Biden has eschewed them as cruel and discontinued them.

A Haitian outside the bus station who identified himself as Stanley is a case in point, underscoring how a policy choice in distant Washington, D.C., plays on individual decision-making. Stanley had just swum the Rio Grande — south — to get out of the camp and to buy a bus ticket to Tapachula, in Mexico’s southernmost province along the Guatemala border from which he and thousands of others departed a week or so earlier.

Why is he going back to Tapachula?

“Because Biden said all Haitians coming will be returned to their country,” he responded, angrily. “We spent much money to come here. Much, much, much money. And we get nothing now. This is very sad for me.”

The plan, he and others at the bus station said, was to get Mexican papers in Tapachula and wait out Biden’s interest in repatriation flights, then try crossing again when that program ends.

Much about this potent new policy choice remains unknown, including how long the flights will continue, and especially if the repatriations will be applied to the tens of thousands of Haitians who have been illegally entering elsewhere in Texas for eight months and been rewarded with quick resettlement across America. Other nationalities also are to be sent by air to home countries, although most of those at the Del Rio camp appear to be Haitians. For many months, the administration has allowed family units and unaccompanied minors to be paroled quickly into the United States for humanitarian reasons. But this policy has acted as an accelerant for the mass migration crisis as those behind see those in front secure rewards for illegal entry and — significantly — Biden administration policies that effectively ended all deportation operations inside the United States, including air repatriations to Guatemala that were ongoing during the Trump years. In 2019, for instance, the Trump administration deported 50,000 Guatemalan immigrants in a bid to increase the risk to others that their smuggling fees and effort would not pay off. 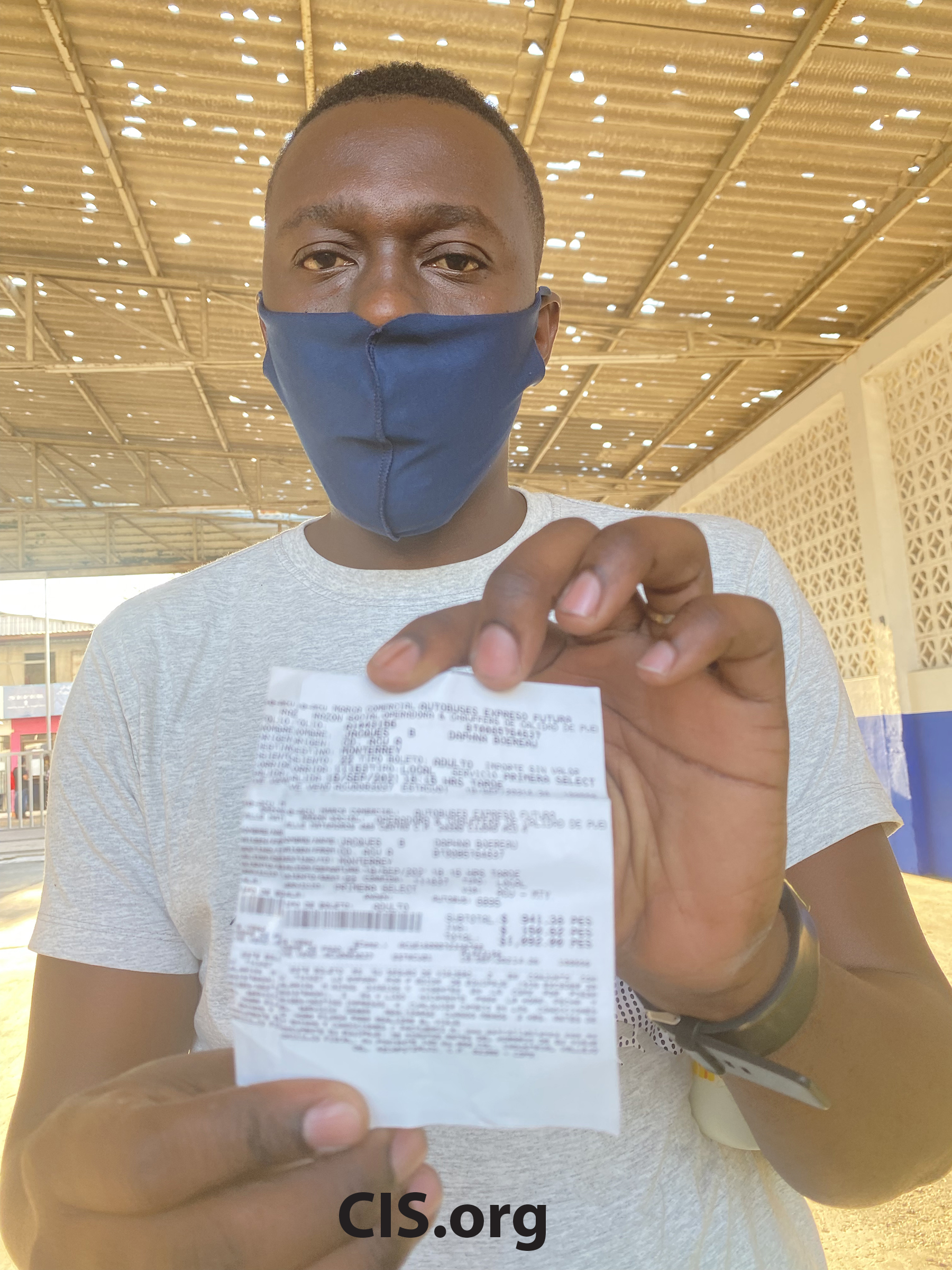 Haitian from camp in Acuna showing his bus ticket south, away from the border. Photo by Todd Bensman.

As for the Biden administration’s use of repatriation by air, it’s impossible to determine how big the southward exodus of the migrants is to get away from it. As of Monday, some 10,000 mostly Haitians remained in the camp, and a food supply line of people coming and going from Mexico to feed the camp continued in a robust way Sunday night. Several of the Haitians in this supply chain said they did not fear repatriation to Haiti and did not believe it was happening on a large enough scale to threaten them.

“With God’s help, we will soon live in America,” one of several Haitians buying food from a street vendor to take back to his family said.

Another Haitian carrying food back to the bustling river crossing asked, rhetorically, “Why are they doing that to us? What did we do so wrong?”

But clearly the mere possibility of a repatriation to Haiti held powerful sway over others. A clerk at the bus station told CIS that four buses had departed from Acuna to Mexico City (a transit hub for Tapachula) in the several hours prior to CIS’s arrival and that he had pre-sold enough tickets for Monday to fill other buses. Haitians who were buying some of these tickets said they would travel to Monterrey, Mexico City, or Tapachula, where they would seek Mexican residency and work authorization papers and wait for a better day to try the American border.

One Haitian said he was going back to Haiti because, while he was in Acuna picking up food for his wife and child, Texas DPS and the Mexicans closed the route and stranded him.

A day later, he said, his wife and child were in Haiti, repatriated by ICE in his brief absence. How did he learn that?

“They called me on the cell phone. “I’m not taking this well.”

He said he had bought bus tickets to Tapachula, where he will figure out how to get his wife and child back to him there or that he will go join them in Haiti.

One indication that the repatriation flights are tamping down new migration to at least the Del Rio camp (it’s unclear whether Haitians illegally entering everywhere else will be targeted) is that illegal immigration advocates are furious, perhaps in part because they know that the policy works extremely well at attenuating illegal migration. 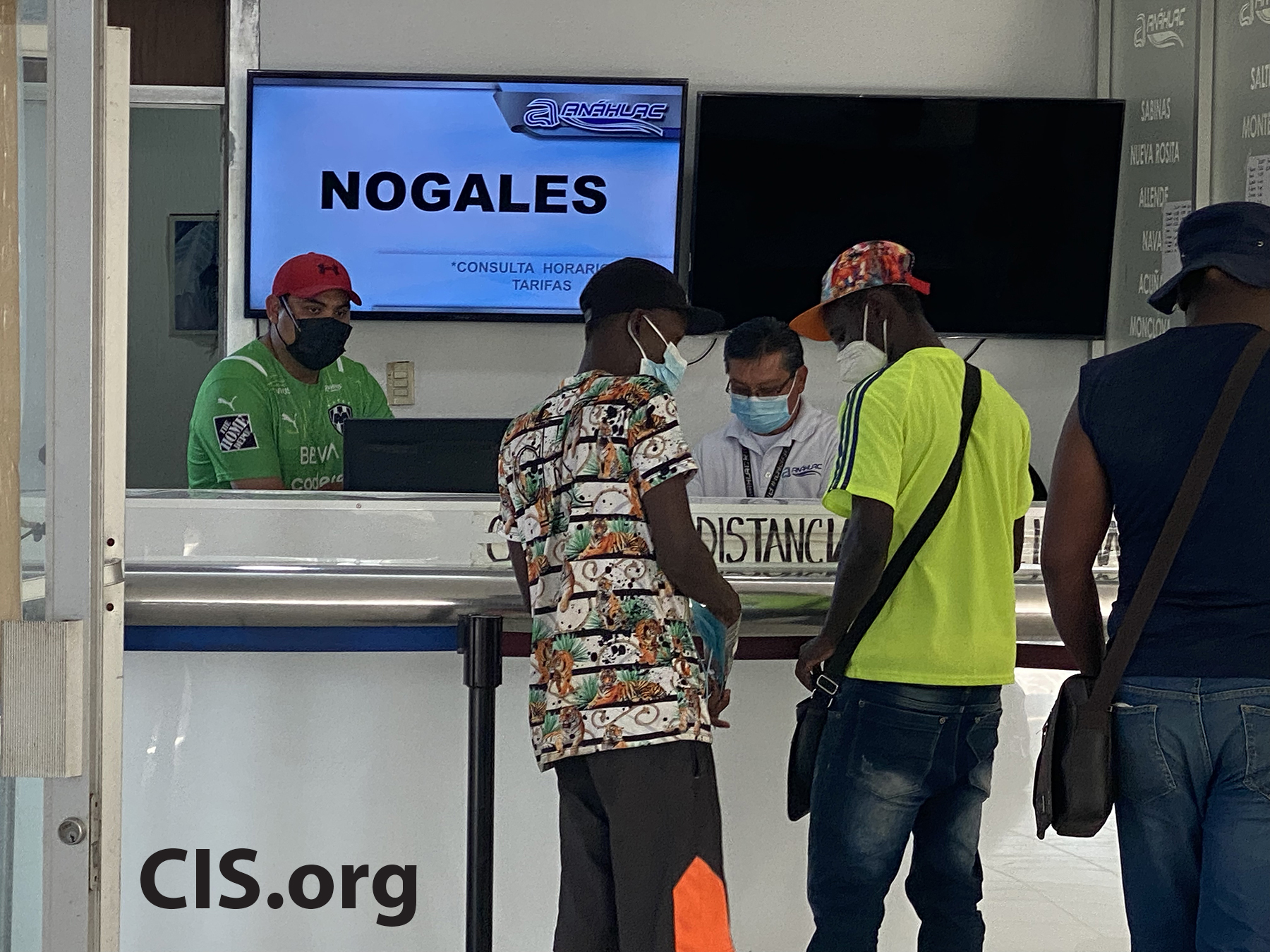 “That ICE would continue to carry out the mass deportations of our Haitian neighbors — with Haiti in the midst of its worst political, public health, and economic crises yet —is cruel and callous," Rep. Ayanna Pressley (D-Mass.), was quoted in The Hill.

But even Rep. Pressley and others who have expressed such distress over the probability that migrants will stop crossing the border out of fear of being returned are likely underestimating just how acute that fear is with almost all of the Haitians now illegally entering the United States.

As CIS has extensively reported, the vast majority of these Haitians are not coming directly from Haiti; they have been living comfortable lives of relative prosperity and security — for three to six years — in Chile and Brazil and only decided to come now because Trump’s tougher policies had been replaced by Biden’s lenient policies.

Indeed, in more than two years of interviewing Haitians from Panama to Texas, CIS has never met one who had not lived in Chile or Brazil. In line with this trend, every Haitian that CIS has interviewed at the Del Rio encampment and in Acuna also said they had lived in Chile and Brazil. All spoke either Spanish or Portuguese fluently from having lived and worked in those countries for many years.

Dozens have told CIS that, while life was far better in those countries than in Haiti, their goal in coming to the United States now was to achieve a nice lifestyle upgrade, rather than a desperate flight from an earthquake or political violence.

As one Haitian who had worked for years as a baker and Uber Eats driver in Santiago told CIS in northern Costa Rica in July, on his way to the U.S. border, life in Chile was “a thousand times better” than in Haiti. But when asked why he was going to the United States when life was so much better in Chile, he responded, chuckling, “because life in the United States will be a million times better.”

So to these people, the very notion that their U.S. border gambit might land them back in Haiti, rather than the far more tolerable Chile or Brazil, is utterly intolerable. Most spent money to have themselves smuggled over a very difficult route through the Darien jungle, and all of the bus station Haitians ruled out a return to Chile that way, or a return at all.

Most said they would even far prefer to live in Mexico for a while longer than to live in Haiti, and so they are going there to wait this out and lick their wounds.

In Washington, for policy-makers and leaders, the major takeaway from what these Haitians had to say in an Acuna, Mexico, bus station is that air deportations to home countries are a very effective tool to slow illegal immigration.