Why it and the next ones matter to U.S. border security

Update 12/11/2020: Since this blog was posted Thursday morning, Honduras and Guatemala reportedly have taken steps to break up most of this caravan on grounds that it sought to violate pandemic-related border closures. 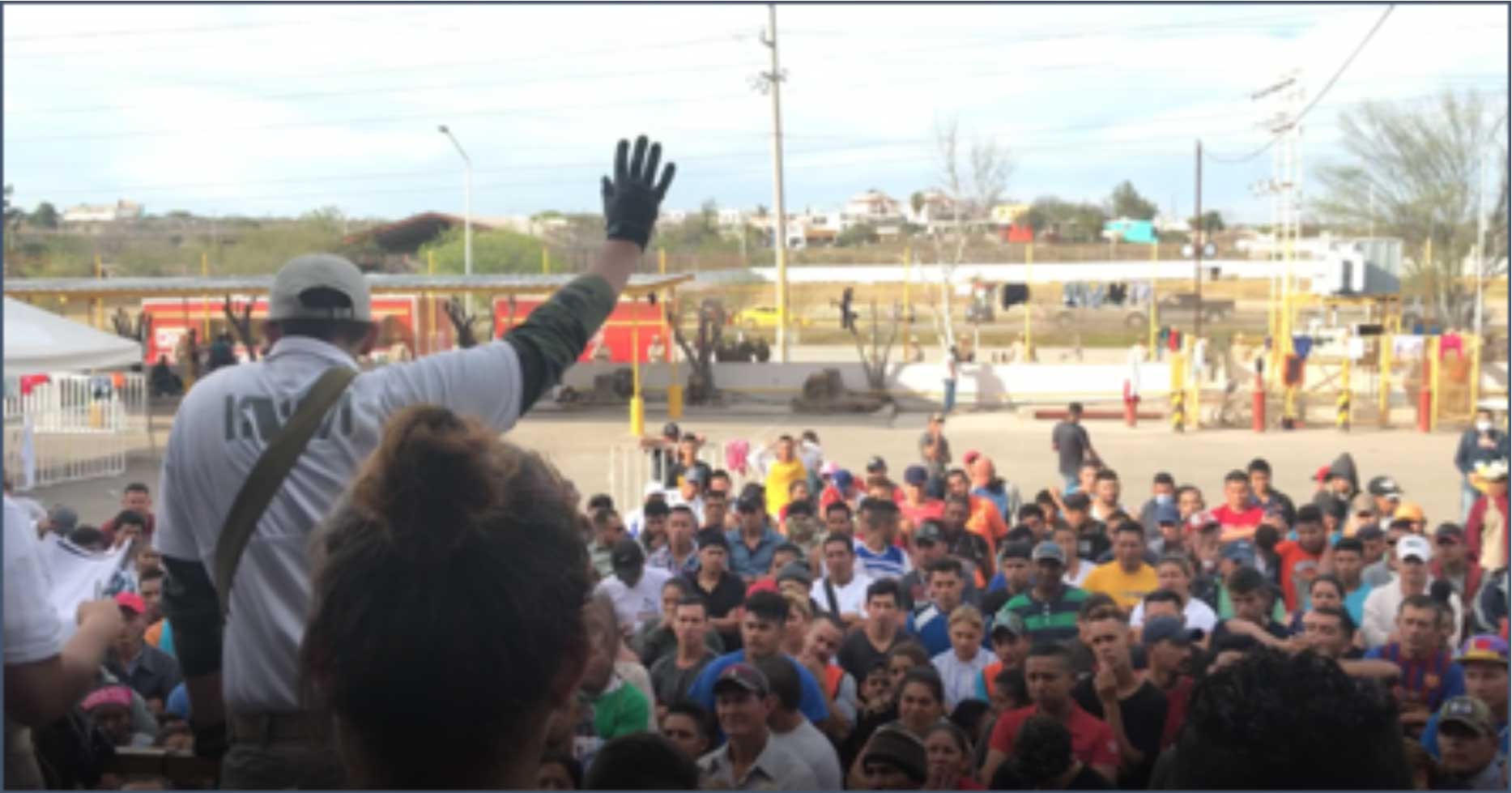 The latest "migrant caravan" in Honduras has set off for the American border, facing coronavirus border closures and Trump-era obstacles that dashed apart at least five earlier ones, the most recent in September.

But this caravan — and especially any that follow — warrants close observation since it is a potential harbinger of whether a new caravan crisis develops on the southern border after the White House transitions to Joe Biden next month. The new caravan formed after even the Washington Post added its voice to Center for Immigration Studies predictions that, with the coming Biden administration's promised undoing of Trump's deterrence-based illegal immigration policies, "the elements of a new crisis are gathering."

Since the first ones delivered thousands of migrants over the California and Texas borders in late 2018 and early 2019, caravans have offered an appealing alternative to expensive and dangerous human smuggling. Another reason for their attractiveness is that they easily overwhelm American border control and, as CIS reported in February 2019 on a different caravan in the northern Mexico community of Piedras Negras, just about all participants in them could get inside the United States.

Until Mexico deployed 6,000 Mexican national guard troops on its southern border a few months later, that is.

What to Look for as the Latest Caravan Pushes North

A key issue is whether Mexico's national guard deployment throughout its southern states that border Guatemala will hold in the last days of President Trump's administration, or remain in place after Biden takes office next month. 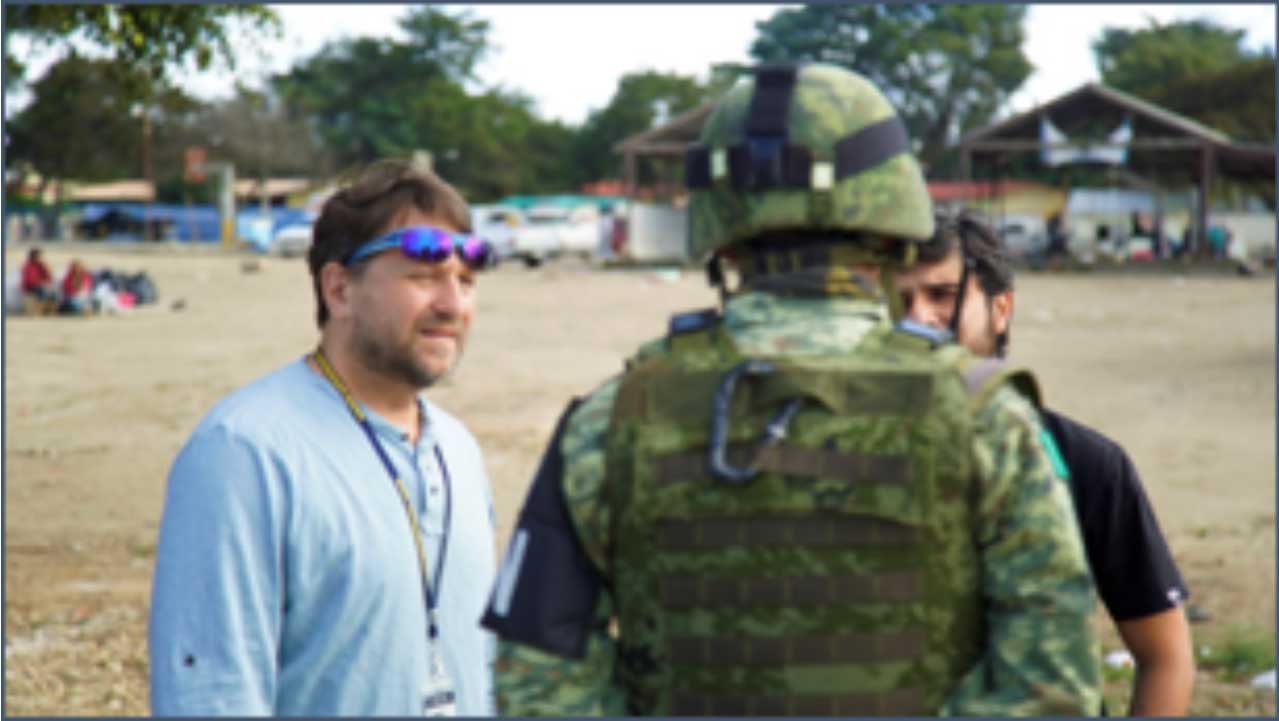 As CIS reported during a January 2020 visit with those Mexican troops, they are deployed with Mexican immigration officers at more than 50 highway checkpoints throughout the southern states of Chiapas and Vera Cruz, where they catch and deport illegally transiting migrants. Smugglers known as "polleros" can and do get high-paying migrants around the roadblocks, but the guard has broken up several large caravans, sometimes violently, and bussed most of the participants back to their home countries. In January, CIS was with one such caravan on the Guatemala side that couldn't get past the Mexican national guard the next morning and almost all participants were returned on buses.

But that deployment had its genesis entirely in a threat by President Trump to apply devastating economic trade tariffs on all Mexican products. The question now becomes whether the Mexican military retains that same resolve as new caravans like this one test it. Even more key is the question of whether a President Joe Biden can and will persuade Mexico City to keep them in place for reasons other than avoiding Trump's trade tariff sanctions.

Maintaining a threat like the one Trump issued against Mexico City does not seem like Biden's style, and the Biden camp has not signaled its position about the troop deployment.

A knowledgeable U.S. law enforcement source in Mexico told CIS this month that Mexico intends to keep the guard deployed at the Guatemala border for at least several months after Biden takes office to avoid the appearance that the deployment was a reaction to Trump's threat.

Should Mexican resolve fail at its southern border with any caravan, America's southern neighbor likely would revert to its traditional role as a free-flowing migrant superhighway to the American border.

In September, when the last migrant caravan began pushing north from Honduras, the Mexican national guard formed another long riot line on its side of the Rio Suchiate and brought up the buses again.

But they turned out to be unnecessary. Honduras, El Salvador, and Guatemala have all closed their borders to help contain the coronavirus pandemic. While the September caravan smashed violently through Honduran police, it didn't get far.

The Guatemalan police broke up the caravan, put all the migrants on buses, and shipped them back to Honduras, probably knowing what the Trump White House expected. Had the Guatemalans somehow failed at their resolve to do this, as they have in the past, the Mexican national guard was a backstop.

At issue again, now that Trump has lost the election and a kinder, gentler Biden administration is preparing to take office, is whether Guatemala will show similar resolve with this new caravan. Or perhaps the one right after this one, when Trump has left office.

A major takeaway from the observable recent past about the caravan movement is that its organizers and participants have shown consistent resolve and determination over time. They keep forming and coming even after forceful breakups and removals. They remember well how cost-efficient and effective the system initially was in delivering migrants into the United States.

What those interested in security on the southern border and the consequences of restored caravan success should watch is the extent to which the Mexicans and Guatemalans match that resolve in the coming months.