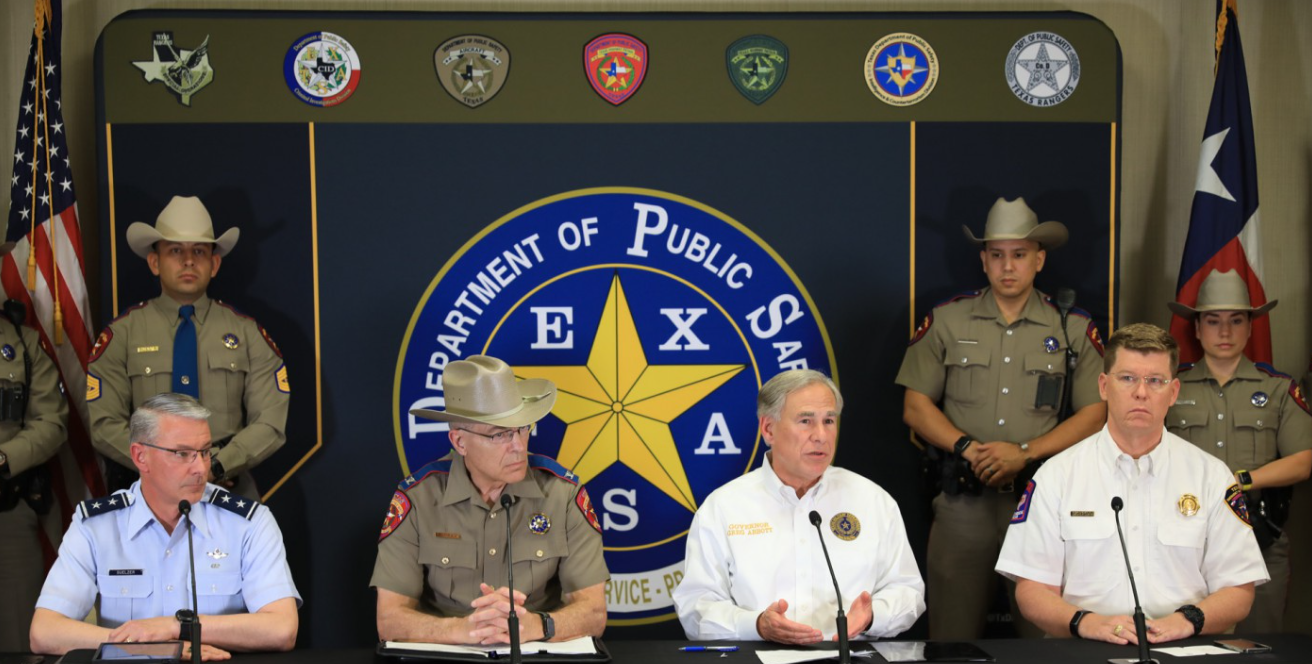 But now those thousands of federal permit holders have collided with an unusual and wide-ranging Coahuila State police roadblock operation that is systematically halting buses carrying the migrants all over that state, detaining and deporting some, and thwarting federal government will.

Few, if any, of those thousands are finding their way over the Rio Grande into the Border Patrol’s Del Rio Sector. Mexican state police are blocking northbound commercial buses at the bus station in the Coahuila state capital of Saltillo, and at many other stations, and emptying migrants from trucks and vans at checkpoints on all roads leading into that state’s border cities of Piedras Negras, across from Eagle Pass, and Acuna, across from Del Rio, according to Mexican press reporting.

The migrants who thought they were a day or two away from crossing into Texas, where the Biden administration will admit most of them, are reported to be infuriated. In many cases, the state authorities are “deporting” the immigrants they catch, although it was unclear to where. The operations have sparked civil disobedience disturbances in Saltillo, protests elsewhere, and closure Tuesday of the international bridge between Eagle Pass and Piedras Negras when 100 of the caravan migrants tried to hop a train over and battled Mexican authorities who stopped them.

The reason all this is happening will surprise many.

“Operation Mirror”, under which this new activity is happening, came after Texas Governor Greg Abbott reminded his Mexican counterpart, Coahuila Governor Miguel Angel Solis, of his security obligations in a bilateral agreement the two signed in April after Abbott ordered truck safety inspections that almost shut down U.S.-Mexico trade on five international bridges.

This is according to a senior state government official with direct knowledge of the operations, who confirmed to the Center for Immigration Studies that Abbott insisted on Coahuila state action to stop the caravan. As part of that agreement and those with three other Mexican state governors, Abbott has very recently made clear he would restore the hated truck safety inspections if they didn’t work in good faith to stop the former caravan’s participants from crossing, the official said.

“DPS is currently working directly with our counterparts in the four states and the importance of this has been reinforced in subsequent discussions the governor has had with his counterparts about the caravan,” said the state official, who was not authorized to speak on the record. “You can credit all of it to Abbott, as this was the agreement in exchange for stopping the bridge inspections.”

Truck Safety Inspections. This all began April 6, when the Texas governor held a press conference at which he announced that his Department of Public Safety would begin truck safety inspections at some of the nation’s busiest international bridges for trade, which happen to connect Texas to Mexican states. The inspections began within hours, causing miles of truck backups into Mexico.

Abbott’s bridges campaign was pilloried for hurting trade and business and called a meaningless political stunt that would have no real impact on migrant flows. On April 13, President Biden’s press secretary Jen Psaki, in calling on Abbott to lift the slowdown, noted that it had caused five-hour crossing delays and commercial traffic from Mexico to drop by 60 percent.

But the Mexican governors of all four states abutting Texas, whose economies substantially depend on the bridges, quickly came to the table and signed agreements with Abbott that they would, in exchange for his lifting the inspections, work doubly hard to slow migrant flows into Texas. Critics framed the agreements as a way for Abbott to make a graceful exit from his controversial bridge slowdown campaign.

But as Operation Mirror is showing right now in Coahuila and probably in other Mexican states, too, Abbott did not exit and the agreements were not forgotten.

It’s unclear what Abbott leveraged those governors to do since April to slow migration flows into Texas; illegal immigration into Texas most definitely continued, including through the Del Rio Sector. Of course, no one can really know if the flows might have been worse without the Texas agreements.

But the past few weeks foretold that the agreements would be tested in a very public way.

A Caravan Forms. In recent weeks, a vast caravan formed in deep southern Mexico comprised of some 15,000 mostly Venezuelans, Cubans, Somalis and other extra-continental migrants. Mexico had been holding back the restive migrants pending a long application process for legal papers that would let them eventually travel freely out of the southern province of Chiapas, meaning directly to the U.S. border. The caravan leaders refused to wait and planned a breakout without the documents.

To alleviate the tense standoff, Mexico’s central government gave in to the migrants’ demands and began handing out thousands of temporary humanitarian visas that ostensibly allowed their bearers to travel throughout Mexico. By all accounts, all 15,000 were heading to Texas, triggering concern in the governor’s mansion here in Austin.

The Texas state official told CIS that, on news that the thousands were heading to Del Rio and elsewhere in Texas, Abbott’s office began reaching out to the governors to remind them of their agreements and of his willingness to slow trade again, the official said, “if it becomes clear they are allowing it to occur and are doing nothing to stop it”.

Now, an unusual juxtaposition is unfolding in which state police in at least Coahuila will not recognize federal humanitarian visas. The state set up road blocks on all highways into Piedras Negras, at the bus station there, and at the airport, according Mexican media reporting.

The newspaper El Siglo de Torreon reported that the Coahuila government believes the federal visas allow their holders to travel anywhere in Mexico except the northern border. Many of the Venezuelan migrants are complaining that Coahuila police refuse to recognize their federal papers. Mexico’s federal immigration service is starting to come on board with that interpretation, warning trucking companies all over Mexico not to sell tickets to the migrants.

Meanwhile, trouble is afoot that may spill over into Texas. Early Wednesday morning, American authorities had to close the bridge a second time when 25 migrants detained in Mexico — men, women, and children — broke down the door of a federal facility in Piedras Negras and stormed over the international bridge, some of them barefoot. They got across, but the Americans were preparing to return them.