Will the Mexican government or Biden respond to an American state’s move to slow international trade? 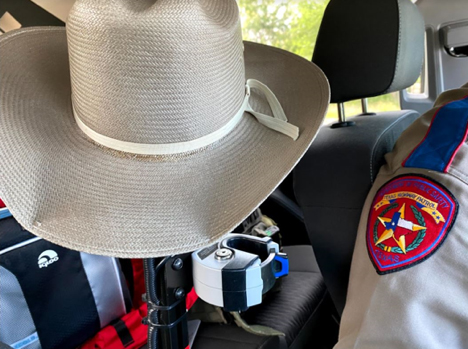 AUSTIN, Texas — In his frustration with White House policies that have unleashed an historic Noah’s Flood of mass migration through Texas, Republican Governor Greg Abbott has responded with innovative state enforcement strategies, real money (nearly $4 billion), and maybe a few dashes of political theater to gratify his base.

The governor, who is seeking reelection in November, followed this script at his April 6 news conference here in Austin with the colorful idea that Texas bus migrants to Washington, D.C. This one drew the lion’s share of media attention and, from his Democratic opponent Beto O’Rourke, a cat-call of “stunt!”

But Abbott’s directive that the Texas Department of Public Safety (DPS) conduct “enhanced safety inspections” of commercial vehicles coming off the international bridges from Mexico is the more interesting idea and qualifies as a potentially serious innovation with real impact. The governor could not — and did not — say its intent was to disrupt international trade from Mexico, which could spark federal lawsuits for injunctions (and might anyway).

But Abbott did very pointedly note that having his state police agency inspect vehicles coming off the international bridges would “dramatically slow” traffic from the nation’s largest trading partner “to help ensure that Texans are not endangered by unsafe vehicles and their unsafe drivers”.

Having Texas DPS inspect more commercial vehicles at strategic locations, which seems to line up with the state police agency’s Commercial Vehicle Enforcement program, should be taken seriously because long truck backups inside Mexico portend an impactful trade disruption that would potentially encourage the government of President Andres Manuel Lopez Obrador, as well as Mexican state governors and city mayors, to slow the mass migration on their side of the border.

If Texas leveraging a trade blockage to force Mexico to act against illegal immigration on its side of the line is Abbott’s plan, recent experience shows this is exactly the kind of thing that has led Lopez Obrador to comply with American demands.

The Mexican president responded to Trump’s threat-backed demand by deploying thousands of National Guard troops on his southern and northern borders, forcibly breaking up migrant caravans and deporting large numbers of Central Americans back to their countries. In January 2020, I reconnoitered the Mexican troop deployments along the Guatemala-Mexico border and concluded that they were largely effective, although some migrants could still get around them.

The trade tariff threat also forced Mexico to accept American expulsions under Trump’s highly effective “Remain in Mexico” asylum-fraud deterrence policy that required migrants to await their adjudications in Mexico instead of being free to disappear forever inside America. When Mexico complied with all demands, Trump dropped his tariff plan, but knew it was always on the table.

Whether or not Abbott ever explicitly says he remembers how economic pain works on Mexico’s national immigration-control policy, recent history proves that it most certainly can and also that Mexico can, when it wants to badly enough, slow mass migration.

And Abbott’s DPS operation can cause economic pain for Mexico — and companies in Texas and the United States, depending on how hermetically his Texas DPS is able to seal off the truck traffic.

How far will trucks back up into Mexico and cause economic pain is the key question. A government source with direct knowledge of these operations told me they were already underway this morning, April 7, at all 28 road ports of entry along the Texas-Mexico border.

Laredo, for instance, is by far the busiest land port in America for truck traffic, with 2.6 million in 2021, according to U.S. Bureau of Transportation statistics, with two other Texas land ports among the top 10 on the Southwest Border adding 1.4 million more.

Boiled down, Abbott’s use of state authority to create leverage on another sovereign nation for a particular outcome amounts to nation-on-nation diplomacy that is recognized as the province of the White House and the U.S. Department of State. Abbott’s proposal here dog-whistles that Texas is going to take this on, which is . . . innovative.

This bears close observation, to see if it works as diplomatic leverage against Mexico’s governors, mayors, and president. But also to see whether the Biden administration might respond if the gambit does work as I’ve described.

UPDATE: The operation seems to be underway. See the live feed from the Reynosa-Pharr truck crossing here.

.⁦@TxDPS⁩ “enhanced safety inspections” Abbott announced this morning jamming up Mexican trade at the Pharr-Reynosa international bridge. Mexico could make this go away by stopping illegal immigrants. But looks like long terrible truck jams at Laredo next instead. pic.twitter.com/j5APyMWrcu