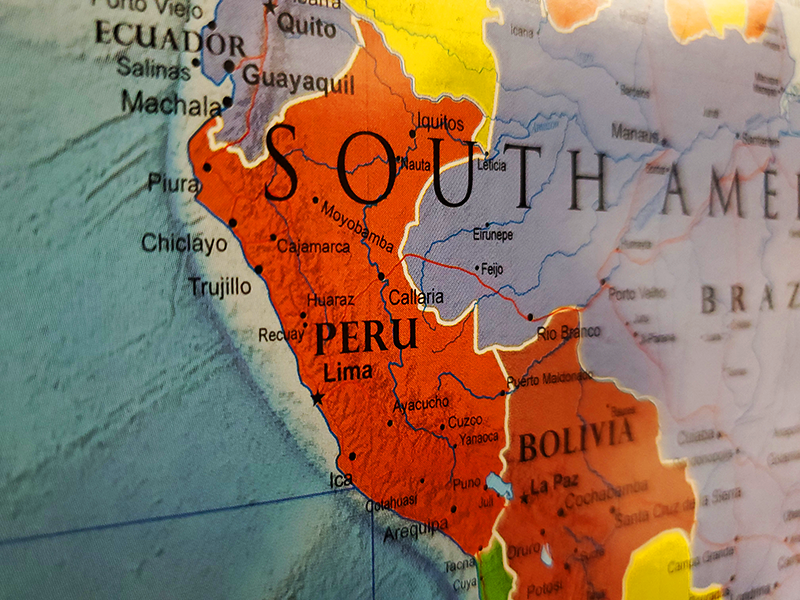 A world of aspiring immigrants has now fully absorbed the welcoming words of President Joe Biden — that he will grant all comers unobstructed "catch-and-release" illegal entry over the American southern border to live and work without fear of ICE deportation. So now they are coming, in rivulets and tributaries in South America that form a river by Mexico and, always troubling to homeland security practitioners, from a diversity of nations that would surprise many Americans.

Recently, at a Peru-Brazil river border crossing, in but one emblematic instance, Peruvian police and army forces repulsed repeated violent push-through attempts by a U.S.-bound migrant caravan of 400 or so immigrants from Africa's Ivory Coast, Sierra Leon, Senegal, and Haiti, but also Pakistan, India, and Bangladesh.

U.S. homeland security professionals refer to these as "extra-continental" migrants and regard them as a potential national security risk that separates them from the average Spanish-speaking migrant. That's because home nations like the Democratic Republic of Congo, Iran, Syria, Yemen, Afghanistan, Somalia, and Pakistan brim with terrorist organizations and atrocity-committing tribal militias.

Since shortly before and after Biden won office, untold thousands of extra-continental migrants, including 11 Iranians caught at the Arizona border on February 2 — began marching north in caravans and in smaller groups. People like the 187 from Somalia, 182 from Syria, and 63 from Tunisia caught by Honduran authorities in December.

Homeland security professionals will need to somehow determine — often with not even identifications as a start — whether the incoming are the persecutors or the persecuted, terrorists or their victims, have blood on their hands or are the bloodied.

"This is not merely an issue of Spanish-speaking Mexicans and Central Americans illegally entering the U.S., but clearly is a much greater global threat to our national security," said James G. Conway, a former FBI attaché to the U.S. embassy in Mexico City who ran programs after 9/11 to discern jihadists among migrants. "Those who come from countries that have a significant presence of terrorist groups must be cleared through background checks and vetted. And, yes, there are still international terrorists who want to bring harm to America and its people."

[Read the rest at Townhall Media.]

For more about "extra-continental" migrants, read these past Center for Immigration Studies posts:

Video: 'Extra-Continental" Migration to the Southern Border: U.S. lags Mexico in addressing this misunderstood next threat

In Case You Missed It, CBP Chief Confirmed 'Extra-Continental' Migration as a 2020 Priority