In Case You Missed It, CBP Chief Confirmed 'Extra-Continental' Migration as a 2020 Priority 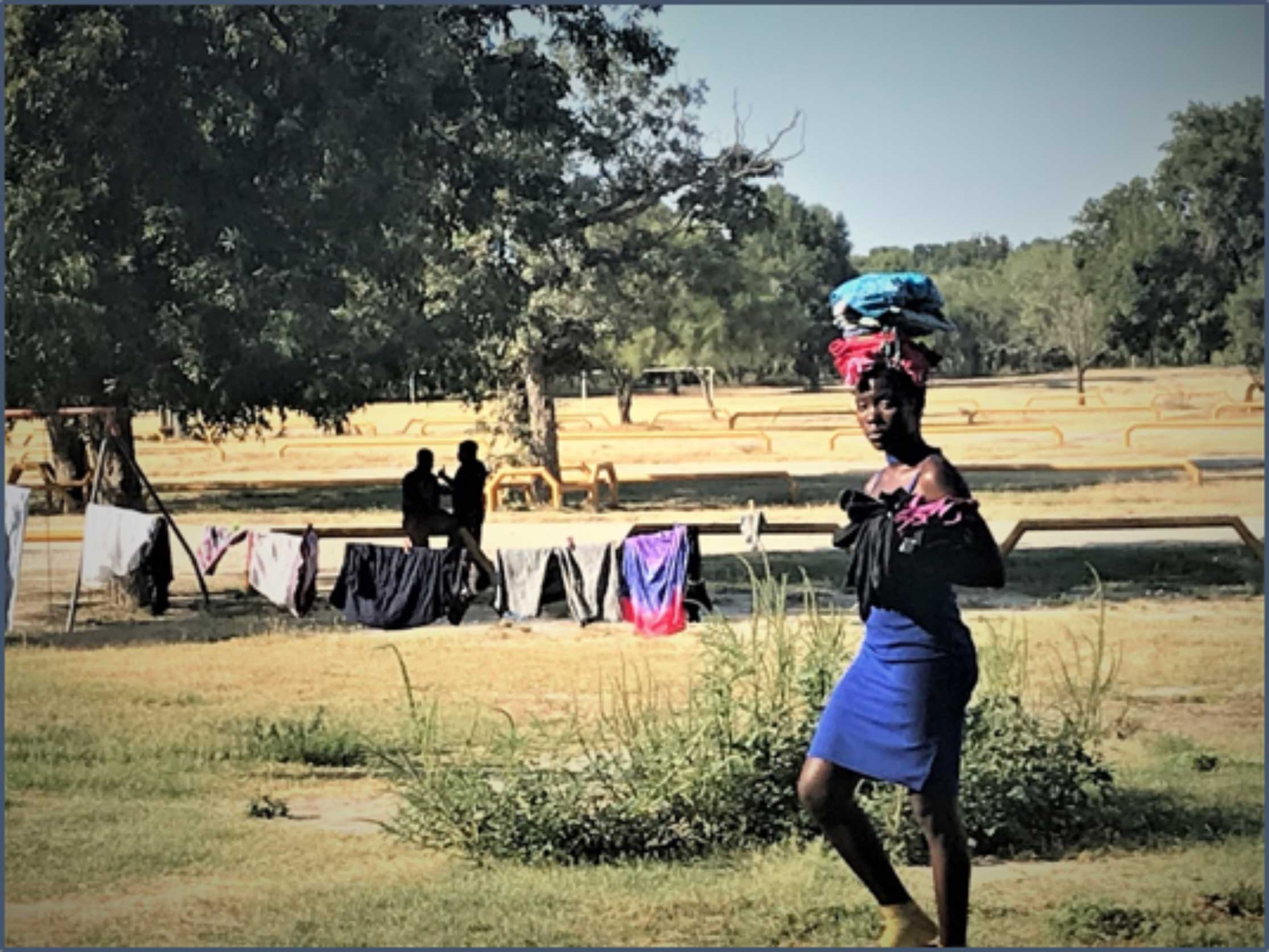 African migrant woman in Mexico drying laundry on the banks of the Rio Grande. Photo by Todd Bensman.

This new year, one of the most consequential trends to follow on the border security front is this: a surge of "extra-continental" migrants from countries far beyond Mexico and Central America, and how the nation will head it off.

While I noticed the spike in extra-continental migration a while ago and duly reported last July that tens of thousands were coming through Panama, Acting Commissioner of U.S. Customs and Border Protection Mark Morgan confirmed during a December 22 Center of Immigration Studies "Immigration Newsmaker" event that this illegal immigration phenomenon has not waned. It is gathering unprecedented momentum and will become a 2020 administration priority.

After explaining that administration policies rendered the Central American surge crisis of 2019 more manageable by the year's end, Morgan offered that Mexican cartel human smuggling operations had shifted to another lucrative income source from abroad.

"What we are seeing, though, is a change in the demographics," the acting CBP director explained to CIS's Jessica Vaughan at the top of her interview with him. "So they [the cartels] saw that we were making progress toward stemming the flow of illegal immigration from the Northern Triangle countries [of Central America], really taking billions of dollars out of their pockets, and they shifted. So they're shifting toward supporting additional migration from extra-continental countries, as well as Mexican nationals."

"I mean Indians, Africans, Haitians, Brazilians. I mean, the list goes on and on and on. That's what we refer to as extra-continental, other than Northern Triangle countries."

Morgan didn't provide specific numbers, only that "we're seeing thousands of each of those groups. And we're seeing — from this time last year—an increase sometimes 200, 300 percent of what we saw last year."

From his comments, it seems clear the administration sees this migration trend as a priority for 2020.

"Overall, those numbers relatively are fairly manageable. But when you start combining it, and then again you start seeing it as an increased issue, we need to get out in front of it," Morgan told Vaughan.

The discussion moved on to other issues from there. But in all likelihood, Morgan 's concerns about extra-continental migration have to do with threats that are very different from the familiar ones posed by Spanish-speaking migrants who, for instance, may belong to murderous gangs like MS-13. 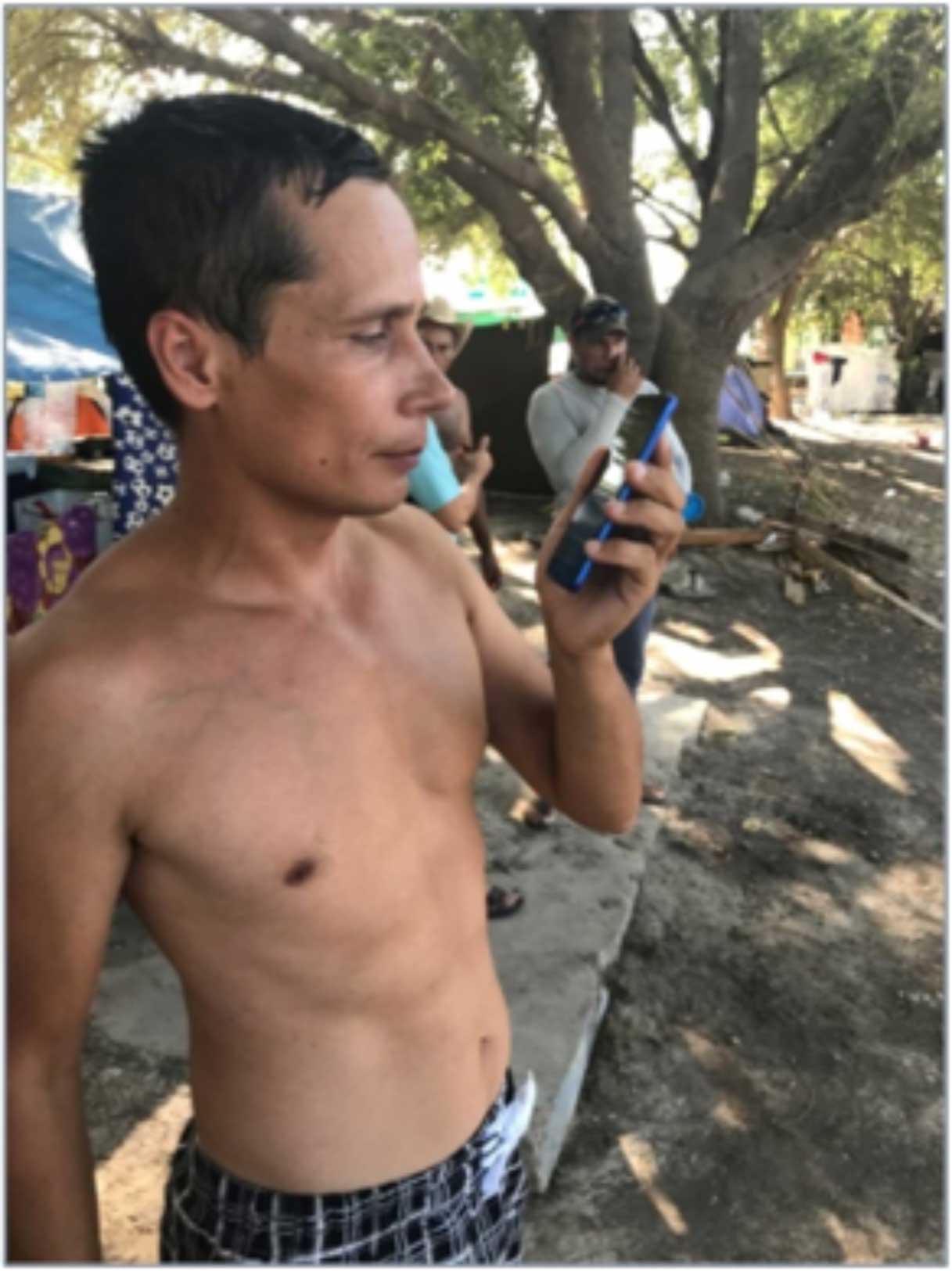 "Vladimir" was a Russian immigrant interviewed in Mexico who planned to claim U.S. asylum and spoke of having unspecified problems with Russian law enforcement back home. Photo by Todd Bensman.

In an August report for CIS, I explained some of those unique national concerns, such as espionage, after interviewing a Russian migrant, along with Congolese and Cameroonians, in Ciudad Acuna, across from Del Rio, Texas. Often, these migrants from highly troubled countries show up with no identification documents and unverifiable stories of persecution and personal histories of woe.

The question American homeland security is duty-bound to answer is whether any of them are war criminals, murderers, terrorists, or agents of espionage. Perhaps many are victims of those human plagues in their home countries, as almost all will almost certainly claim at the border. But anyone with a homeland security mindset can understand the need to know as much about these migrants as possible before they are granted entry on asylum claims.

In this June blog post, I argued for enhanced national security vetting of Congolese migrants crossing over the Texas border at a time when the Border Patrol was highly distracted with Central American immigrants. As grounds for this, I pointed out that thousands of warring militia members have rampaged for years through Democratic Republic of Congo villages killing, raping, kidnapping, and looting in endless atrocities and massacres. I noted too that Islamic jihadist ideology was behind many of the latest atrocities in the eastern part of the DRC.

Among extra-continental migrants every year are several thousand "special interest aliens" from nations of the Middle East, South Asia, and North Africa where Islamist terrorist groups thrive, requiring mitigation of an entirely different kind of risk than necessary for, say, Russians or Cameroonians. Islamic terrorists and suspected terrorists have reached the southern border, including one Somali who went on to conduct a double vehicle-ramming attack in Edmonton, Alberta, Canada, in 2017.

The degree to which President Trump's policies for the Central American migration are being applied to extra-continental migrants remains a mystery, unreported in the American news media. There's some indication that Mexico, after first exempting non-Spanish-speaking migrants from detention and removal at the Guatemala border, has recently begun to hold them in place in southern Mexico. But the extra-continentals have rioted and many still reach the U.S. border to claim asylum.

There's no reason why policies such as "Remain in Mexico" and rules requiring that extracontinentals apply for asylum in the first safe transit country they travel through shouldn't be applied to them, despite arguably more complicated logistics.

Morgan's comments at the CIS event on December 22 unquestionably show what I have openly wondered during all of 2019. Which is that he and the homeland security enterprise actually do understand that this smaller but increasing migration flow poses a unique and diverse set of national security issues that have to be responsibly managed right now. In the coming year, we'll see how the administration response unfolds.