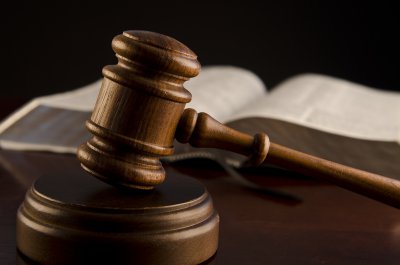 In a two-line order, the Supreme Court denied the government's request for a writ of certiorari before judgment in Dep't of Homeland Sec. v. Regents of Univ. of California. This denied an attempt by the Department of Justice (DOJ) to have the Court review a January 9, 2018, order by Judge William Alsup of the U.S. District Court for the Northern District of California, prior to a full review of that order by the Court of Appeals for the Ninth Circuit.

Judge Alsup had ordered the Department of Homeland Security (DHS) to maintain the Deferred Action for Childhood Arrivals (DACA) program "on a nationwide basis on the same terms and conditions as were in effect before the rescission on September 5, 2017, including allowing DACA enrollees to renew their enrollments," with certain exceptions.

DOJ had asserted that immediate review of that order by the Supreme Court is necessary, arguing:

The district court has entered a nationwide injunction that requires DHS to keep in place a policy of non-enforcement that no one contends is required by federal law and that DHS has determined is, in fact, unlawful and should be discontinued. The district court's unprecedented order requires the government to sanction indefinitely an ongoing violation of federal law being committed by nearly 700,000 aliens — and, indeed, to confer on them affirmative benefits (including work authorization) — pursuant to the DACA policy. That policy is materially indistinguishable from the DAPA and expanded DACA policies that the Fifth Circuit held were contrary to federal immigration law in a decision that four Justices of this Court voted to affirm. Without this Court's immediate intervention, the court's injunction will persist at least for months while an appeal is resolved and, if the court of appeals does not reverse the injunction, it could continue for more than a year given the Court's calendar.

It did not, however, request a stay of Judge Alsup's order, asserting:

[A] primary purpose of the Acting Secretary's orderly wind-down of the DACA policy was to avoid the disruptive effects on all parties of abrupt shifts in the enforcement of the Nation's immigration laws. Inviting more changes before final resolution of this litigation would not further that interest. Moreover, a stay would not address the institutional injury suffered by the United States of being embroiled in protracted litigation over an agency decision that falls squarely within DHS's broad discretion over federal immigration policy and that is not even judicially reviewable.

Subsequent to the filing of that petition by DOJ, on February 13, 2018, Judge Nicholas Garaufis of the United States District Court for the Eastern District of New York also issued a preliminary injunction ordering DHS "to maintain the DACA program on the same terms and conditions that existed prior to the issuance of the DACA Rescission Memo," with the same exceptions cited by Judge Alsup.

The Supreme Court did not explain its reasoning for denying the government's request for writ of certiorari in its order, however, but there are at least three likely reasons for this decision.

First, given the fact that Congress has been considering a "DACA fix", it is possible (if not probable) that the issue would be resolved before the Court could even hear the matter. Denying certiorari therefore preserves the Court's extremely limited judicial resources.

Second, and similarly, the Supreme Court would likely prefer that Congress, not it, decide what to do with the 690,000 DACA beneficiaries currently present in the United States. At its essence, DHS rescinded DACA because the attorney general found:

DACA was effectuated by the previous administration through executive action, without proper statutory authority and with no established end-date, after Congress' repeated rejection of proposed legislation that would have accomplished a similar result. Such an open-ended circumvention of immigration laws was an unconstitutional exercise of authority by the Executive Branch.

Congress, on the other hand, plainly has the authority to grant status (be it temporary or permanent) to those aliens. If the Supreme Court were to determine that Judge Alsup's and Judge Garaufis' orders were improper, those DACA beneficiaries whose status had expired would face immediate removal proceedings. Allowing Congress to act would alleviate the uncertainty that would follow such a determination by the Court.

Third, even DOJ has admitted that direct review to the Supreme Court is "a rare step". Giving the parties the opportunity to develop the record before the circuit court places the Supreme Court in a better position to issue a well-reasoned order.

In any event, the Court's order relieves Congress of having to deal with DACA beneficiaries before the original March 5, 2018, deadline established by DHS in its DACA rescission memo.