But it’s worse than that, and the news is more than two months late 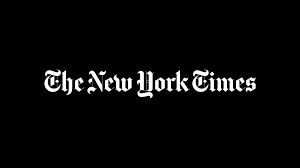 On September 6, the New York Times admitted the “Biden Administration Has Admitted One Million Migrants to Await Hearings”. Even that admission is not quite correct, because the president had released more than one million illegal entrants by the end of May, and tens of thousands since, but it is welcome news that the “newspaper of record” has deemed the disaster at the Southwest border “news that’s fit to print”. Now they need to figure out how bad the problem has gotten.

Biden’s Migrant Releases. It was the middle of June when I first reported that of the more than three million migrants CBP had encountered at the Southwest border under the Biden administration between February 2021 and May, 1,049,532 had been released into the United States — where they will remain indefinitely, if not forever.

The number of migrants released at that point was also greater than the population of Austin, Texas (America’s 11th largest city), twice as many folks as there are residents in Atlanta, and more people than live in the president’s home state of Delaware.

By the end of June, the administration had released 1.129 million aliens whom CBP had encountered at the U.S.-Mexico line. If they lived in the same city, it would be our 10th largest, and more impressively, if they simply headed to a brand-new state, it would already be number 43 on the list, edging out Rhode Island, which currently holds that title.

Court-Ordered Disclosures in Texas v. Biden. I don’t know that release number because I was handed some shady documents by a disgruntled DHS employee (of which there are more than a few), but because the department was forced to disclose the number of aliens it had released at the Southwest border in the course of litigation in Texas v. Biden.

Texas is a suit brought by the states of Texas and Missouri to force the president to reimplement the Trump-era Migrant Protection Protocols (MPP), better known as “Remain in Mexico”.

You see, under the Immigration and Nationality Act (INA), DHS is required to detain every alien who enters the United States illegally or seeks admission without proper documents.

Trump knew that DHS could not comply with that detention mandate in FY 2019 (when Border Patrol apprehended more than 850,000 illegal entrants, 55 percent of whom were adults and children), and so his administration opted to send nearly 70,000 back across the border to await their asylum hearings. MPP successfully reduced illegal entries and restored order, as DHS concluded in October 2019.

The detention mandate notwithstanding, DHS does have limited statutory authority to release migrants on what’s known as “parole”. That parole power is tightly circumscribed, however, because Congress doesn’t want the executive to do an end-run around its immigration limits.

Biden has largely relied on that parole power in releasing border migrants, but more than a million releases are not a simple end-around. They are an extraconstitutional attempt by the Biden team to ignore the INA entirely. Unfortunately, when Texas got to the Supreme Court, the justices punted that issue back to the lower courts, vacating the order that required those disclosures in the first place.

What Took So Long? In any event, the DHS disclosures that revealed the administration was engaging in a massive catch-and-release scheme at the Southwest border were on numerous websites for the Times to review anytime it wanted. It wasn’t until Eileen Sullivan, the author of that piece, looked that the population of Americans who get their news from the paper were ever told.

That leads to a couple of points, neither of which I will belabor.

The first is that the Grey Lady seemed dogged in chasing any potential stick it could use to beat Trump with. That Biden continues to flout the immigration laws in releasing tens of thousands of illegal entrants monthly is akin to his predecessor secretly opening oil drilling leases on Mt. Rushmore to the Russians, and worthy of as much attention.

The second, related point is that the current administration’s lack of transparency on its immigration activities is as big a scandal. Trump could barely make a phone call without barrelsful of negative ink spilling based upon the representations of some inevitably unnamed “government official” or “person with knowledge of the situation”.

Biden, on the other hand, treats the INA (and the Constitution with it) as if it is written on palimpsest, subject to erasure and revision based on the whims of unknown apparatchiks and the concerns of “stakeholders” (read: “special-interest groups”).

This are not simple tu quoque gripes. We have a free press in the United States to hold those in power accountable, and Biden holds the ultimate power when it comes to immigration, an area in which even the individual states are largely powerless to act.

As the Supreme Court has held for more than a century, however, the president’s immigration power is cabined by the limits Congress sets. I understand that many in the press agree with the White House that aspects of the INA are “inequitable”, but when they only report on illicit executive power grabs they don’t like, the press becomes blinkered partisan scribes, not reporters.

I seriously doubt Sullivan wrote that headline, for a couple of reasons. First, her article deals more with the large number of released migrants who have headed to Portland, Maine (a subject I also covered on September 5), not migrant releases per se.

Second, she’s an expert on the subject, and would thus know that those “one million migrants” have not been “admitted” to the United States, they have been “released” into the country. An alien is admitted only once he or she is cleared to come in legally. Illegal entrants are treated as aliens seeking admission, but until they are granted some relief (like asylum), they have not been “admitted”.

That’s the correction. The clarification relates to Sullivan’s assertion that “more than a million” migrants “were similarly allowed into the country on a temporary basis over a two-year stretch of the Trump administration”. There is nothing “similar” between Trump’s actions and Biden’s.

I base that conclusion on yet another disclosure the government made in Texas, this one an attempt to show that Biden is no different from his predecessors in releasing migrants who are supposed to be detained. To make this point, Biden’s DOJ offered the Supreme Court detention and release statistics for Southwest border migrants from FY 2013 to FY 2021.

It revealed that of the fewer than 3.518 million aliens CBP encountered at the Southwest border under the Obama and Trump administrations between FY 2013 and FY 2019 who were subject to detention, more than 1.195 million (57 percent) were detained throughout their proceedings, and an additional 22 percent were detained for some period and released. Just 749,013 (21 percent) were never detained.

By contrast, just 10 percent of the more than 525,000 aliens encountered by CBP in FY 2021 and processed for removal (most under the Biden administration) were detained, while 26 percent were detained and released and a whopping 64 percent were never detained. While detention was the rule under his two predecessors, release is the rule under Biden.

In fact, as noted, Trump only implemented Remain in Mexico once his administration realized that DHS could not otherwise comply with that congressional detention mandate.

Sending apprehended migrants back across the border to await their removal hearings was a functional alternative to detention, as it prevented aliens subject to return from working illegally and absconding into this country while ensuring their appearance for as many hearings as they were willing to attend.

These are not minor points — they are the main point, particularly given how scrupulously Obama (in particular) complied with the detention requirements in the INA. Simply put, if Trump detained illegal entrants meanly or gratuitously, then why did Obama do the same thing?

While the New York Times has finally acknowledged the disastrous (and illegal) release of “one million migrants” into the United States, that’s old news, and the total now exceeds 1.1 million. With the justices’ reversal of the lower court order in Texas, the administration’s not saying how many illegal entrants it’s now releasing — a statistic the Times would do a service by uncovering and reporting.