Bad for Biden and congressional Democrats, but could be better for the GOP 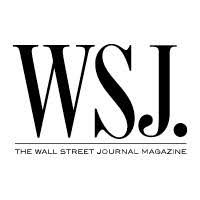 The Wall Street Journal is getting into the polling game. On December 7, it released a poll of 1,500 registered voters conducted by ALG Research and Fabrizio, Lee & Associates between November 16 and 22. The results of that poll spell bad news for the president’s immigration policies and congressional Democrats, but it could be better for their Republican colleagues.

As the paper explained, it’s making this foray into surveys to “explore the forces driving American politics”. This poll delivered on that goal. Respondents were asked open-ended questions to identify the issues they want the president and Congress to make priorities, and the pollsters combined their responses into 30 separate topic areas.

Immigration as the Top Issue for Voters. Immigration came out on top, with 13 percent of respondents identifying it as their most important priority, followed by the economy at 11 percent and inflation at 10 percent. Fifteen of those topic areas — including some hot-button issues like election integrity, abortion, and housing — registered at 2 percent or lower, and even the Covid-19 pandemic only topped the lists of 5 percent of respondents.

Both my colleague (read: “boss”) Mark Krikorian on the one hand and far-left immigrant advocates on the other believe that many aspects of the U.S. immigration system are broken and in need of reform. The “fixes” that they would propose, however, are wildly divergent in many, if not most, respects.

In fact, the Biden administration claims that it recognizes that immigration is a problem and is actively attempting to fix it — and doing a great job.

That the president’s efforts have made the immigration system worse in the minds of most reasonable and objective observers is beside the point.

What “Immigration” Means in the Minds of Voters Concerned About It. To get a better idea of what the 13 percent of respondents who expect the federal government to focus on “immigration” had in mind, it is important to look at two other important poll questions.

The first one asked: “Between the Democrats in Congress and the Republicans in Congress, who in your opinion is BEST ABLE to handle secur[ing] the border?” Fifty-two percent of respondents chose the GOP, compared to just 16 percent who preferred to let Congressional Democrats do the job (9 percent trusted both equally, and 15 percent picked “Neither”).

The second question was slightly different from the first, asking: “Between the Democrats in Congress and the Republicans in Congress, who in your opinion is BEST ABLE to handle fix[ing] the immigration system?”

On that one Congressional Democrats did slightly better, with 27 percent preferring them, compared to 41 percent who chose their Republican counterparts. Again, 9 percent trusted both equally, but a whopping 20 percent answered that they trusted neither when it came to needed immigration reforms.

Both Parties Have Failed to Fix the Immigration System. I understand the sentiments of the 20 percent of respondents who lack faith in either party to address the problems in our immigration system because neither has done a good job in the recent past.

There were a few things in SAFA about which the Center was concerned, but it would have gone a long way toward addressing endemic problems in our immigration regime, too. Speaker Ryan, however, made a mess of things (Google “Goodlatte” and “Queen of the Hill”, or just read my May 2018 analysis of that year’s battling immigration proposals), and nothing ended up getting done.

For their part, various flavors of amnesty are the “one-size-fits-all” solution that Democrats reflexively put forth as necessary “immigration reform”.

Their most recent (and pending) amnesty plan, which they are attempting to pass without any Republican votes through a legislative maneuver known as “reconciliation”, is actually the worst of these. Unlike its predecessors, it fails to bolster immigration enforcement, and actually makes it harder for ICE agents to get criminal aliens off the streets (regardless of what PolitiFact tells you).

That it is being offered at a time when the Southwest border is devolving into a disaster of historic proportions evidences either hubris or tone-deafness (more formally “congenital amusia”). That’s almost definitely why most of the respondents in the Journal poll don’t trust them to address immigration to any significant degree, either by themselves or in conjunction with the Republican congressional conference.

Congressional Republicans Are Getting the Credit for Trump’s Border Policies. That said, Donald Trump’s border enforcement policies (the most significant of which was the Migrant Protection Protocols, better known as “Remain in Mexico”) are almost definitely why congressional Republicans hold such a significant edge when it comes to voters’ faith in their ability to secure the border.

Then-candidate Biden assailed those policies (which were never popular in the mainstream media), and as president he has reversed almost all of them. Those reversals, as I explained back in April, are the reason that the Southwest border has devolved into chaos that has only gotten worse since the spring.

DHS Secretary Alejandro Mayorkas doesn’t seem concerned about what is going on there (at least not officially; privately, he called the border crisis “unsustainable” in August), but as the Journal poll shows, the American people are not so nonchalant about historically high levels of illegal migration along the U.S.-Mexico border.

An Opportunity for Both Parties. The 2022 midterm elections are not for another 11 months, but the Journal poll shows that there are opportunities for both parties to use immigration as an issue to improve their electoral prospects.

So long as Biden continues down the immigration path he is following, things are likely to get worse for his fellow partisans on Capitol Hill. Another scene like September’s migrant surge in Del Rio, Texas, is likely to solidify in the minds of the electorate the president’s inability to comprehend — let alone address — the dangers of illegal immigration.

If the president were to listen to his more enforcement-minded advisors, however, he could possibly take immigration off the list of issues that congressional Democrats seeking reelection will have to deal with in the midterms, at least to some degree. Otherwise, they better get used to hearing comparisons between high-crime rates in Democratic-led cities and lawlessness on the border.

Simply put, there might not be anarchy on the streets of Omaha, but the U.S.-Mexico boundary is Nebraskans’ border, too.

Conversely, and absent an unlikely immigration course correction from the White House, Republican congressional candidates can run on Biden’s evisceration of Trump’s immigration-enforcement policies, and the resulting border anarchy that has ensued.

That poll shows that Trump is not terribly popular among many voters (Biden and Trump are both viewed unfavorably by 54 percent of respondents, though their feelings toward Trump are more intense), but as I explained above, Trump’s border policies appear to be more popular than he is.

Successful opposition to Democrats’ amnesty proposals will likely put the GOP in good stead with voters, as well. Support for legalization of illegal aliens waxes and wanes, but any attempt to pass an amnesty bill without Republican votes will harden the impression that Democrats are the “open borders” party. Failure to defeat such a measure will signal weakness in the Party of Lincoln.

This poll may be a new effort by the Journal to identify the issues that are driving the American electorate, but it is a useful one. It shows that immigration is extremely important to large numbers of voters and that corrective action at the border is required if the president wants to have Democratic congressional majorities in January 2023.