The 'Queen of the Hill' on a DACA Deal 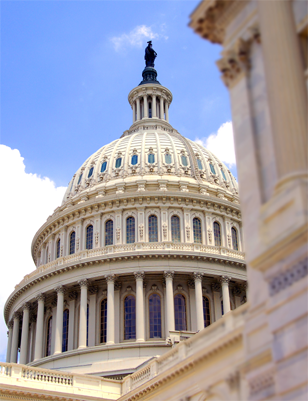 While there has been a great deal of discussion on "discharge petitions" and the "queen[s] of the Hill" rule as they relate to immigration legislation pending in the House of Representatives, some background may help to clarify these issues.

To begin with, on June 15, 2012, then-Secretary of Homeland Security Janet Napolitano announced that certain aliens who came to the United States as children and met several guidelines could request consideration of Deferred Action for Childhood Arrivals (DACA) for a period of two years, subject to renewal.

On September 5, 2017, Acting Secretary of Homeland Security Elaine Duke rescinded DACA, effective March 5, 2018. DACA recipients whose benefits expired before that date could apply for renewal up until October 5, 2017. Due to federal District Court injunctions, however, that program remains in effect, and U.S. Citizenship and Immigration Services (USCIS) has resumed accepting requests to renew DACA grants. Approximately 690,000 aliens currently have DACA status, according to the latest numbers from the Pew Research Center.

In January, President Trump released a framework for legislation to provide legal status and a pathway to citizenship for an estimated 1.8 million people who would be eligible for DACA. The framework would also strengthen border security, eliminate the diversity visa program, and limit family-sponsored immigration to spouses and minor children of citizens and green card holders.

Legislation to provide status to DACA recipients failed in the Senate in February.

SAFA contains a number of enforcement provisions, ends the diversity visa program, and ends chain migration. It would provide aliens who have been granted DACA benefits the opportunity to apply for a three-year renewable legal status allowing them to work and travel overseas, but would not provide DACA beneficiaries a direct path to lawful permanent residence.

According to the Congressional Research Service (CRS):

The amending process normally does not allow for amendments that would amend text that has already been amended. As a result, once a substitute for the full text of a measure has been adopted, no further amendments are in order, since any would constitute attempts to re-amend amended text. However, special rules occasionally provide that an amendment be in order "notwithstanding the adoption of a previous amendment." Such a structure can be used to afford the House the opportunity to vote in succession on each of several competing alternatives for the same text.

Since 1995, the Rules Committee has occasionally used a modified form for special rules allowing multiple alternatives to be voted on regardless of the results of any previous votes. In this modification, if more than one alternative obtains a majority, the one that is considered as finally adopted is the one that receives the greatest number of votes. These rules have been termed queen-of-the-hill or "most votes wins" rules.

With respect to H. Res. 774, any amendment by Rep. Goodlatte could either expand or limit SAFA, or leave that bill as written.

The amendment by Rep. Roybal-Allard would likely be the "DREAM Act of 2017", H.R. 3440, which she introduced on July 26, 2017. It would provide eight years of conditional permanent resident status to any removable alien who entered before the age of 18 and has been present in the United States for four years preceding this bill's enactment, as well as current DACA recipients. If those aliens fulfill school, military, or employment requirements, they can apply to have those conditions removed, putting them on a path to citizenship. The bill does not contain any enforcement provisions. The non-partisan Congressional Budget Office estimated that this bill's Senate companion bill, S. 1615, would increase budget deficits by $25.9 billion over the 2018-2027 period.

Rep. Denham's amendment would likely be H.R. 4796, the "Uniting and Securing America" (USA) Act, sponsored by Rep. Will Hurd (R-Texas) and Pete Aguilar (D-Calif.), of which Rep. Denham is a cosponsor. It would also create a renewable eight-year conditional permanent resident status for aliens who entered the United States before the age of 18 and have lived here since December 31, 2013, provided that they meet certain educational requirements. DACA recipients would be eligible for the status if they satisfy educational, military, or employment requirements. It would beef up border security to a degree (but would not include a wall along the entire Southwest border) and increase the number of immigration judges.

Rep. Valadao notes that: "Regardless of previous votes, whichever amendment receives the greatest number of votes, and exceeds the 218 threshold, will be adopted. Should all bills fail to reach 218 votes, none will be adopted." If correct, this would mean that even if two different amendments receive the most votes, the later amendment will be the one that is adopted, giving Rep. Denham's amendment an advantage because it is the last amendment to be considered. And logically, it is correct, given the fact that each amendment would be in the nature of a substitute to the bill as a whole, and therefore the final substitute receiving the most votes (even if it received the same number of votes as a prior amendment) would constitute the language of the bill.

Rep. Carlos Curbelo (R-Fla.) has introduced a discharge petition under clause 2, Rule XV of the Rules of the House for H. Res. 774. As Real Clear Policy explains this arcane procedure:

If a bill has been introduced and referred to committee for at least 30 days, any House member can file a motion with the Clerk of the House to discharge the bill from committee. If 218 members sign onto the petition, the bill becomes eligible for discharge with a vote (after seven days). After 20 minutes of debate, if the vote passes, the House will take up the measure. As of 1995, the names of all signers on a discharge petition were required to be made public; they had previously been undisclosed.

The Office of the Clerk of the House of Representatives notes that there are 435 members in the House of Representatives, 235 Republicans and 193 Democrats (with seven vacancies). Under Rule XV, clause 2(c) of the Rules of the House, to be successful, the discharge petition must be signed by a majority of the total membership of the House (218 signers, notwithstanding the vacancies). If every Democrat were to support that discharge petition, therefore, 25 Republicans would have to sign it in order for it to reach the 218 votes that it needs for it to be successful. The Hill has reported that 20 Republicans have signed the petition, which currently has 196 signatories.

Roll Call reports that on May 15, Speaker Ryan and Majority Leader Kevin McCarthy (R-Calif.) met with the president "to talk about an immigration plan he could sign and that ideally some Democrats could support." Republican leadership has promised "a new plan to deal with the disparate views on immigration" according to the paper, but no language has apparently been presented to the conference.

The speaker has come out forcefully against the discharge petition, arguing that it would result in a bill that the president would ultimately veto, and would "turn the floor over to the minority." Specifically, a bill with full Democratic support but only minimal Republican support could ultimately prevail. And, as Roll Call reports:

Even Democrats acknowledge that the queen of the hill process would produce an outcome they favor.

"We believe that this bipartisan bill that the members have put together ... is the bill that would win," House Minority Leader Nancy Pelosi said, referring to a measure by Texas Republican Will Hurd and California Democrat Pete Aguilar. She rejected Republicans' contention that Trump would veto that bill.

CNBC Indicates that Majority Leader McCarthy is particularly concerned that a vote on a bipartisan bill that is not supported by the Republican base could cost the party the majority in the midterms by dampening voter enthusiasm. McCarthy will likely be seeking to succeed Speaker Ryan when the speaker retires of the end of the 115th Congress, and the Weekly Standard's analysis suggests that:

The two hold vastly different opinions about how to approach the DACA debate in the House. While Ryan has repeatedly said he would like to find a solution to the issue — recently saying he wants to vote on an immigration measure before the election — McCarthy is far more skeptical about the political benefits of doing so.

District court injunctions have largely taken the pressure off of congressional Democrats to compromise on DACA. If there is no DACA deal, in the midterm elections the Democrats will likely portray the Republicans as unsympathetic to the plight of aliens brought to the United States as children. Any DACA deal, therefore, would probably be on terms favorable to the Democrats, or at least more favorable than they would have been absent those injunctions.

CNN reported that although the speaker met separately with backers and opponents of that petition on May 16, there were no changes on the positions of the two sides.