Jurors directed to investigate parents who paid smugglers to bring their children to the United States, and government officials who released criminal aliens 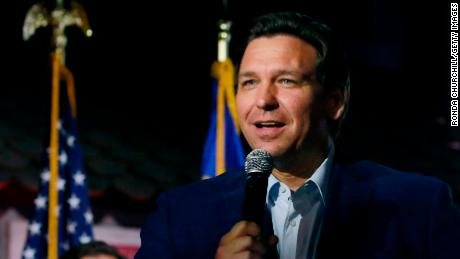 On June 17, Florida Governor Ron DeSantis (R) used his power under state law to ask the state’s Supreme Court for an order empaneling a statewide grand jury in its 10th Judicial Circuit to examine various immigration-related “crimes and wrongs” residents and local officials there may have engaged in. The targets are family members who paid smugglers to bring unaccompanied alien children (UACs) unlawfully into the United States, and the government of Miami-Dade County — which allegedly is refusing to honor DHS detainers for some serious criminal aliens. States may have only limited power to make the administration control immigration, but the governor is using the power he does have to force a change.

Grand Juries. Grand juries are unique bodies under our system of justice. Much like law enforcement officers, they are empowered to investigate crimes, but grand jurors — usually private citizens — have more independence in their investigations.

Unlike “petit juries” of the sort you see on most courtroom dramas that determine guilt or innocence after hearing from both sides, grand jurors sit in private, and the accused doesn’t always appear. The grand jury’s job is to determine whether indictments should be brought, not whether a conviction should be entered.

Under Florida law, grand jurors (who must be residents of the state and U.S. citizens) can sit for anywhere between 12 and 18 months, technically through the term of the court. They are selected in private, either by county commissioners or a specially constituted jury commission. A statewide grand jury consists of 18 members.

Generally in Florida, grand juries consider cases that are brought by the state attorney, and are directed to seek guidance from the state attorney’s office before they embark on their own investigations. That said, the grand jury is an “agency and arm” of the court that empanels it, and thus is mainly answerable to that court.

The 10th Judicial District. Florida’s 10th Judicial Circuit is one of 20 in the state, and serves the more than 700,000 residents of Hardee, Highlands, and Polk Counties, which are east of Tampa and southwest of Orlando. The AP describes it as “an agriculture-heavy region”.

The court bills itself as “[c]entered in the heart” of its sister courts, though it’s much closer to Miami than to the state capital of Tallahassee.

On June 29, the state Supreme Court issued an order directing the empanelment of the statewide grand jury DeSantis had granted. The presiding judge is Ellen S. Masters, chief judge of the Tenth Judicial Circuit.

First, he asserts that while Florida law requires state and local law enforcement to transfer criminal aliens to DHS — “at least when the federal government does not refuse to take custody” — federal officers have complained that:

Miami-Dade County is refusing to honor federal requests to take custody of criminal aliens in Miami-Dade's detention facilities, including aliens arrested for attempted murder, domestic violence by strangulation, assault with a deadly weapon, and lewd and lascivious behavior on a minor. Miami-Dade appears to be basing this unlawful conduct on fraudulent use of the victim and witness exception.

Local reporting indicates that public defenders in Miami-Dade (which has flirted with “sanctuary” status in recent years) have asked the local corrections department to exempt some of those arrested from the state mandate. Further, the city of South Miami (which is in Miami-Dade) convinced a federal judge in September that a state law banning sanctuaries was unconstitutional (the state has appealed the order to the U.S. Court of Appeals for the Eleventh Circuit).

DeSantis wants the grand jury to investigate all “persons or organizations” involved in violating the state’s criminal alien transfer law to assess whether they have violated state statutes.

Second, as my former Democratic colleague on the House immigration subcommittee, Nolan Rappaport, recently explained in an opinion piece in The Hill, DeSantis “seeks to prosecute for child endangerment parents who use transnational criminal organizations to smuggle their unaccompanied alien children into the United States.” That one requires a bit more explanation.

The Homeland Security Act (HSA), which abolished the former INS and created DHS, created the concept of UACs as a separate alien group and vested jurisdiction for the housing and placement of UACs who are in removal proceedings with the Office of Refugee Resettlement (ORR) in the Department of Health and Human Services.

At the beginning, however, there were not a lot of UACs for ORR to deal with. According to the Congressional Research Service (CRS), in the early 2000s only about 6,700 UACs annually were apprehended by DHS, placed into removal proceedings, and referred to ORR.

That all changed beginning in late 2008 when Democrats in Congress passed an extremely problematic law (that even President Barack Obama didn’t like), the Trafficking Victims Protection Reauthorization Act of 2008 (TVPRA).

Under the TVPRA, DHS has 72 hours to transfer all UACs it encounters from “non-contiguous” countries (that is, every country other than Canada and Mexico) over to ORR, nearly all for placement with “sponsors” in the United States — even if they have not been trafficked and do not have asylum claims.

Although I have no doubt that law was passed with the best of intentions, it has simply served as a magnet that draws minors to enter illegally. By FY 2012, three fiscal years after the TVPRA was passed, Border Patrol was apprehending more than 24,400 UACs at the Southwest border alone, a figure that exceeded 38,750 in FY 2013 and 68,500 in FY 2014.

And, not surprisingly, because the TVPRA gives preferential treatment to children who aren’t from Mexico or Canada, the number and percentage of UACs apprehended at the border from non-contiguous countries has skyrocketed. As per CRS:

In FY2009 ... children from Mexico and the Northern Triangle countries (El Salvador, Guatemala, and Honduras) represented 82% and 17%, respectively, of the 19,668 UAC apprehensions that year. By FY2021 [when nearly 185,000 UACs were apprehended at the Southwest border], those proportions had flipped, with Mexican and Northern Triangle children respectively representing 18% and 77% of all UAC apprehensions.

Of course, few 15-year-olds have the money to pay thousands of dollars for a smuggler from the Northern Triangle to the Southwest border, so who does pay? As then-DHS Secretary John Kelly explained in February 2017:

Approximately 155,000 unaccompanied alien children have been apprehended at the southern border in the last three years. Most of these minors are from El Salvador, Honduras, and Guatemala, many of whom travel overland to the southern border with the assistance of a smuggler who is paid several thousand dollars by one or both parents, who reside illegally in the United States. [Emphasis added.]

Kelly asserted that, “Approximately 60% of minors initially determined to be ‘unaccompanied alien children’ are placed in the care of one or more parents illegally residing in the United States,” though more recent figures from CRS suggest that about 46 percent of UACs released by ORR are placed with their own parents or legal guardians.

Nearly all, if not every child who is smuggled to the United States is traumatized and endangered on the trip here, as a bipartisan federal panel convened to examine illegal entries by families determined in an April 2019 report.

It concluded: “Children who are crossing the borders of the U.S. are at great risk for multiple medical problems, which include but are not limited to, dehydration, malnutrition, infections, psychological trauma, physical injuries and all aspects of child maltreatment.”

Which is why DeSantis wants the grand jury to assess whether the parents who have paid the smugglers of UACs can be charged under Florida law for human trafficking and smuggling, child abuse and neglect, and identity theft and fraud (among other offenses).

He is not the first to suggest that parents who pay smugglers to bring UACs to the United States should face criminal sanctions. In a 2013 order sentencing a defendant who was convicted of smuggling a Salvadoran minor to the United States, Judge Andrew Hanen of the U.S. District Court for the Southern District of Texas noted:

Judge Hanen complained that DHS was thus rewarding the criminal conduct of the parent “instead of enforcing the current law”, thus “encouraging parents to seriously jeopardize the safety of their children”. As he explained: “It would be more efficient for the government to arrest the individuals who are not only in the country illegally, but while in the country illegally are also fostering illegal conspiracies.”

Of course, his plaints (and mine) went unanswered, at least until DeSantis requested and got a grand jury to investigate whether the parents of UACs are breaking state law by having their children smuggled to Florida.

The Power of the States to Force Immigration Change. In 2012, the Supreme Court held that the states do not have the power to enforce the immigration laws themselves, and states are thus dependent on the administration to ensure that those laws are enforced. By and large, the current administration has refused to do so.

The states have, however, used the power that they do have to force the Biden administration in federal court to follow the laws that Congress has written, with mixed results. There are limitations on even the Supreme Court, though, to ensure that the laws are faithfully executed.

I served as then-Rep. DeSantis’ (R-Fla.) staff director when he was chairman of the House National Security Subcommittee, and I can assure you of two things. One, he thinks outside the box and looks for solutions others (including seasoned congressional staffers) have overlooked. And two, he is dogged in his efforts to ensure the laws are enforced, the Constitution is followed, and justice is served.

By obtaining a grand jury to investigate immigration-related violations of state law, DeSantis is breaking ground that other disgruntled chief magistrates can plow in their efforts to slow and, with luck, stop the degradation of immigration enforcement in the United States. The Biden administration should not bet against him.