Absurd, but at least he admits pull factors exist, which the administration’s ‘root causes’ strategy ignores 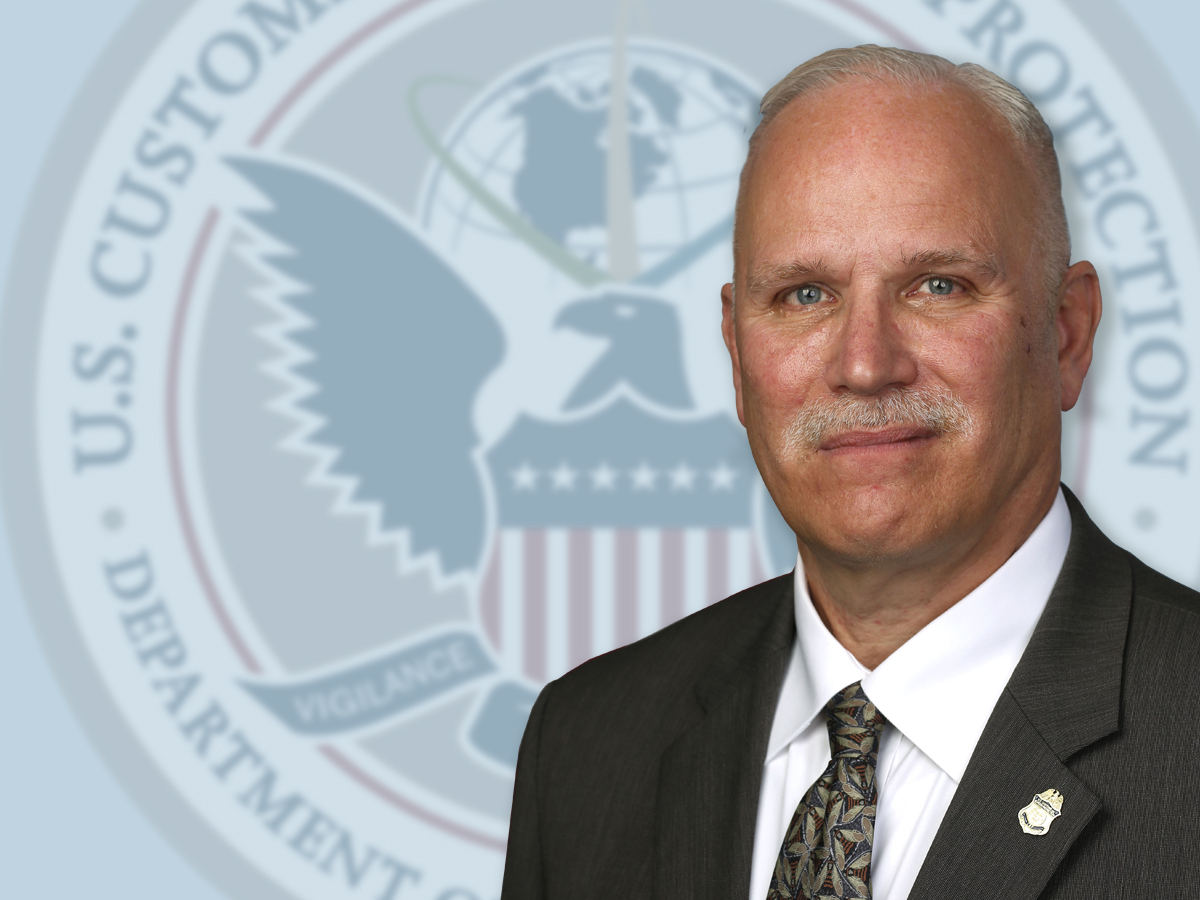 On October 6, the Los Angeles Times reported that CBP Commissioner Chris Magnus was claiming that efforts by Republican governors to transport migrants released into the United States by DHS had created a “pull factor” drawing foreign nationals to enter the United States illegally. At least the border chief recognizes there are pull factors drawing illegal entrants to this country, because the administration’s “root causes” strategy for illegal migration ignores them.

Pull Factors vs. Push Factors. Briefly, as I explained in 2018, when it comes to migration:

Pull factors are those factors in the destination country that attract the individual or group to leave their home. Those factors are known as place utility, which is the desirability of a place that attracts people. Better economic opportunities, more jobs, and the promise of a better life often pull people into new locations.

Biden’s “Root Causes” Strategy. If you reviewed the Biden administration’s border policies, however, you’d conclude that there were no pull factors drawing illegal migrants to the United States. Let me explain.

The cornerstone of the president’s efforts to address illegal migration is a July 2021 National Security Council (NSC) paper captioned “U.S. Strategy for Addressing the Root Causes of Migration in Central America”.

According to that paper, migrants are coming to the United States from Central America due to “corruption, violence, trafficking, and poverty” in those countries. Those are all push factors, but no pull factors drawing migrants from those countries to this one, whatsoever, are discussed therein.

Consequently, the NSC concludes the only appropriate response is to use the “policy, resources, and diplomacy of the United States, and to leverage the expertise and resources of a broad group of public and private stakeholders, to build hope for citizens in the region that the life they desire can be found at home”.

Respectfully, “corruption, violence, and poverty” are endemic in those countries, which is why when the Obama administration threw $750 million at those issues in 2015, nothing changed. And, if Border Patrol agents were not so overwhelmed apprehending, processing, caring for, and (usually) releasing nearly 6,000 migrants per day, they would be freed up to go after the traffickers.

Biden should know all this, because he was Obama’s point man on the “root causes” for migration.

“Effectively Managing Our Border”. Biden’s successor in this thankless role is Vice President Kamala Harris, the president’s quasi-border czar. In a cover message to that NSC paper, she lays out the administration’s “vision” to reform the U.S. immigration system “by creating a pathway to citizenship for the nearly 11 million undocumented migrants in our country, modernizing our immigration process, and effectively managing our border”.

Three points are in order. First, nothing in our immigration system requires “reforming”; rather, if the laws were enforced, they would work fine. The reason why there are “nearly 11 million” illegal aliens in the United States is because the last few administrations (including President Trump’s) have failed to enforce the immigration laws as written.

Second, the best way to “modernize” our immigration system is to move away from a legal immigration system focused on family members of citizens and lawful permanent residents (who received about 61 percent of immigrant visas in the recent past) to one that favors foreign workers with skills to grow the U.S. economy. Congress rejected Trump’s proposal to do just that, and it’s not in Biden’s plans.

Third, and most importantly, note how Harris’ reference to the border is phrased — “effectively managing”. That’s not a typo or sloppy drafting.

Rather, the verbiage is intentional, because as DHS Secretary Alejandro Mayorkas explained in May, the Biden administration’s objective isn’t to “sharply reduce the total number of illegal immigrants coming across” the Southwest border. Instead, “the objective of the Biden administration to make sure that we have safe, orderly, and legal pathways for individuals to be able to access our legal system.”

Why has the Biden administration released more than 1.3 million illegal entrants, despite Congress’ directive that they all be detained until they are granted asylum or removed? And why is Biden fighting in federal court to end CDC orders directing the expulsion of all illegal entrants, issued pursuant to Title 42 in the U.S. Code in response to the Covid-19 pandemic, despite DHS warnings that up to 18,000 aliens will cross the U.S.-Mexico line daily, post-Title 42?

Because detaining aliens will deter them from coming (which is also why Biden wants Congress to cut alien detention beds in the FY 2023 budget), and expulsion under Title 42 (also a deterrent, but intended to simply be a public-health measure) prevents them from applying for asylum.

Unlike every prior administration, the current one has not only abandoned deterrence as a border strategy, but it has also tried prosecuting Border Patrol agents who attempted to prevent aliens from entering illegally. Instead, the Biden administration prefers to simply “effectively manage” the illegal flow of migrants into the United States.

The administration is either oblivious or willfully blind to the fact that it’s refusal to deter aliens from entering the United States illegally is creating the most powerful “pull factor” imaginable.

The schools and hospitals are better, the streets are safer, and the wages are significantly higher here than they are in the countries from which those aliens hail, and if the federal government isn’t going to stop migrants from coming, they’ll come — the pull factors are just too strong.

Republican Governors Transporting Migrants. In March, DHS began releasing illegal migrants into small Texas towns miles from the border, including Uvalde and Carrizo Springs. To take some of the pressure off those overwhelmed towns, Texas Governor Greg Abbott (R) announced on April 6 that he would offer released migrants bus rides to Washington, D.C.

Abbott was soon joined in this endeavor by Arizona Governor Doug Ducey (R), and by late July, around 3,500 migrants had been transported to the National Capital area by the two states. That’s when D.C. Mayor Muriel Bowser (D) asked for federal help to deal with her migrant surge.

Around the same time, New York City Mayor Eric Adams (D) sought federal assistance in dealing with migrants in his city, as well. Although Adams blamed NYC’s migrant influx on buses sent by Abbott and Ducey, that apparently wasn’t the case. Adams’ claims, however, quickly encouraged Abbott to send migrants to New York City, too.

Chicago was added to the list of destinations for Abbott’s buses in August, and by October 7, the Texas Tribune reported that more than 10,000 migrants had been sent to the three cities by the Lone Star State.

That does not count 8,800 others the city of El Paso (which is controlled by Democrats) has bused to New York City and Chicago, or 50 migrants flown by Florida Governor Ron DeSantis (R) to Martha’s Vineyard in September.

Magnus. All of which brings me to Magnus, who now complains that the governor’s migrant-transportation scheme is a “pull factor” drawing migrants to the United States. According to the Times:

Magnus said social media is a strong influence, noting that it is enticing “when migrants hear that there are buses that will take them to locations where they are told they will receive benefits and jobs.” Human smugglers use the same information “to further manipulate and mislead migrants,” he said.

Magnus’ assertions about smugglers manipulating and misleading migrants remind me of a quote from President Harry Truman. Attendees at events during his 1948 reelection campaign would shout, “Give ‘em hell, Harry!”, prompting the Missourian to later respond: “I never did give anybody hell. I just told the truth and they thought it was hell.”

The smugglers don’t need to manipulate or mislead would-be migrants about the president’s border policies, or about the welcome that they will receive upon arrival in Washington, NYC, or Chicago, each of which is an “sanctuary city”. They just need to tell the truth. In fact, if Magnus wants to complain about pull factors, he should point the finger at the president and the mayors of those cities for implementing their policies in the first place.

That said, I should cut Magnus some slack given he had little border experience when he became CBP director, as I explained back in March.

He likely doesn’t know deterrence used to be a bipartisan border strategy. In fact, an August 2014 Obama press release trumpeted the fact that ICE had “opened facilities in Artesia, NM and Karnes County Residential Center in Texas to detain and expedite the removal of adults with children” and had “repatriated a number of recently-apprehended Central American adults with children who were held at the Artesia detention facility”.

The Biden administration stopped even detaining — let alone “repatriating” — aliens in such “family units” (FMUs) in December, and asked Congress to zero out funding for FMU detention in its latest budget. Those are big pull factors, and at least part of the reason Magnus’ agents apprehended more than 438,000 aliens in FMUs in the first 11 months of FY 2022.

At least Magnus has finally admitted that there are pull factors drawing foreign nationals to enter the United States illegally. That’s more than his White House bosses — whose no-deterrence border policies are collectively the biggest pull factor of all — have done.