Does Biden want to say, ‘Maybe I should just close the border?’ 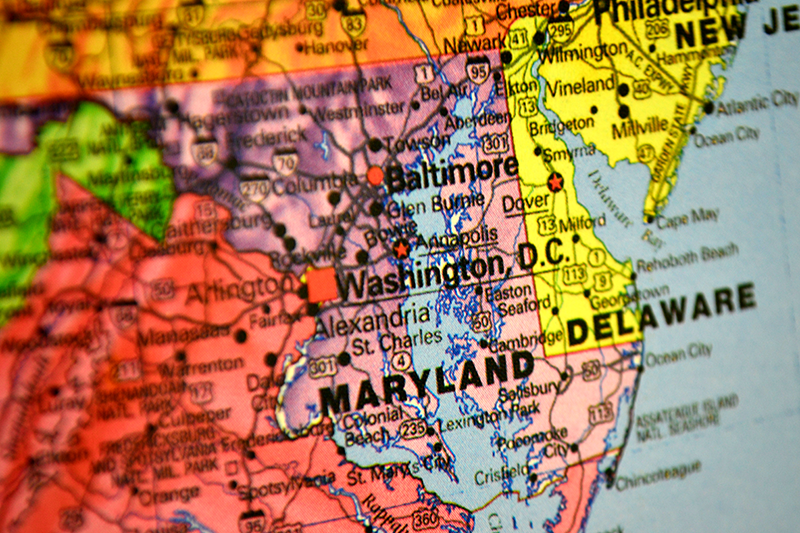 On July 22, the office of D.C. Mayor Muriel Bowser (D) sent a letter to the secretary of Defense, asking for the D.C. National Guard to be activated and the D.C. Armory set up as a processing center to deal with the some 4,000 migrants who have been bused to her city by the Republican governors in the border states of Texas and Arizona. Now that it’s affecting her city, Bowser understands that there is a “humanitarian crisis” at the Southwest border. Perhaps her fellow Democrat, President Joe Biden, should “just close the border” to halt that crisis — but he won’t, because he doesn’t see it that way.

The Border-to-D.C. Express. In early April, Texas Governor Greg Abbott (R) announced he would begin busing illegal entrants released by DHS in the Lone Star State to Washington. Abbott explained that such transport would alleviate the burdens that DHS’s immigrant releases have imposed on small towns in his state.

Approximately 3,500 migrants have accepted Abbott’s offer of state-funded bus rides to our Nation’s Capital, inspiring Arizona Governor Doug Ducey (R) to begin a similar program to send migrants from his state there on this border-to-D.C. express. Between the two, more than 100 buses have made their way to the city’s Union Station — which sits blocks from Capitol Hill.

There, they are greeted by immigrant advocates from D.C.’s Central American Resource Center, a local NGO. The deputy director of America’s Voice — a different immigrant advocacy group — has lauded the states’ efforts with some backhanded compliments:

Fortunately, here in Washington, D.C., a coalition of community organizations demonstrate the “American can do” attitude that we should embrace. ... They have welcomed those escaping violence and political persecution and have helped these asylum-seekers continue their journeys to reunite with their families. By putting refugees on buses to D.C., Abbott wanted to show chaos and distrust; instead, he is now seeing a community coming together to help those in need.

Bowser, for her part, is not so cheerful, deriding Abbott’s and Ducey’s programs as “cruel political gamesmanship” that “must be dealt with at the federal level”.

She likely has a better sense of the District’s “can do attitude” than America’s Voice, but note that Bowser demanded that then-President Trump withdraw National Guard troops and federal officers sent to the city in response to the George Floyd “protests” that gripped the city in late spring, 2020, contending: “We are well equipped to handle large demonstrations and First Amendment activities."

Just not thousands of migrants. That requires federal assistance — and the National Guard.

Gotham’s Complaints. Of course, Bowser is not the only big-city mayor looking for federal handouts to deal with a newly discovered migrant problem blamed on the border states. She joins the recently elected Mayor of New York, Eric Adams (D).

As the New York Times reported on July 25:

Early last week, Mayor Eric Adams called for federal assistance to help with what he said was a flood of 2,800 asylum seekers who were making it difficult for New York City to fulfill its legal obligation to provide housing to those in need, known as the right to shelter.

Mr. Adams said the influx was partly caused by migrant families “arriving on buses sent by the Texas and Arizona governments.”

There are four things to keep in mind when weighing Mayor Adams’ plaints.

First, New York City has 8.8 million residents, meaning that those 2,800 “asylum seekers” represent .03 percent of Gotham’s burgeoning population. That would be like 11 new migrants showing up in Del Rio, Texas (population: 34,489), over a period of weeks.

In the month of June alone, however, Border Patrol agents in the Del Rio Sector apprehended 45,225 illegal entrants — a rate of 1,507.5 per day or more in two days than NYC is handling, total.

Second, on July 20, New York’s shelter system was home to more than 48,600 people — 17.35 times the number of migrants Adams is complaining about. Those new migrants likely don’t help the problem, but they are not helping things in Del Rio, either.

Third, most of those migrants are likely headed either to one of New York City’s five boroughs or their immediate environs, where they likely have families who can help them. An April 2019 Washington Post “snapshot” of migrant destinations showed high concentrations headed there, and the newest ones did not accept a ride to the city if their ultimate destinations were in Florida or the Carolinas.

Fourth, NYC has long been a “sanctuary city” that ignores ICE detainers and shelters removable aliens. In fact, the city passed a law allowing aliens with employment authorization (which includes aliens who have been paroled into the United States) to vote, with Adams’ assent back in January. While that law is on hold for now, Adams should be careful, because he could be alienating his new constituents.

The sanctuary and voting laws are magnets drawing aliens to the Big Apple, because they send a clear signal that — regardless of their legal status — foreign nationals are welcome to go there. Adams looks like either a rube or a hypocrite (or both) when he complains about their arrival.

Simply put, those migrants may be a headache to Adams, but it is more “ice cream” than “migraine”. Perhaps they will be a wake-up call to already woke politicians in “the City that Never Sleeps”, but it is likely just an attempted cash-grab on Adams’ part — and a parochial and unseemly one at that.

The Asylum Seeker Canard. Note that the Times and/or Adams referred to the migrants sent to that city as “asylum seekers”. Even the White House implicitly admits that is a canard.

Doocy: The DC mayor sent the White House a letter asking for National Guard help with migrants who have been bused here from Texas and Arizona. Is the president going to going to approve that request?

Jean-Pierre: So, as to your question about the National Guard, I refer you to the Department of Defense. They will have that answer for you. We have been in regular touch with Mayor Bowser and her team.

And I said this before, I said this last week, about Republicans using migrants as a political tool. And that is shameful and that is just wrong. There is a process in place for managing migrants at the border; this is not it, what they’re doing currently. That includes expelling migrants as required by court order under Title 42, transferring them to ICE custody, or placing them in the care of local NGOs as they await further processing. And so, what Republicans are doing, the way that they are meddling in the process and using migrants as a political pawn is just wrong.

Doocy: So, the White House’s preference would be for small towns in Texas and Arizona to have to take care of these migrants rather than a large metropolitan area like Washington, DC?

Doocy: That is what you said.

Doocy: And they all go to big cities, where should they go?

Jean-Pierre: There is a process. I just laid it out. There’s a process.

Doocy: There’s a process. They’re coming to a big city and now the mayor says she needs the National Guard?

Jean-Pierre: That’s because Republicans are using, they’re using migrants who are coming here for — who knows? Because they’re dealing with humanitarian issues back in their own country. They’re coming for a better life, and they are being used, Peter, they’re being used by Republican governors, that is what’s happening.

Doocy: Does any of this make the president just want to say, “This is causing a lot of burdens on small cities, big cities, maybe I should just close the border”?

It’s a shame Jean-Pierre didn’t answer Doocy’s last question — though in context, she likely didn’t have to. Biden has no plans — let alone any intent — to “just close the border”. His administration’s main goal at the border is to facilitate migrants’ asylum applications and expedite their work permits, as I have explained before.

Unlike Bowser and Adams, Biden does not believe illegal migration is triggering a “humanitarian crisis”, or that the United States has a “migrant problem”, though his White House (somewhat incongruously) does believe that Abbott and Ducey are “shamefully” using the migrants DHS has dumped in their states as a “political tool”/”political pawn”/”political ploy”, proving once again that “all politics is local” — at least when the migrants show up in your town.

Returning to the point, notice how Jean-Pierre characterized those migrants in her response. Even the White House press secretary admits that the administration has not screened those aliens for asylum claims before releasing them into the United States, and really has no idea why they are coming.

With due respect to her and the president, “coming for a better life” is not a basis for admission. The rule is that all foreign nationals seeking entry must have visas or other permission to enter the country or they don’t get to come in. Asylum is the narrow exception to that rule, but even it is being waived for these migrants.

My life would likely be much better if I were immune from property taxes and if I had my neighbor’s lake house and pickup truck. That does not give me grounds to evade my taxes or to seize that property. The rules that apply to the individual conduct of Americans, however, are inapplicable to illegal migrants coming to our common home, at least in the administration’s surmise.

Why It Matters. Wrapping it all together, here is why all that matters: The Southwest border is hundreds of miles away from the capital, and thus our representatives can largely turn a blind eye to the hardships, costs, and privations that the “humanitarian crisis” there is imposing on border towns in Texas and Arizona.

The administration is particularly able to ignore the burdens of our fellow Americans who were not cosmopolitan enough to relocate to D.C. and New York and shine them on with the smug and self-satisfied (but erroneous) belief that “we” are helping people who are, again, “coming for a better life” — at little cost to “us”.

Abbott and Ducey, however, are sharing just a very small taste of those border-town problems with two big cities. Not a big dollop, just a soupçon. Like toddlers being fed broccoli rabe, Bowser and Adams are squinching up their faces and turning their heads away, looking to the federal government for a sippy cup of Hi-C to get rid of the bitter flavor left by the border migrants arriving in their towns.

For all its faux-indignity, Jean-Pierre’s response was not serious, but then she is representing a White House that is not serious about the “humanitarian crisis” at the border, either. That said, Biden can ignore the pleas of a handful of border residents, who are increasingly unlikely to vote for him or his party anyway.

The president cannot so easily duck complaints coming from deep blue D.C. or NYC, which is why Abbott and Ducey are sending released migrants there. A “political ploy” is a trick the other party successfully pulls. That said, the next time Bowser and Adams laud their cities’ “progressive” immigrant policies, they should remember how bitter just a taste of the border was.

“Shameful” is in the eye of the beholder, and when it comes to the administration’s border policies, there is a lot of shame to go around.