Unrest in the Rio Grande Valley

We returned to South Texas earlier this year for the seventh Center for Immigration Studies border tour. It had been five years since we last visited the region and in that time much has changed in Washington. The election of Donald Trump ushered in an administration determined to regain control of the southern border. In the waning years of the Obama administration, hundreds of thousands of aliens crossed illegally through the Rio Grande Valley and were resettled to various parts of the country. The influx declined abruptly as President Trump took office. Campaign rhetoric was enough to deter would-be crossers and subsequent policy changes brought relative stability to the region. But the calm was short-lived. The number of apprehensions along the southwest border had tripled since March 2017. More than 150,000 illegal border-crossers have been apprehended in the Rio Grande Valley alone since President Trump took office.

Only two roads run north from the Valley. Both have checkpoints that are located more than 70 miles from the border. The busier road, Highway 281, runs through the checkpoint at Falfurrias, which was upgraded in 2002 and is currently undergoing another renovation to double the size of its operations. According to Customs and Border Protection, Falfurrias is the most trafficked inland checkpoint in the country and is situated in the heaviest area of alien and narcotic traffic. The agents essentially conduct brief traffic stops 24 hours a day, seven days a week, on every vehicle that passes through. The work is stressful. There is pressure to pass the vehicles quickly and agents routinely encounter criminal activity. It is their job to interdict tractor trailers packed with migrants that are headed for San Antonio, another 160 miles north. Stopping them relieves the passengers from stifling conditions that lead to dehydration or, in some cases, suffocation.

The checkpoints serve as a second border. That reality is not lost on residents living south of them. A border sheriff told us that the checkpoints are there because the federal government has failed to secure the actual border, causing a host of problems that have gotten progressively worse with the growth of human and drug smuggling cartels. Every day people from all over the world are moved in and out of stash houses that exist on both sides of the border. This is accompanied by a range of criminal activity occurring just under the surface of civil society. Everyone is aware of the problem. The sheriff says he deals with border-related crime on a daily basis. Just a few days earlier he was eating in a restaurant when a young woman approached him to seek help escaping a sex smuggling ring. 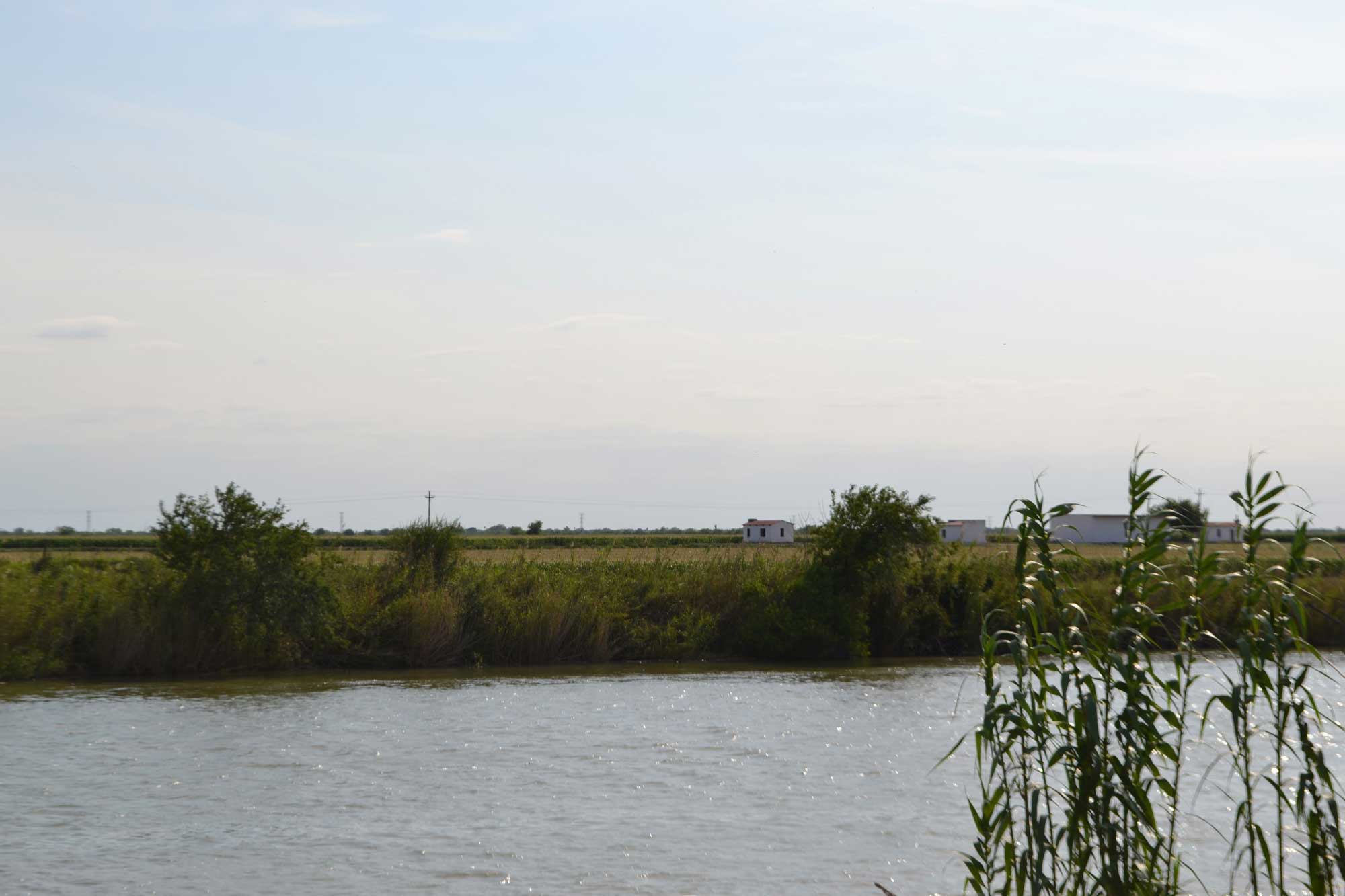 View across the Rio Grande near Abram

The ranchers and growers whose land is along the border must take extra precautions. We met with a citrus farmer who no longer ventures out on parts of his property after dark. Aliens cross the river and head north through the groves, despite some fencing and an active Border Patrol presence. Shortly after we visited with him, a group was apprehended where we had been standing. Downriver, a produce grower explained to us how smugglers will send groups of aliens across as a diversion to move their drug loads. He said the smugglers study the topography and the habits of the locals. They watch everything and will send people and drugs across during school and work rush hours to avoid detection. His workers are routinely harassed and recruited by the cartels. Smugglers once hijacked one of his tractors and loaded it with narcotics disguised as produce. After getting discovered, they tried to outrun authorities in the plodding vehicle. The grower, who was born and raised in the Valley, reminisced about playing by the river as a child, but now he only visits those spots armed. Authorities have warned him to wear a bullet-proof vest. 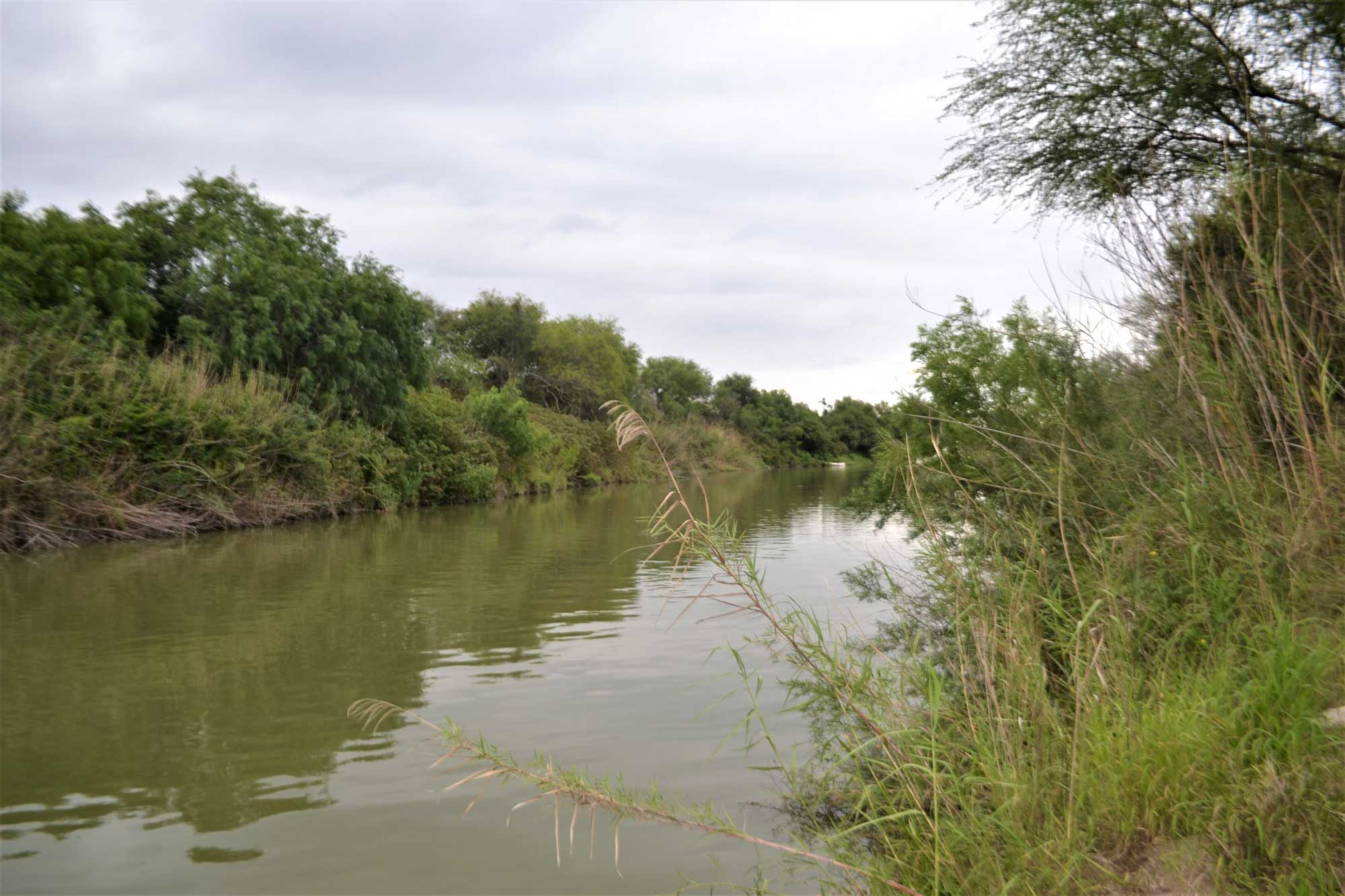 A prominent ranching family explained to us that border incursions are part of life in the Valley. They shared accounts of cartel activity and estimates of the number of aliens passing through that were so shocking they were difficult to believe. But they told the stories with a stoicism that comes from deep ties to the region and an appreciation for its history and culture. They do not like what is happening, but have no intention of leaving. And they are doing what they can to change the situation. Somewhat surprisingly, they were critical of the Border Patrol, because inexperienced agents have sometimes damaged their fields and fencing. We heard this complaint from ranchers on previous trips and the context was the same: Federal agencies are the farthest removed from the problems and typically the least knowledgeable on how to handle them. This goes for policymakers too. The family pointed out how absurd those who push for gun control measures look to folks in their situation. Farther north, near Falfurrias, we were told by the Border Patrol that they have a working relationship with land owners, who have organized volunteer groups that assist in apprehending and sometimes saving the lives of those who have made it through miles of sandy, unforgiving terrain and extreme heat. 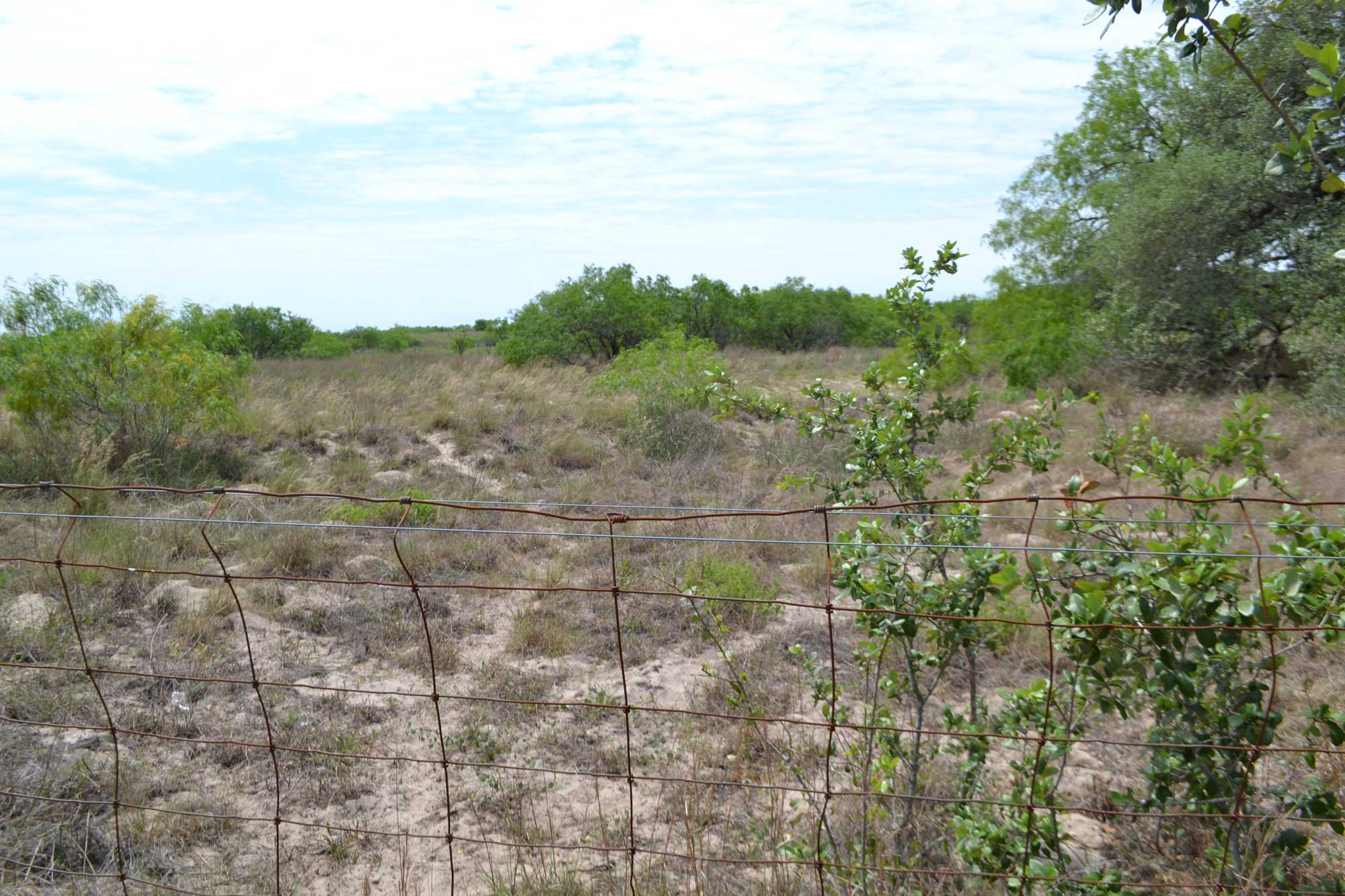 We got candor in our meeting with Border Patrol agents, who acknowledged that the Valley is "very vulnerable". The sector accounts for around 45 percent of all border apprehensions and most of the aliens come from countries other than Mexico, including many terrorist-sponsoring nations. The exotic influx from all over the world explains the need for smuggling organizations and this professionalization of illegal immigration is part of the reason for the escalating crime and violence. We were told that the cartels can make as much or more money smuggling aliens as they can smuggling narcotics. And there is no shortage of people from all over the world who want to get into the United States. Like the drug loads, these people are simply commodities to the smugglers, although they are more expendable since they pay in advance. The aliens are subjected to brutal, inhuman conditions. Many have suffocated in trailers or have been left to die in the desert. Some get abducted. It is estimated that eight out of every 10 females are raped. These atrocities, unimaginable to most Americans, are happening all of the time along the border.

The Border Patrol is charged with the herculean task of stopping this illicit flow of people and drugs. Sometimes apprehension is the difference between life and death for severely dehydrated and abused migrants. But the Border Patrol cannot catch everyone and the flow never stops. An agent described the situation to us as a high stakes game of cat and mouse. Every day, he said, criminals cross. The unique geography of the region makes the situation more difficult. The Rio Grande cuts a serpentine path, creating secluded areas of thick vegetation that are largely uninhabited and inaccessible. Even with a border fence that spanned the entire river, these isolated areas would still need to be patrolled. And unlike the bilateral cooperation that exists on the northern border, agents get little or no assistance from Mexico. Understanding the seriousness of the situation, the state of Texas has spent more than $3 billion on border security since 2013 and the state continues to devote considerable money and resources into enforcement efforts. Last summer, the federal government allocated an additional $2.3 million for Operation Secure Texas, a coordinated initiative with the state's Department of Public Safety and the National Guard. 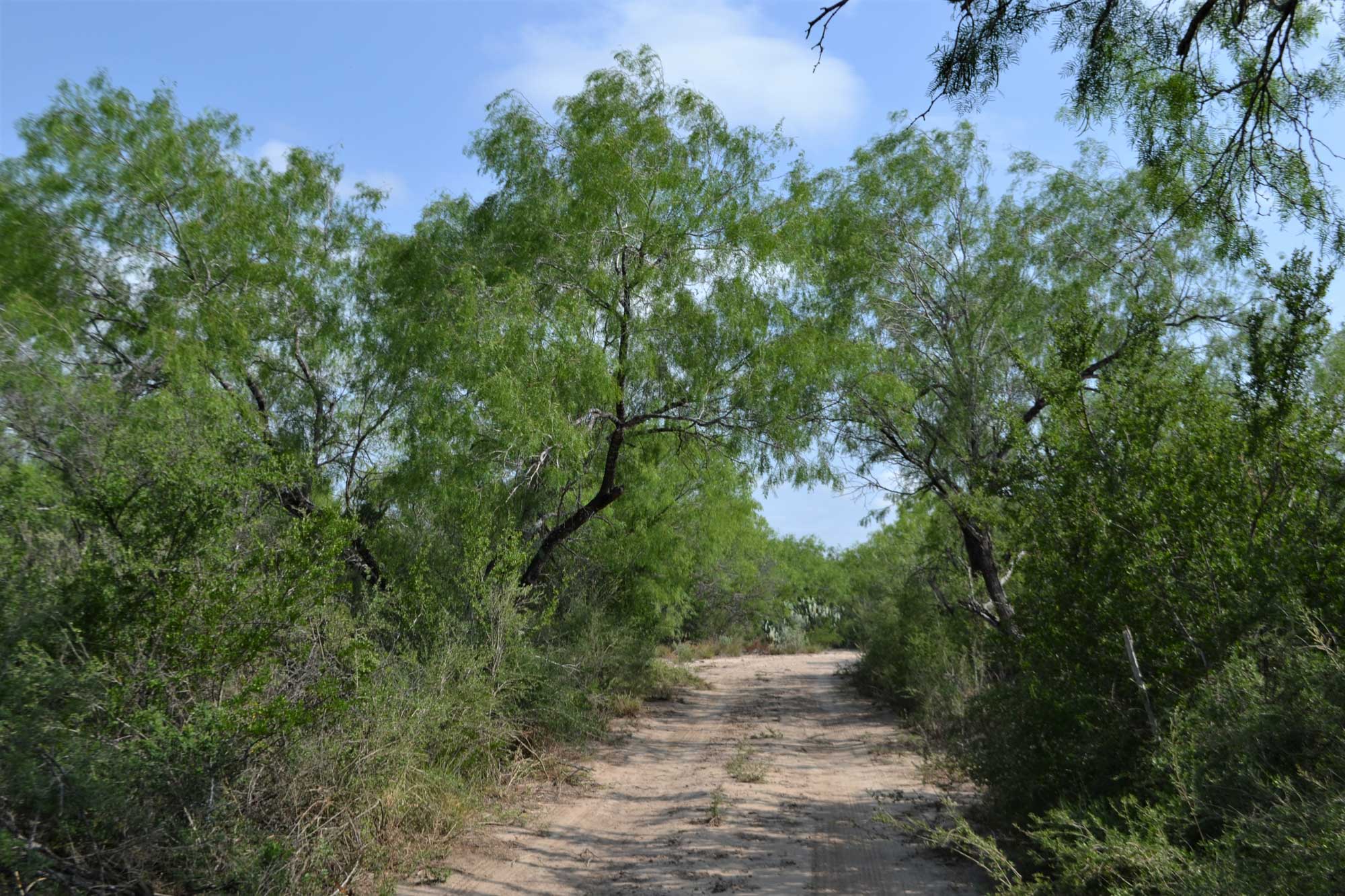 Securing the border remains a priority for President Trump. His administration immediately began work on new border infrastructure and revived task forces to combat smuggling, gangs, and other transnational crime. Immigration judges were sent to the border to expedite asylum hearings and National Guard units were deployed to serve in auxiliary roles to the Border Patrol. Their ongoing efforts to end "catch and release" (the policy of releasing detainees as they await a court hearing they have no intention of attending) set off media hysteria when it was learned that migrant children were being separated from their parents. It made no difference that more than 80 percent of the children were not with their parents and were being separated from smugglers, or that the children were put into the custody of Health and Human Services, to be delivered to family members already living in the United States, per a Clinton-era court settlement that drove the influx in the first place. None of the facts mattered. The image of forcibly taking children from their parents was used as propaganda against enforcement, which is seen by a growing faction as illegitimate, regardless of context.

Political theorists have argued that national borders are simply another constraint on the sovereignty of the individual and that it is the natural progression of liberal democracy to eliminate such constraints. This view, which had been confined to academic discourse, has made its way into mainstream public opinion in recent years. Just last month, the Economist published a debate on whether people should be free to choose what country they want to live in. A professor from Northwestern cited John Locke and Immanuel Kant to argue that equality should include the right to choose one's place of residence and that "it is time to deliver the final blow to the ancient tolerance of birthright and its exclusions." Believing this requires one to reduce rights to abstract, ideological propositions divorced from their cultural context and to see man as an economic widget. It probably also requires one to live outside of the Rio Grande Valley. Even a local sociology professor who told us that the border wall is just a symbol lamented the fact that she can no longer safely travel south. She blames the violence on the aliens who are coming from places other than Mexico.

Nonetheless, "Abolish ICE!" has become a rallying cry of activists and politicians alike, both here and abroad. Just last month, a 28-year-old political novice defeated 10-term Rep. Joseph Crowley for the Democrat nomination after campaigning on shutting down the enforcement agency. Her victory has fueled an anti-enforcement movement within the party. This goal, which is shared by an increasing number of people in the United States, is also the position of Andres Manuel Lopez Obrador, Mexico's president-elect. In a recent speech, Obrador declared that "soon, very soon, after the victory of our movement, we will defend migrants from all over the American continent and the world who, by necessity, have to leave their towns to look for a [better] life in the United States. It is their human right that we are going to defend." Many Western elites concur with this sentiment.

Facing such fierce political opposition makes the mission of the Border Patrol, and the tasks of those who are working to achieve border security, increasingly difficult. On our tours of the border, we have consistently been impressed with the integrity of immigration officials, who seem dedicated to enforcing the law with fairness and respect. It was no different on this trip, which included a visit to the Port Isabel detention center where we met detainees, toured the facilities, and talked extensively with those in charge. On site are physical and mental health services that include doctors, dentists, and psychologists. Many of the detainees have tuberculosis and are treated with antibiotics. If they are deported, they are sent home with a full supply of medicine. There is a law library, a worship center, recreational areas, even a movie room. The money and resources that the United States devotes to caring for those who enter the country illegally, some of whom are terrorists and gang members, may have no international comparison. But this is irrelevant to those who want to erase the border. They object not only to the way that the immigration agencies enforce the law, they object to the law itself. Such opposition is even more daunting than the never-ending stream of border-crossers entering from the south.