Report from the Rio Grande Valley

The Center recently completed its tenth border tour, exploring the Rio Grande Valley from Roma to Boca Chica. The trip was in late April, a month that saw more than 1.2 million illegal aliens apprehended along the southern border, the highest number ever recorded.

As my colleagues have detailed extensively, the influx at the border has grown into a crisis due to a series of decisions made by the Biden administration. Nearly all interior deportations have been suspended and more than three-quarters of a million illegal aliens have been released into the country. Since the campaign, Biden and his handlers have sent the message to would-be migrants that their entry into the United States would be largely unimpeded. Without the consent of Congress or respect to the laws on the books, they are making good on that rhetoric.

They have facilitated this flow of border-crossers while keeping the border security infrastructure largely in place. Yes, the creation of new fencing was stopped on inauguration, leaving piles of costly building materials to rot in the desert. But the Border Patrol and its support system remain. It’s just that its mission has changed. Key enforcement measures have been curtailed and, as Mark Krikorian points out, the administration has shifted from a strategy of deterring crossers to a focus on rapidly processing and resettling them as asylum seekers.

This emphasis on efficient processing has kept a semblance of order amidst the record-breaking surge. As of late April, we were told by Chris Cabrera, spokesman for the National Border Patrol Council, that the area in and around McAllen was averaging about a thousand illegal crossings a day. This is actually fewer crossings than are occurring up-river near Eagle Pass. While these numbers may grow even larger if the administration is permitted by the courts to lift Title 42, a public health order invoked during the pandemic that allowed for quick expulsions, they have yet to result in chaos, as most residents of the lower Rio Grande Valley are still able to live their lives with minimal disruption. 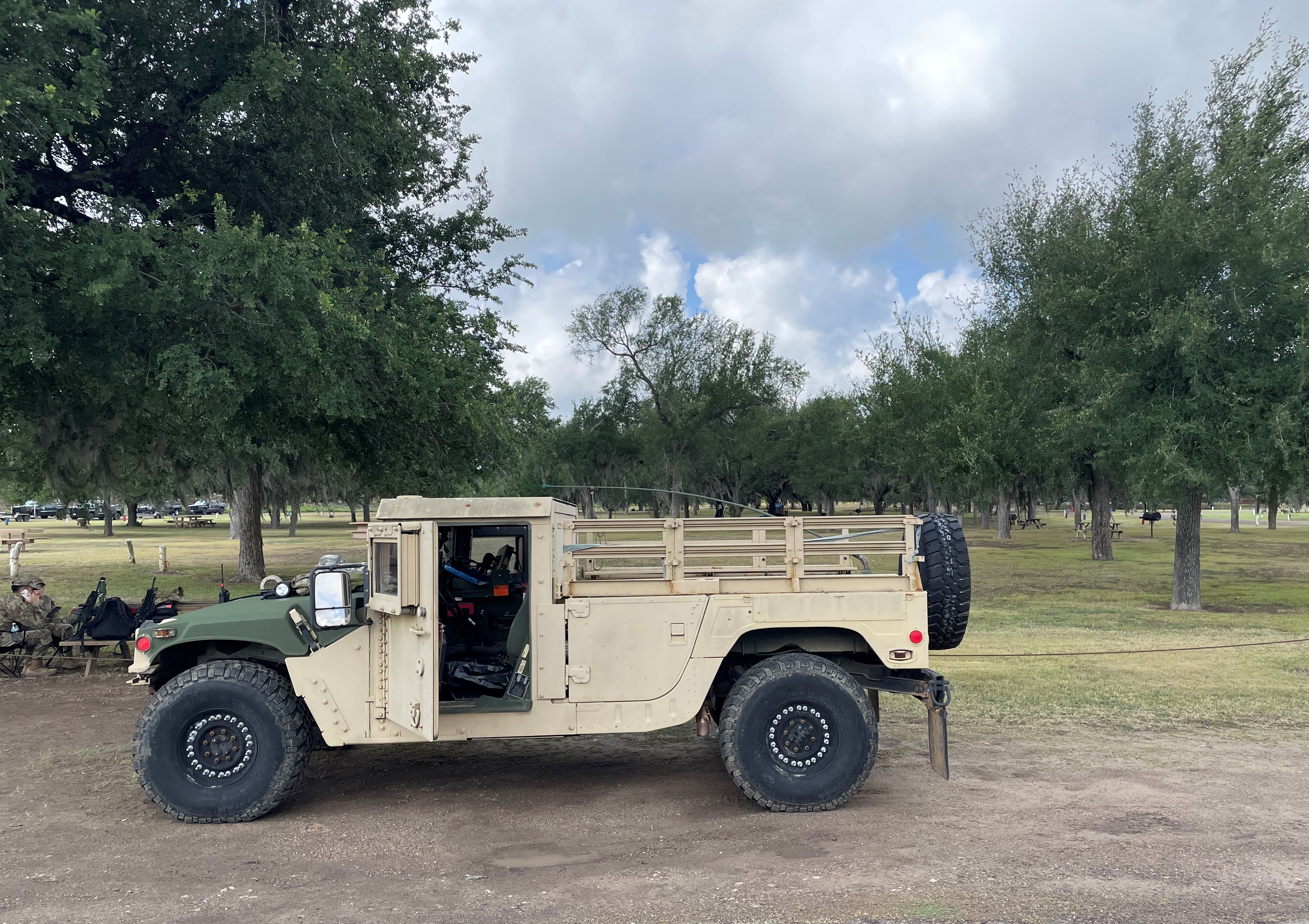 That said, just processing the growing border surge is a major operation that has stretched the Border Patrol beyond its capacity. In response, National Guard forces from Texas and other states have been deployed throughout the region as auxiliary units. There are so many soldiers being housed in local hotels it is difficult to find a vacancy. In Brownsville, we could not find a block of 12 rooms together, despite looking months in advance. We separated into two hotels, both of which were filled with guardsmen. In my hotel, I inadvertently walked into a tactical meeting being held in the lobby.

Our hotel in McAllen had a plaque that provided detail into the establishment’s early history. In 1916, after cross-border bandits caused a disturbance, 12,000 soldiers were sent to the developing town to restore law and order. The presence of the soldiers began a business boom that lead to the creation of the hotel. The irony, of course, was that during our stay, that hotel was filled with National Guardsmen who have been sent to the border to restore order. 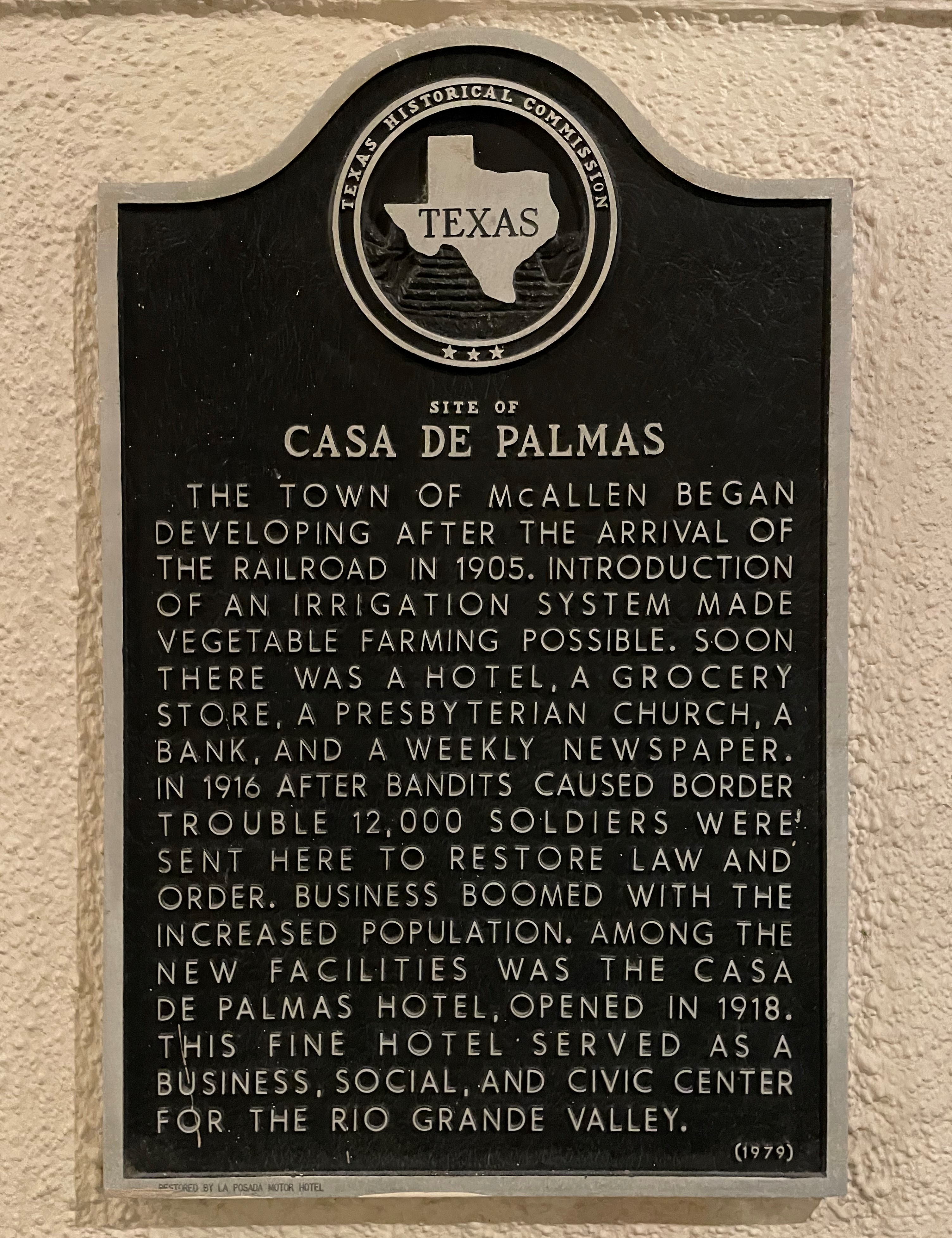 A few blocks from the McAllen hotel sits the Humanitarian Respite Center run by Sister Norma Pimentel of the local branch of Catholic Charities. Sister Norma, who graciously gave us a tour of the facility that was once a night club, has become somewhat of a celebrity as a result of her ministry to migrants and her charismatic personality. She now travels around the country to meet with various groups and give speeches. Just prior to our arrival in McAllen, she recorded a segment for CBS’s “Face the Nation” and just after our visit she was headed to Washington, D.C., to deliver a commencement address at Georgetown University. Sister Norma is careful to stay out of the immigration policymaking process and the ugly politics that accompanies it. Her role, as she sees it, is to provide food, shelter, and assistance to migrants who have already made it as far as McAllen and are simply passing through to places all over the United States. Listening to her, most of our group discerned an authenticity as she strives to fulfill the church’s work of charity in the world.

And yet, it was difficult to leave the respite center without the sense that it, too, like our federal government, is helping to facilitate illegal immigration and enrich the smuggling cartels. Since 2014, the center has processed around 200,000 migrants. On the day we visited, it was nowhere near its capacity of 1,200 but was still bustling with people from all over the world, who sat shoulder-to-shoulder as they made plans for the next legs of their journeys. Toward the back of the facility, construction was underway to expand operations with a bigger kitchen and more living space, perhaps in response to the Biden border surge that is expected to intensify.

The respite center attracts a lot of attention and volunteers because its work is sexy. Assisting vulnerable migrants fleeing much poorer countries is often more appealing, and may even feel more virtuous, than assisting vulnerable fellow citizens. It makes no difference if the migrants coming from those poorer countries are the middle and upper classes. Sister Norma says she gets a lot of American college student volunteers who fly in from all over the country. Sometimes she gets more volunteers than she can use so she sends them to help in the local colonias — the impoverished housing developments along the border that lack basic necessities. The blocks around the respite center appeared depressed, with homeless people sleeping under storefronts.

To the east and west of McAllen, the Rio Grande forms a winding border with Mexico, carving out little swaths of land along its serpentine path to the Gulf. We traveled up river with a recently retired Border Patrol agent, who pointed out inconspicuous homes and businesses that are used to smuggle people and drugs. He told us that the area is difficult to patrol because, unlike the open desert, there are numerous places for migrants to conceal themselves. Their vanishing point, as agents call it, is only seconds to minutes. 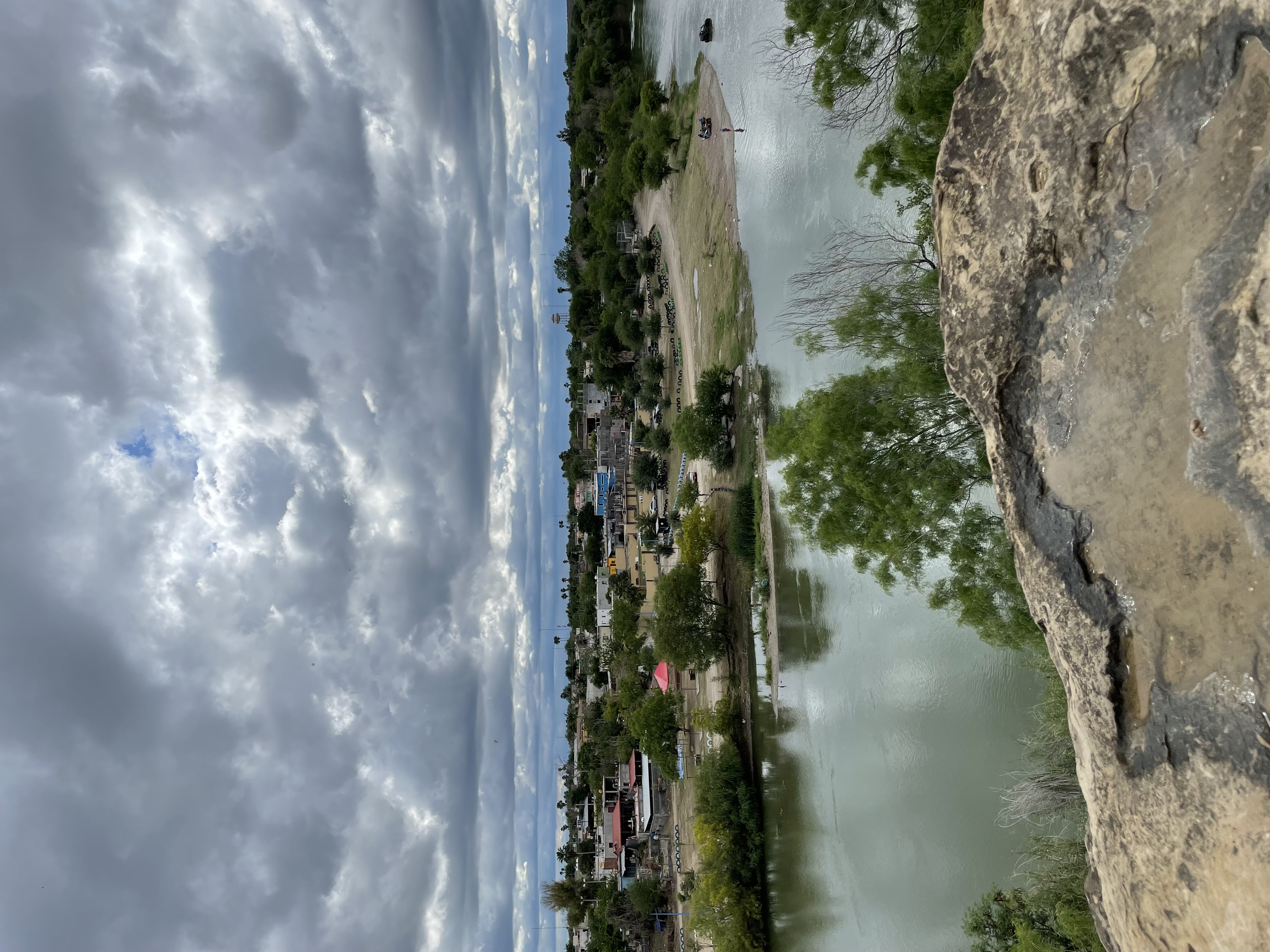 And despite the Biden administration’s focus on processing border-crossers by rubber-stamping their asylum claims, there are still plenty of crossers who attempt to evade the Border Patrol. The ones who choose this more treacherous route are more likely to be transporting narcotics, but not always. We were told by the owners of a farm along the river about encounters they have had with migrants over the years, most of whom were desperate for food and water. We heard similar stories from a resident who lives in the southernmost part of Texas, east of Brownsville. Several miles to the northwest in Hidalgo County, we visited a ranch and walked through the sandy, scrubby terrain that becomes unforgiving in the summer heat. It is there, and farther north in Brooks County, where most of the bodies are found.

These tragedies do not occur at random. They are the result of an illegal immigration process that is orchestrated by smuggling cartels and is being facilitated by the current administration. “Today’s mainstream Left”, as Mark Krikorian explains, “does not believe that the American people have the right to keep anyone out.” Erasing our borders, however, is politically and realistically untenable. So they maintain a border infrastructure while gutting every effective enforcement policy. And everyone suffers.

The futility of the administration’s position was again highlighted by my conversation with an Egyptian cab driver on my way home from the airport. He told me his story and I told him about my trip to the border. After asking me for a solution, he grew animated and declared, “You will never stop people from coming!” Years of Center research shows that this is simply not true, that migrants respond to incentives and disincentives like everyone else and that the previous administration significantly reduced illegal immigration and the accompanying deaths on the border. But instead of saying any of that, I just asked him how many of the world’s 7.7 billion he thought we could accommodate. He resignedly nodded and threw up his hands. This is essentially the position of the current administration, whose officials pay lip service to enforcement while working to process everyone through.