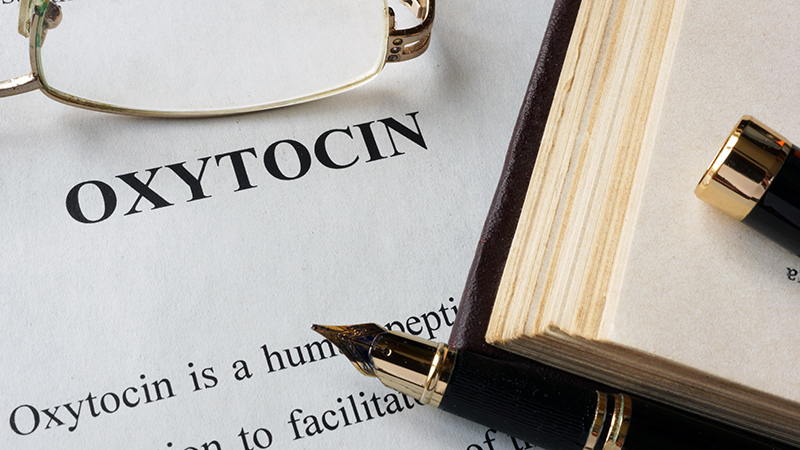 A recent paper published in the Proceedings of the National Academy of Sciences details the effects of administering oxytocin, a hormone known to enhance empathy, on subjects believed to hold xenophobic attitudes.

Stop for a minute to consider how many things are disturbing in that sentence.

The study, which was "approved by the Institutional Review Board of the Faculty of Medicine of the University of Bonn" and "carried out in compliance with the latest revision of the Declaration of Helsinki," combined social pressures with nasally administered oxytocin in an effort to alter participants' social behavior. In explaining the reason for the study, the researchers note that the United Nations has recently "emphasized the importance of developing neurobiologically informed strategies for reducing xenophobic, hostile, and discriminatory attitudes." They cite the recent electoral success of European populists who are critical of refugee resettlement as a reason to urgently pursue these neurobiological strategies.

The study consisted of three experiments. In the first, participants were surveyed to assess their prejudice. They were then given 50 euros each and presented with 50 stories of people in need, half of whom were portrayed as refugees and half as natives. The participants were instructed to give a maximum of one euro to each deserving case and to keep any money that was left over. The exercise was conducted in a lecture hall so that concern over one's reputation might increase altruism among the participants. The group gave away 30 percent of their endowment. Those who were deemed to be more prejudiced gave less to refugees. Overall, 19 percent more was given to refugees than to natives. None of the results were found to be influenced by the sex of the participants.

In the second experiment, participants self-administered either a dose of oxytocin or a placebo and then completed the first experiment. (The subjects in this group were all male because of the possible sexual-dimorphic effects oxytocin can produce in females.) This time, however, the participants completed the task in private, free from peer pressure. Subjects under the influence of oxytocin gave 68 percent more to refugees and 81 percent more to natives than the group in the first experiment.

A third experiment repeated the second, with the exception of showing the participants the average contributions that were made in the first experiment before they donated. This had little effect on those who were deemed less prejudiced. But it increased the contributions made to refugees by those who were deemed to be more prejudiced and were under the influence of oxytocin by 74 percent. This result led the researchers to conclude that social pressures coupled with increased levels of oxytocin can foster more altruistic behavior "even in the most selfish and xenophobic individuals."

Understand the rationale driving this research: To question the resettlement of refugees is to be chemically imbalanced. Academics are now devising ways to biologically alter the political and social behavior of their fellow citizens by administering drugs on test subjects.

The authors of this particular study recommend that governments and institutions actively facilitate social interactions that are known to naturally stimulate the production of oxytocin. They cite group activities like singing in a choir. They also recommend that the benefits of "ethnic diversity, religious pluralism, and cultural differentiation" be affirmed and emphasized through "balanced and informed media reporting" and "the integration of refugee themes to the curricula of school and universities." While they do not call for the prescribed or coerced injection of oxytocin on their fellow citizens, they appear to leave open that possibility in an ambiguously worded suggestion toward the end of their paper: "considering OXT-enforced normative incentives in developing future interventions and policy programs intended to reduce outgroup rejection may be an important step toward making the principle of social inclusion a daily reality in our societies."

Here at the Center, we have long understood that immigration has become an immutable value for many in the political establishment. They will sacrifice all of their other political goals in order to maintain the unrestrained movement of peoples. They have abandoned the concerns of labor, minorities, feminists, environmentalists, and conservatives in their ideological devotion to open borders. But until recently, their position was a political one that could be argued and refuted using data and reason. Critics of open borders were not labeled racist for simply holding an opposing view. They certainly were not considered biologically deficient. But when academics and politicians begin to see critics of their agendas in this way, there can be no logical debate. Those who disagree must be fixed. And at a time when all problems are seen through the lens of a materialist worldview, those fixes will be addressed through the latest advances in neuroscience, as the United Nations has advocated.

The researchers of this study praise the parable of the Good Samaritan (Luke 10:25-37) as an ethical maxim that epitomizes the virtue of helping outsiders. Indeed it is. But in praising Jesus's words and acknowledging how influential and beneficial they have been throughout history, they contend that the "social and biological conditions promoting such outgroup-directed altruism have not been determined." In other words, they miss the whole point of the parable, which is its spiritual dimension, to love God with all your heart and to love your neighbor as yourself.

Furthermore, the parable of the Good Samaritan is not a commandment or exhortation to support open borders. Dealing amicably and charitably with one's neighbor is the Christian way to live, no matter who your neighbor happens to be. But that does not mean one must blindly accept the migration of millions of people, the vast majority of whom could be better helped closer to home. Such migration is a modern and unprecedented phenomenon that threatens the stability of the hosting nations. The United Nations estimates that 65 million people have been displaced from the Middle East and Africa in just the past two years. As the researchers themselves state, "Never before have individuals had to adapt to social environments defined by such magnitudes of ethnic diversity and cultural differentiation." It is a phenomenon that is creating "tensions over ethnicity, religion, and culture."

Their solution to this problem is not to question the unprecedented flow, but to come up with "neurobiologically informed strategies" to change the attitudes and behaviors of natives in the receiving countries. Their research advocates cross-group social interaction to foster feelings of generosity and empathy. The problem is that other research, like that of prominent political scientist Robert Putnam, has found that high levels of diversity discourage social interaction. The most diverse societies tend to be the least cooperative and integrated. Ironically, the researchers note how the African-American civil rights movement used the Good Samaritan parable to effect positive social change. Black Americans have been one of the groups most hurt by mass immigration, a policy the authors of the study do not challenge.

Devising "neurobiologically informed strategies" to change political and social behavior is the work of totalitarian regimes. The citizens of free republics and liberal democracies decide for themselves who will be welcomed as newcomers. And there is nothing un-Christian or xenophobic about setting limits.