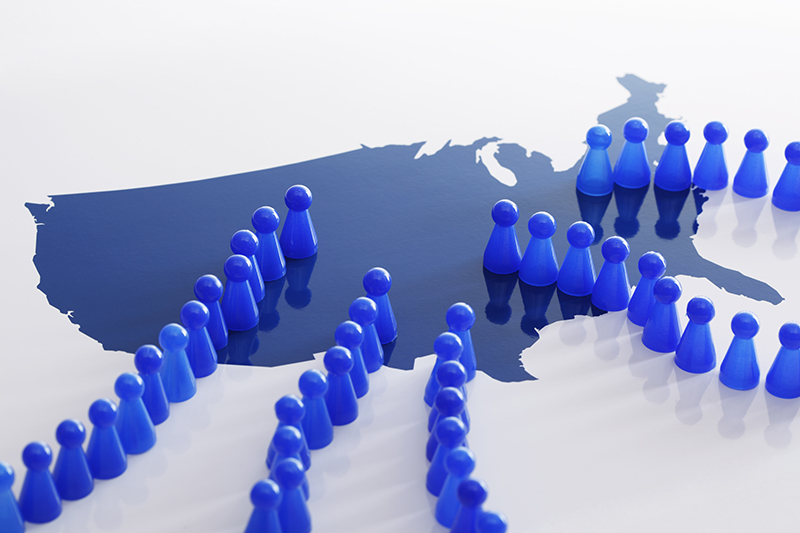 A recent paper published in the Annual Review of Political Science challenges one of the rationales for ongoing high levels of immigration by finding that ethnic diversity damages social trust. This may also help explain some of the politics of immigration.

In a sweeping analysis, Danish professors Peter Thisted Dinesen, Merlin Schaeffer, and Kim Mannemar Sønderskov examine 1,001 estimates from 87 relevant academic studies conducted in a range of countries, including the United States, the United Kingdom, Germany, and Denmark. Across all studies, they find that ethnic diversity has a statistically significant negative relationship on social trust. In other words, trust tends to be lower in more ethnically diverse settings.

Somewhat surprisingly, their meta-analysis concludes that diversity is most damaging to trust among neighbors. Social fragmentation increases the closer and more visible members of different ethnic groups are to one another. This runs counter to the notion that regularly interacting with those who are different from you lowers barriers and facilitates cooperation. In other words, it seems not to be true that diversity, in any amount and in any context, strengthens the bonds of a community.

To test their results, the authors control for mean income or level of unemployment, education or income, crime, and minority status. Taking these variables into account, the adjusted estimates all remain statistically significant. They find that "controlling for socioeconomic disadvantage and related features does not change the overall negative relationship between ethnic diversity and social trust." In other words, "ethnic diversity is not merely a placeholder for individual or contextual disadvantage, but rather an independent predictor of social trust."

Why is integration more of a challenge for neighbors, who share the same spaces and many of the same goals? In seeking to answer this question, the authors cite various work, including Robert Putnam's constrict theory, which is "premised on the idea that ethnic diversity leads to social isolation." There is a natural reluctance or hesitancy to reach out to those who are different and this tendency becomes ingrained in areas with high levels of diversity, where people are regularly confronted with language barriers and cultural differences. Putnam finds that in such settings people "hunker down" and this, in turn, erodes all social trust, toward both people who are different and people who share common backgrounds.

Other scholars have noted that such isolation is compounded by a reduction in the flow of information, which forms the basis of all relationships. Communities become a collection of heterogeneous individuals who live in physical proximity but share very little. For these people, this dynamic often extends beyond their neighborhood because, as the authors point out, "people evaluate the trustworthiness of the generalized other partly based on what they experience locally."

These findings may help explain the politics of immigration. Support for ever-increasing levels of immigration is common among elites, who live in neighborhoods that tend to be ethnically segregated. They may come in contact with people of different backgrounds, but their primary living spaces are largely homogeneous. For them, the challenges of diversity are abstract and may even seem imagined, criticisms animated by racism and xenophobia rather than legitimate concerns over social cohesion. On the other hand, those who experience high levels of diversity firsthand are more skeptical of the level of immigration, which has been at historic highs for some time.

It is critical to understand that skepticism of mass immigration is not always, and probably not usually, driven by hostility toward foreigners. It is a pragmatic response to troubling consequences of the federal immigration program, not the least of which is a decline in social trust that is acutely being felt by many Americans. Their concerns, which have largely been ignored by those in power, formed the basis of the populist movement that elected President Trump, as my colleague Jerry Kammer details in his latest book.

The authors note that ethnic diversity is just one of many factors that have caused a long-term decline in social trust that dates back to the 1960s. While the relationship between diversity and trust is negative across all studies, the overall statistical relationship is relatively modest. This, they point out, implies that apocalyptic claims made about changing demographics are exaggerated. But they add that relatively little attention has been paid to the question of how to mitigate this erosion of trust.

Their conclusion somewhat explains America's immigration story, which is a major part of the nation's history and is largely considered a success. But the modern era of mass immigration has transpired with little forethought, overseen by elites who are insulated from its impact. More attention needs to be paid to conditions on the ground, where the socioeconomic effects are felt and the erosion of trust is found to be three times greater than at the national level.

There are many immigrant success stories just as there are many happily integrated neighborhoods. The key to both is manageable numbers and fostering a sense of a mutual attachment. This is facilitated by social and economic stability. The authors define an ethnic group as "those human groups that entertain a subjective belief in their common descent, which may also entail a shared language, religion, nationality, and phenotype." In America, this belief need not be based exclusively on race or ancestry. In fact, for the nation to work, it must transcend these boundaries.