Government records confirm that very few of the tens of thousands of Central Americans apprehended by the Border Patrol or ICE in recent years have been sent home. These records show that the aspirations of tens of thousands of Central Americans now surging across the border in south Texas have been based on a realistic assessment of their chances to remain in the United States, not on false rumors, as Obama administration officials have asserted. The numbers also show that the number of juveniles deported has declined significantly since 2008.

According to ICE records obtained by the Center for Immigration Studies, from the start of the federal fiscal year on October 1, 2013, to the end of April 2014, ICE took into custody 141,525 migrants who had been apprehended by the Border Patrol and CBP port of entry inspectors. Of these, 33,959 were convicted criminals and 107,566 had no criminal convictions. The number of non-criminals turned over to ICE tracks roughly with the number of other-than-Mexican (OTM) crossers apprehended by the Border Patrol so far in FY 2014, which by early June had reached 126,374 just in the Rio Grande Valley sector in south Texas, which is currently ground zero for the influx of families and unaccompanied minors from Honduras, El Salvador, and Guatemala. 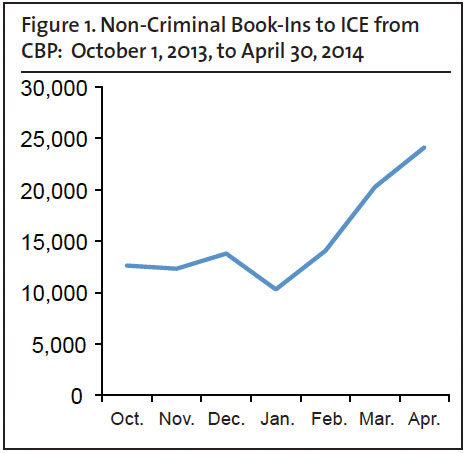 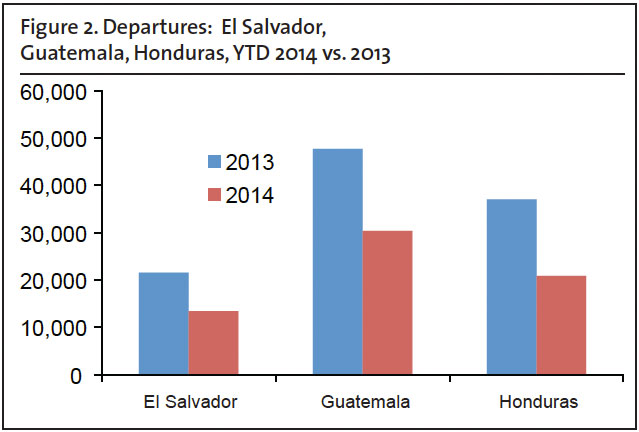 Historical ICE deportation records show a steady decline in the number of youths (under age 18) removed from 2008 to 2013. The number of Central American minors deported declined despite the increased number of minors arriving over the last several years. Ninety-four percent of the Central American minors deported in 2013 were originally arrested by the Border Patrol (not by ICE in the interior). The number of deported youths here refers to any alien aged 17 or younger at the time of deportation. 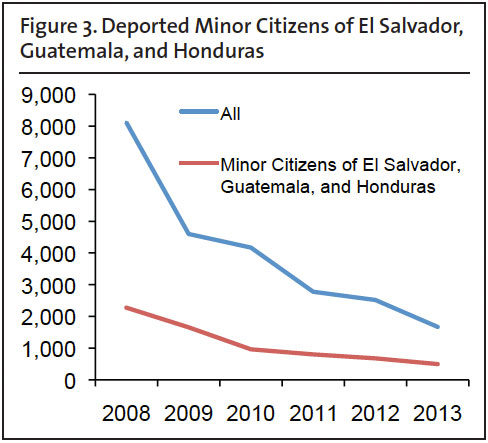 Approximately 10 percent of the minors removed had at least one criminal conviction on their record. These convictions included aggravated assault on a police officer, sexual assault, drug trafficking, robbery, burglary, and weapons offenses.

These statistics are taken from the Weekly Departures and Detention Report prepared by ICE's Statistical Tracking Unit and from a database of ICE deportation records released through a FOIA request.