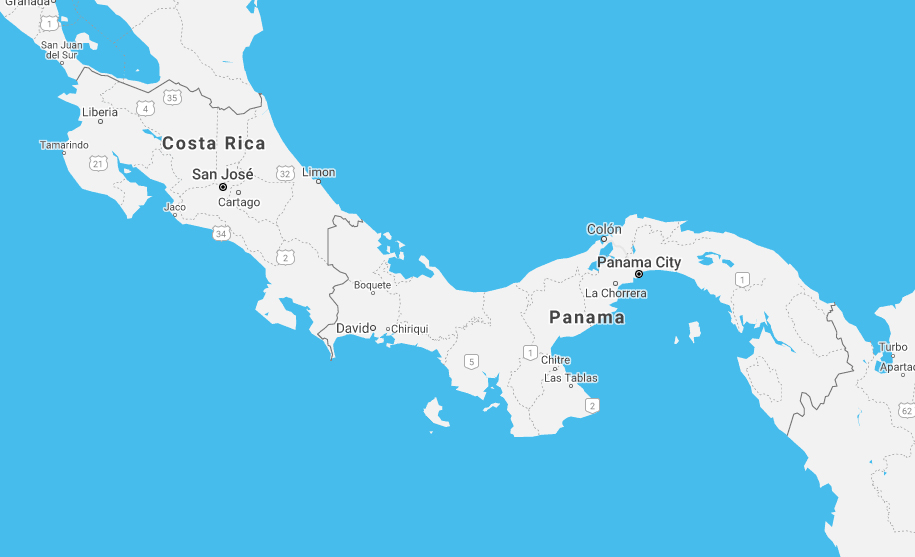 The governments of Panama and Costa Rica have announced a joint plan to allow more than 2,600 U.S.-bound migrants to pass through their countries.

According to authorities, the extra-continental migrant procession is composed of foreign nationals from Africa, Asia, Haiti, and Cuba.

Before enacting the new border policy, the neighboring Central American nations restricted non-citizens from entering their countries to prevent the spread of the COVID-19 coronavirus.

The Costa Rican migration directorate released an official statement explaining why the strategy was agreed upon with Panama:

Upon notification from the Panamanian authorities of the null possibility of containing the migratory flow of the 2,600 extra-continental people who remain in their country, whether by land or sea, the General Directorate of Migration and Foreigners, in conjunction with CNE and the Ministry of Health, has determined to define a specific entry process for these migrants.

Panamanian immigration authorities will escort the thousands of migrants in that country to the Panama-Costa Rica border. From that point, Costa Rican officials will take custody of the aliens and transport them by bus to the Costa Rica-Nicaragua border. Migrants then will be allowed to continue traveling to the United States or Canada.

Costa Rican and Panamanian authorities are expected to screen migrants for symptoms of COVID-19. Foreign nationals will be turned away if they display signs of the disease.

Raquel Vargas, director of the Costa Rica migration directorate, stated the need for a flexible migration policy due to the COVID-19 emergency: "[W]e cannot allow this situation to be repeated, and we must prevent and avoid, through coordination between Costa Rica and Panama, the free transit of migrants through the country.”

Costa Rica and Panama implemented a similar plan in 2016 when Nicaragua closed its southern border to Costa Rica to prevent the entry of thousands of U.S.-bound Africans, Cubans, and Haitians.