Smuggling Deaths: What Is to Blame? 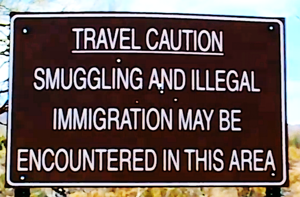 In the wake of the death of 10 illegal aliens Sunday in a truck trailer in San Antonio, enforcement opponents were quick to assign blame. The League of United Latin American Citizens e-mailed a statement within hours calling for amnesty as the way to avoid such tragedies: "It also underscores the urgent need for a comprehensive solution to our country's broken immigration system." Rep. Joaquin Castro said "This represents a symptom of a broken immigration system that Congress, of which I am a part, has had the chance to fix but has not." Similarly, ThinkProgress wrote that "Once Trump's border wall is built, more tragic deaths like this could happen."

Foreigners sometimes take foolish risks to sneak into the United States precisely because we have limits on immigration which we try to enforce. But there are no limits we could impose, no rules regarding immigration that would not exclude scores of millions from coming here who would otherwise want to.

So while LULAC and Rep. Castro are correct in their diagnosis, their proposed solution is inadequate. The most recent attempt at "comprehensive immigration reform," the Gang of Eight bill, for instance, would only have doubled legal immigration to two million a year, and almost doubled guestworker visas. Does anyone think that would satisfy demand for residence in the U.S.? If anything, like all previous increases in immigration, it would have created new cross-border networks that would have stimulated increased desire to move here, and thus increased smuggling and increased likelihood of deaths such as those we saw yesterday.

There is only one way to truly avoid such tragedies – abolish immigration regulation altogether. No numerical caps, no welfare bans, no education requirements, no health checks. I await the Cato Institute white paper making the case for that.

Sanctuary cities entice people to believe they can come to America and Texas and live outside the law. Sanctuary cities also enable human smugglers and cartels. Today, these people paid a terrible price and demonstrate why we need a secure border and legal immigration reform so we can control who enters our country.

Foreigners hear that message loud and clear, which is why they're so willing to pay criminals to smuggle them here.

At least the kooky libertarians who oppose any limits on immigration are being honest. The more conventional supporters of "comprehensive immigration reform" claim to support immigration limits but oppose meaningful enforcement of those limits.