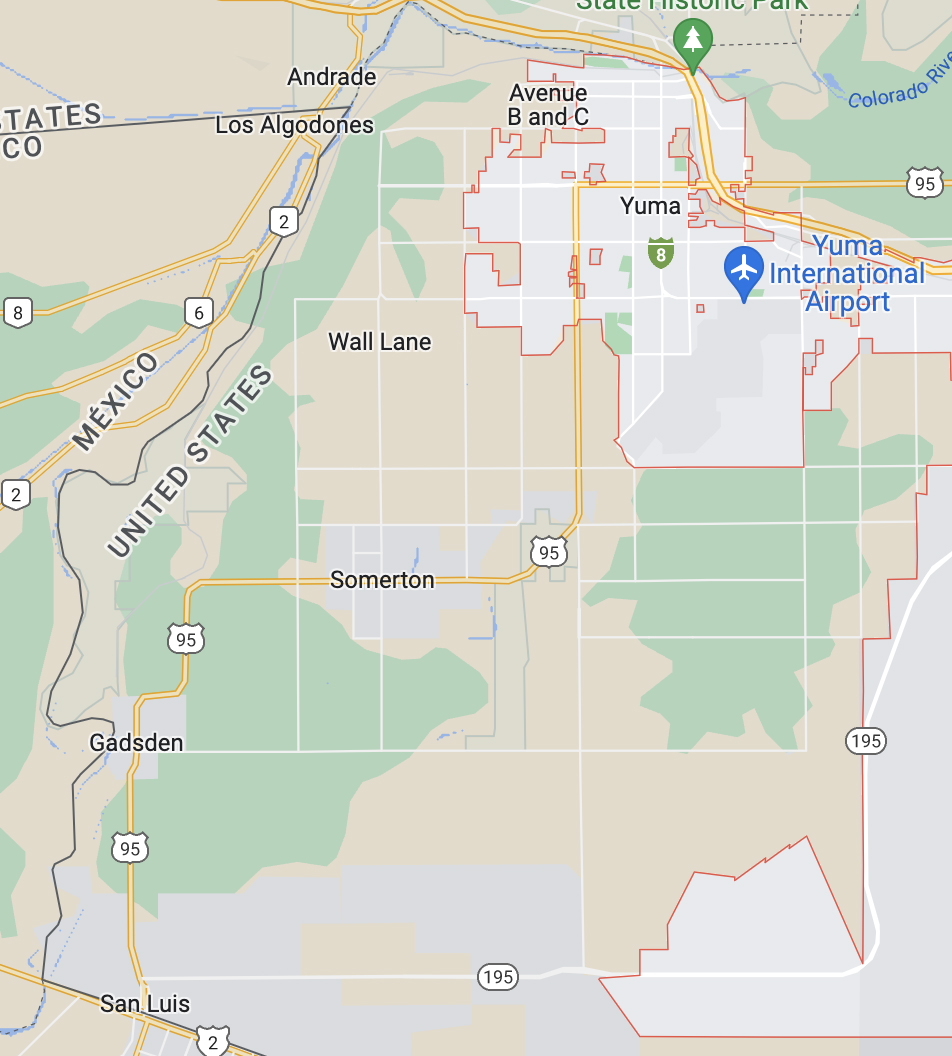 One can define the United States as having four land borders; there's the long, troubling one with Mexico to the south; the longer, trouble-free one to the north, with Canada; and, as geography buffs know, the eastern land border, where Alaska abuts Canada.

My concept of the western border (which is also next to Mexico) is the stretch of 28 miles or so running almost directly south from near Yuma, Ariz., to San Luis, a port of entry, consists of the (depleted) Colorado River, with Arizona to its east and Baja California to its west. (See map.) There are no ports of entry along the river itself.

Why will it become easier to cross in the future? That’s because the U.S. Department of the Interior (a former employer of mine) has ordered the amount of water flowing into that part of the river to be reduced sharply to cope with the ongoing drought in the west. The papers are full of pictures of the low levels of water further upriver in Lakes Mead and Powell.

By the time the Colorado reaches Baja California it is only a shadow of its former self, having been tapped repeatedly to provide water for the cities of Southern California, and for irrigation purposes. From now on, there will be even less of it.

According to the Nevada Independent, Arizona’s use of the Colorado River will be cut by 21 percent, and according to another source, Mexico’s use will be reduced by 7 percent. Thus, the flow of water past Yuma will be cut by more than a quarter, making illegal entries that much easier.