Georgia Legislature Makes It Easier for Illegals to Get Professional Licenses 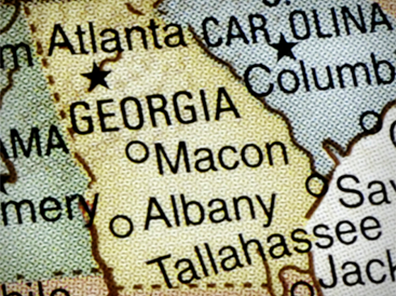 Georgia’s state legislature — unless Gov. Brian Kemp takes corrective action — has made it easier for illegal aliens to get professional licenses in several occupations.

While the actual negative labor market impacts (in terms of numbers) are modest, the symbolism is huge.

Georgia currently has a carefully constructed technique for seeing to it that those illegally present in the U.S. do not get state professional licenses for a large range of regulated occupations, such as professional counselors, social workers, marriage and family therapists, occupational therapists, and speech-language pathologists and audiologists.

Through a sneaky, indirect legislative maneuver, that structure is in danger of being demolished by causing Georgia to enter inter-state compacts on licensing these professions; by signing on to these compacts, the state would lose its current power to deny licenses to illegal aliens. The bills were sold to the legislature, according to immigration activist D.A. King, by stressing some of their other features, such as making it easier for military spouses to practice their professions in Georgia.

In effect, the Georgia legislature has deferred to these highly specialized professional associations the right to regulate who can work in these professions in the State of Georgia. Unfortunately, legislative eyes glazed over as the not-very-stimulating question of who can practice speech-language pathology in the state was discussed.

At the moment, three parallel bills (HB 34, HB 268, and HB 395) have been passed by an inattentive legislature and are on the governor’s desk for signature, veto, or becoming law without his signature. The governor, who supported the earlier statutes on keeping illegal aliens out of these professions, has not made his position clear on the current matter.

The secretary of state, the office administering these licensing procedures, attracted a lot of attention earlier in the year for other reasons.

There is a bit of irony here. For decades, the middle and upper classes in this country have paid little attention to massive flows of illegal aliens into the labor market, on the grounds that all those unskilled workers will not impact their livelihood personally, hence our scanty enforcement of immigration laws.

But now, at least in Georgia, a few illegals will be able to start competing with the professionals. Will the citizen professionals notice?