On immigration as on other issues, there was a clear sense that Scott Walker personified the Groucho Marx line that "Those are my principles, and if you don't like them ... well, I have others." Likewise, Walker simply doesn't know much of anything about issues beyond his experience in Wisconsin, whether immigration or the Ex-Im Bank. 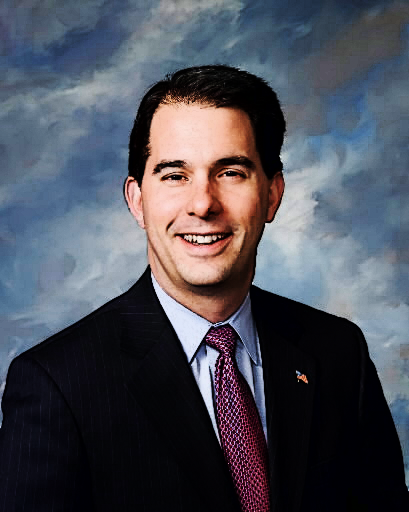 But specifically on legal immigration, I think there was more to it. Some of the post-mortems on Walker's campaign point to his reported skepticism of legal immigration levels as a mark of how much he was willing to pander. WaPo editorial writer Stephen Stromberg wrote that Walker "attempted to cover for previously moderate statements on immigration by clumsily lurching right, even seeming to suggest that there should be fewer legal immigrants." (Emphasis in the original.) Allahpundit at Hot Air wrote that "Walker took a hardline stance too, not just on illegals but on reducing legal immigration to protect American wages," adding the question: "Why did it work for Trump but not for Walker?"

I think part of the reason is that Walker never went through with actually calling for reduced legal immigration. If you're going to pander, follow through. But he merely hinted, repeating a formula he unveiled in April: "a legal immigration system that's based on, first and foremost, on protecting American workers and American wages." In that same interview with Glenn Beck he dropped Senator Sessions's name, reinforcing the impression that he agreed with the nation's leading critic of mass legal immigration.

The unlimited-immigration crowd, both left and right, went bananas, of course. But Walker never went on to specify what, if anything, his formula meant in concrete terms. What elements of the federal immigration program did he propose to curtail? The Visa Lottery? Family chain migration? Or did "protecting American workers and American wages" mean increasing immigration, as Jeb and the Cato crowd maintain? He never said.

My own sense was that Walker and his staff figured that hinting at immigration skepticism would be enough to endear him to the hawks, while avoiding anything concrete that might scare the donors. Sure, he knew nothing about immigration policy, but his ambiguity on legal immigration was a strategic decision. And Trump stomped all over that strategy when he published his concrete immigration policy blueprint.

Walker could have taken full ownership of the immigration issue before Trump even entered the race, limiting the reality-show star's appeal. But hints and winks weren't going to cut it.