More Green Cards Are Always Good for Some, but What About the National Interest? 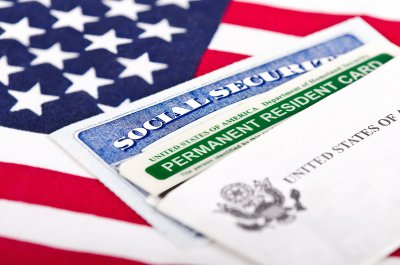 The Trump administration's proposal to cut legal immigration in half has provoked indignant claims that such a move would betray our tradition as a nation of immigrants and bring long-term political costs. On the "PBS News Hour" last Friday, David Brooks of the New York Times, referring to the implications of decades of immigration-fueled demographic change, warned that it would be "ruinous" for the GOP.

Unfortunately, the pundits and political journalists have provided little to inform a national discussion about how many immigrants we should welcome. It's a discussion we need to have. Otherwise, well-intentioned liberals will continue to gravitate toward the politically correct sentiment that since immigration is good, more can only be better. That would put decision-makers in the same awkward position of President Jimmy Carter when he piously suggested that China should allow more people to emigrate. The response of Chinese leader Deng Xiaoping was a polite warning that Carter should be careful what he wished for. "Fine," he said. "How many do you want? Ten million?"

Immigration serves a range of particular interests. Established immigrants are automatically entitled to sponsor relatives, without consideration of their ability to integrate into American labor markets or society. Ethnic activists enjoy a boost in political clout with the arrival of countrymen. Employers savor a looser labor market. Businesses profit from the increased demand for everything from groceries to housing to automobiles. Libertarians and cosmopolitans delight in the elimination of borders. Humanitarians take moral satisfaction in embracing the tempest-tost in our tempestuous world.

And then, of course, there are the politicians who bask in the praise, votes, and campaign contributions of those who benefit from congressional generosity in handing out the world's most coveted document, the U.S. green card.

Oh, how those numbers have risen in recent decades. The climb has been remarkable since the 1965 passage of the legislation that abolished the old national origins system and replaced it with the current system, which is primarily based on family connections. If you tell me whether that endorses family unification or nepotism, you also tell me which side you are on.

Opinion polls have long demonstrated the public's preference for reduced immigration. But public opinion, whatever its numbers, seldom is propelled by the political intensity and organization of the groups that gain from immigration. This situation led Harvard sociologist Christopher Jencks to observe in 2001 that "Congress will not curtail the growth of immigration just because poll data show that the public favors such a change. Immigration will level off only if the political groups that drove it up over the past generation become weaker or if those who want immigration reduced become stronger."

As Jencks and David Brooks indicated, this is a matter of unsentimental calculation of political interest. We have had far too little discussion of what is in the national interest. Advocates of tighter labor markets, reduced demands on the social safety net, a civic breathing-spell in the name of national cohesion, and constraints on population growth have affected public opinion polls but have not mustered much clout in Congress.

Next time we'll consider the time when population growth was an item on the national agenda.