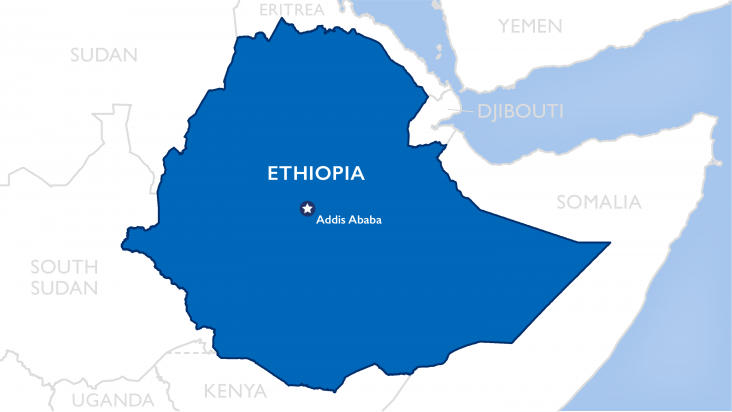 The U.S. Department of Homeland Security announced on October 21, 2022, that it had designated Ethiopia for Temporary Protected Status (“TPS”). DHS cited both violence and the humanitarian crisis resulting in “severe food shortages, flooding, drought, and displacement” as the basis for the designation. Ethiopia has been at war with forces from the northern region of Tigray since November 2020, which has largely has prevented humanitarian aid from reaching many Ethiopians in need.

Federal law limits TPS periods to no longer than 18 months and provides the DHS secretary options to extend or terminate a country’s designation given specific conditions. In order to prevent TPS from encouraging more illegal immigration to the United States, Congress created a “physical presence” requirement to prohibit individuals who enter the United States after the date of their TPS designation from receiving protection.

While it makes sense to not deport people to a country that is experiencing a severe humanitarian crisis, such as a war, DHS has repeatedly abused its authority to prolong such protections. In recent years, DHS has turned TPS into a pseudo-immigrant status that can be expected to be extended indefinitely, long after the conditions that prompted the need for TPS subside. Some TPS designations have been extended so many times that many immigration experts have begun to refer to the program as “amnesty-lite”. Today, there is hardly anything temporary about TPS.

Currently, there are approximately 527,000 individuals from 16 countries who are either registered for TPS or are newly eligible for it. The list of countries with TPS designations now includes Afghanistan, Cameroon, El Salvador, Ethiopia, Haiti, Honduras, Myanmar, Nepal, Nicaragua, Syria, Somalia, South Sudan, Sudan, Ukraine, Venezuela, and Yemen.

Some of these were designated on the bases of decades-old crises. A prime example of such abuse of discretion is when the Obama administration, as late as 2016, cited coffee rust (a leaf disease caused by fungus) to extend Honduras’s TPS designation, which was based on the damage caused by Hurricane Mitch in 1998. The Trump administration attempted to wind-down Honduras’s designation in 2018, but was prevented from doing so after a federal court in California enjoined DHS’s decision. (Never mind that the TPS statute expressly prohibits courts from reviewing TPS decisions. That is a topic for another discussion.)

Ironically, Congress created TPS to rein in the executive branch’s abuse of its discretion to grant humanitarian protection outside the confines of the law. Congress passed the Immigration Act of 1990 and created TPS in response to the former-Immigration and Naturalization Service’s abuse of its parole authority. TPS was intended to be a legal mechanism to limit who may remain the United States on humanitarian grounds and how long they can stay.

Today, however, DHS is abusing its authority on both fronts. Egregiously, rather than merely extending a country’s TPS designation, DHS has repeatedly “re-designated” countries without offering evidence of new triggering events warranting the new designations. Unlike an extension, a “re-designation” allows DHS to push up the physical presence requirement, allowing more aliens to receive TPS (and work authorization) even if they entered the United States after the date of a country’s initial TPS designation.

In the first 19 months of the Biden administration, DHS has designated or “re-designated” 13 of the current 16 countries on the list. No countries, however, not even those designated on the basis of decades-old storms, have been removed. Whether Ethiopians in the United States illegally have just been given a de facto (and permanent) amnesty remains to be seen.